In the third piece on thought diversity as part of the Change Challenge, Roger Kline argues that for it to work, various issues need to be tackled to make this a strong social movement in the NHS 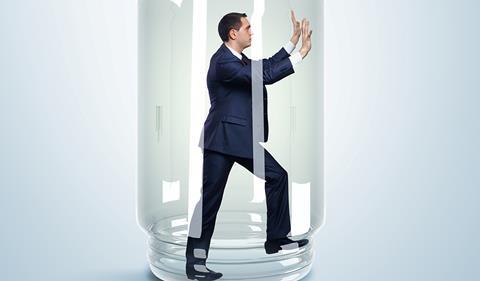 Fear and procrastination can be a barrier to career change

Fear and procrastination can be a barrier to career change

The precondition for good, safe innovative healthcare is a learning environment in which authority and the status quo can be challenged without fear of retribution and with a likelihood of being heard.

Healthcare systems across the world struggle with levels of bullying, and steep authority gradients much higher than in many other sectors. The NHS staff survey data suggests we have a long way to go and that the gap between the better NHS trusts and the rest may be growing.

In the NHS, despite the insistence by ministers and civil servants that Mid Staffordshire was an isolated example of poor care, it has become clear that aspects of the culture of poor care were widespread, though certainly not universal.

Bullying levels of 22 per cent (and significantly higher for black and minority ethnic and disabled staff) are not conducive to good care. They make it less likely staff will raise concern or admit mistakes, make for less effective teamwork and stifle innovation.

Diversity of thought is setting out what ought to be the normal means of discourse in healthcare:

It is to be welcomed, especially in so far as it changes the tone of discussion; encourages respect for difference; is counter cultural to bullying and leads to more diversity in hiring and promoting staff.

The research evidence that such an approach benefits patients, staff and organisations is overwhelming.

But I have a concern. Talk of “rock the boat, but stay in the boat” is fine but in significant parts of the NHS those who rock the boat may be ignored, seen as the problem or even pushed overboard.

I’m not clear that diversity of thought, which we should welcome with open arms, has yet sufficiently recognised or addressed the structural and behavioural obstacles to speaking freely, being listened to, or being treated with respect.

Research evidence on equality and bullying suggests an essential component, for example, in successfully challenging a bullying or discriminatory culture is holding to account those who lead organisations.

I suggest we need to find a way of combining the insights of diversity of thought with a challenge to the structural and systemic obstacles that are powerfully entrenched - for example, in large parts of professional culture and training, and in the behaviours of too many who lead the NHS.

Now that would be a really powerful social movement.