NHS managers should ensure that public services, including pastoral, spiritual, and religious services, are inclusive for all, regardless of a person’s religion or belief, says Andrew Copson 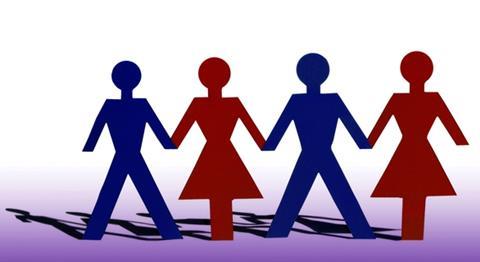 Increasingly, pastoral and chaplaincy care is being regarded as a crucial part of the ‘spiritual’ aspect of the holistic model of healthcare that patients should receive in the NHS, as recommended by the WHO.

In hospitals across the UK, pastoral carers are there at some of the most challenging times of patients’ lives to be a listening and sympathetic ear, and allow a patient to share whatever it might be that’s on their mind.

As a provider of non-religious pastoral care, our humanist pastoral carers are trained in listening skills, empathy, and ethics. They provide patients with emotional support and the ear of a like-minded person who understands their worldview.

The care that chaplains and pastoral carers provide has even been linked to better outcomes for patients.

But a recent report by the Network for Pastoral, Spiritual, and Religious Care in Health (of which Humanists UK’s Non-Religious Pastoral Support Network is a member), the umbrella body made up of representatives from the major religious and non-religious groups working in NHS chaplaincy and pastoral support services, found that not everyone is receiving pastoral care as equally as they should be.

The report found that if you’re a non-religious patient or a patient from a minority faith group – such as Sikhs, Muslims, Hindus, Jews, and Buddhists – then you are more likely to miss out on pastoral and chaplaincy care in NHS acute trusts in England than if you are a Christian patient.

It found 94 per cent of total visits in 2018-19 were being provided to Christians, in spite of only 38 per cent of British adults identifying as such. But the report found that the health inequalities that exist in pastoral care are ‘rife’.

It added that in 2018-19, 94 per cent of chaplaincy hours were provided by Christian chaplains, and lead chaplains who are Christian represent an even higher proportion. This is despite NHS services being required to provide equal care inclusive to all faiths and beliefs.

Workforce and unlawful employment practices are also raised in the findings. The vast majority of paid positions, when advertised, are restricted to individuals who are Church of England or Free Church members, which is likely to be unlawful under the Equality Act 2010.

This huge disparity can be explained by the fact that chaplaincy departments were originally established as Christian institutions, but what is unjustifiable is that there continues to be a lack of action by many NHS trusts to fix what is fundamentally a serious health inequality issue.

In modern society, where there are a diverse range of beliefs and worldviews, there has been a greater push to ensure that public services are inclusive for all, regardless of a person’s religion or belief.

Highlighting why equality issues have not been properly considered, the report pointed to a lack of oversight by NHS trusts, poor recruitment practices, a lack of representation in pastoral, spiritual and religious care, and concerns around the way in which inclusion is assessed by the Care Quality Commission.

These are all vital issues that must be addressed in due course and we hope that they receive the attention they deserve.

The head of diversity and inclusion at NHS Employers, Paul Deemer, endorsed the report describing it as a ‘call to action’ for NHS managers to reflect on how pastoral, spiritual, and religious services are provided in the future, including in chaplaincy services.

This huge disparity can be explained by the fact that chaplaincy departments were originally established as Christian institutions, but what is unjustifiable is that there continues to be a lack of action by many NHS trusts

Humanists UK campaigns for equal access to pastoral care in prisons, hospitals, and the armed forces across the UK, including Northern Ireland. Currently almost 20 per cent of prisons and 45 per cent of hospitals in England and Wales have a non-religious pastoral carer in their team, including some paid posts.

In 2018 Lindsay van Dijk was appointed as the first humanist to lead an NHS trust’s chaplaincy/pastoral care team. At the time we hailed her appointment as a positive reflection of the growing inclusivity of NHS trusts in their approach to providing religious, spiritual, and pastoral care.

While we continue to make substantial inroads with chaplaincy teams across the country by entering more settings, we unfortunately still face discrimination from some chaplaincy teams who operate the service exclusively by and for Christians.

What would be great to see is more healthcare leaders standing up for non-religious and minority faith patients to ensure that they too receive the pastoral care they are entitled to.

NHS officials are well aware that they must do everything they can to reduce health inequalities and provide equal care inclusive to all faiths and beliefs. As echoed by the report’s author Simon O’Donoghue, it’s now time to create a chaplaincy and pastoral care service that is inclusive and fit for the 21st century.