1
How India can help the NHS to see further 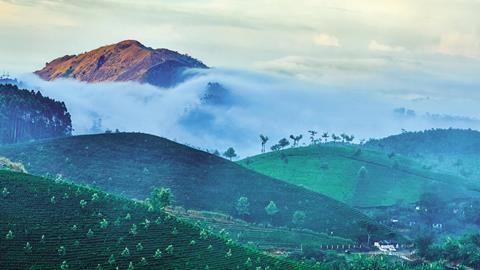 There is no reason why the NHS cannot plug some of its funding gaps using lessons from India’s affordable, high value healthcare model, says Daloni Carlisle

Hospital care in India seems about as far removed from the NHS as it is possible to get. Largely self funded, with 70 per cent of the population beyond the reach of urban concentrations of large hospitals, what could developments there possibly have to show us?

Ashwin Naik, co-founder and director of Vaatsalya, is at the forefront of developing high value healthcare in India. This prize winning company is an acknowledged leader and listed one of the top 10 firms in Innovative Companies in India.

He is also a regular visitor to the UK, where the most frequently asked question is how do we do more for less?

The answer is deceptively simple: carry out only high volume procedures, invest only in what is necessary to do them and have a strategy for developing in future.

Dr Naik explains how and why he started Vaatsalya 12 years ago. “The biggest problem we have in India is accessibility of healthcare,” he says.

“Seventy per cent of India’s population lives in rural areas but 80 per cent of the hospitals are in urban areas.

Carry out only high volume procedures, invest only in what is necessary to do them

“When I started Vaatsalya we had all the latest technology available in these hospitals and the greatest doctors in the world but they were out of reach of the rural population.”

Dr Naik had trained in southern India alongside a cohort of doctors who came from rural India and wanted to practise there, drawn by close family bonds.

He says: “Most of our colleagues after graduating and specialising had a desire to go back to the rural areas to practise because that is where they felt they could flourish. But none of them went.”

There were three reasons. First, there were no jobs. If they wanted to start something, there was no support and no infrastructure such as blood banks or an ambulance service.

Finally, these doctors had neither the administrative nor the managerial expertise to set up a hospital.

“My co-founder and I reasoned that if we created the infrastructure, provided the system support and took care of the administration, then people would come. So that’s how we started.”

The first services offered by Vaatsalya was mother and child care. Over the years the range of services has expanded. Today,

Vaatsalya has nine hospitals across Karnataka and Andhra Pradesh, bringing primary and secondary care facilities to around 500,000 customers a year. It has 700 beds, 100 doctors and 600 nurses.

If someone else locally has a CT scanner, we will not buy one. If there is an existing hospital

“When I show NHS doctors pictures of our theatres, they say it is almost like there is nothing in them,” says Dr Naik. “But for us to do what we want to do, we do not need everything. So when NHS doctors see this, first they feel thankful for what they have and second they are inspired to do more for less.”

But back to the Vaatsalya story. Right from the start, Dr Naik was very focused on doing a few things really well rather than a lot of things for which his hospitals were not resourced. Any investment should be maximally utilised.

“We would not make an investment if it was something that was going to be used once a month,” he explains.

When it comes to the critical parts of the operation – whether that is intensive care or theatres – there would be no compromise in the investment. “But when it comes to recovery rooms or waiting areas – these are not areas we invest in heavily.”

His final tenet was that Vaatsalya Hospitals would not replicate anything being done elsewhere in the locality. “If someone else locally has a CT scanner, we will not buy one. If there is an existing hospital, we will not build a new one but may take over and upgrade the existing facility.”

Taken together, this means that Vaatsalya Hospitals do a limited range of procedures at high volume for low cost in a no frills environment. Nine out of 10 patients are self funding and they are typically middle class people on wages of £200 to £600 a month; the average cost of the service is £350.

With such a limited range of procedures, inevitably the hospitals turn some patients away. “We run orthopaedic centres,” says Dr Naik.

If hospitals can turn patients away, they can also engage with the communities in innovative ways and many run regular disease or population segment specific free “camps” aiming to find undiagnosed and treatable diseases such as kidney disease or asthma or educate around safe pregnancy, for example.

Decisions about expanding the range of services are developed in a three yearly cycle. “Every three years we do a strategic evaluation,” says Dr Naik.

”We have been around the cycle three times now.”

The biggest challenge for Vaatsalya is how to attract the doctors, says Dr Naik. “How do you find and motivate doctors to stay in these small towns and ensure that their spouses and children have the right facilities?”

He uses what he jokingly calls the “guilt, greed and fear” challenge. He explains: “Most young doctors from these small towns have a desire to go back so we say ‘here is an opportunity to go back.’

“We also show them a financial incentive by giving them the opportunity to build a practice where the population is. The competition in the cities is becoming more and more tough.”

The company is responsible for the management and administration, for attracting customers and running the operation. The doctors can get on with the practice of medicine and do so either as salaried employees or “freelancers” – what we might think of as locums.

So much for the theory, how well does it work? There are a number of ways of answering this challenge. There is the business side and here the answer is yes.

“We have been able to demonstrate that it is possible to run a viable hospital in a small town and attract doctors to build a good patient base,” says Dr Naik.

Then there is the matter of outcomes and here the answer is less clear-cut, admits Dr Naik. “In India as a healthcare sector we do not have standards of reporting and no external agencies to mandate reporting.

”Certainly we monitor a home grown clinical quality index and ask ourselves are we doing better than last month or not? We are still in the early stages and we are not able to benchmark against other providers.”

We find our nurses end up being deskilled by doing work that could be done by others, including by patients themselves

Training has been critical in supporting high standards, he adds. Vaatslaya works with education partners to give doctors and nurses access to online training and to build customer feedback into the training loop.

Dr Naik says: “We have built an electronic feedback system from the customer to the people undergoing training. We find this impacts on the level of care.

“There is a tremendous shortage of nurses in India and we already train people to work as nursing aids. We find our nurses end up being deskilled by doing work that could be done by others, including by patients themselves.”

The notion of giving more power to patients does not stop here, though. Dr Naik is the leader of a separate global movement called Ashoka Vitalness.

It is a network of social entrepreneurs who believe that the future of healthcare cannot be hospital based – the model is neither affordable nor sustainable. In a world where chronic diseases cause seven out of 10 deaths and where 90 per cent of the global disease burden is in low and middle income countries, a new model is needed.

The Ashoka Vitalness partners are building a kind of Marmot-plus approach that takes the argument about prevention being better not just for health services but for people and communities too and adds another layer on top – Vitalness.

It’s about creating the conditions in which people can thrive by delivering holistic, integrated person-centred care at the doorstep, in schools and in the workplace. If people thrive, the argument runs, so can their communities.

It is, says Dr Naik, early days but the group is exploring how to create sustainable business models, how to get employers to invest the Vitalness of their workers, how to move healthcare professionals from caring for people to empowering them to achieve their own Vitalness and developing metrics for nutritional status.

“For example, we are working with a large firm of US health insurers and putting together a team to explore all this further,” he says. Dr Naik would be the first to agree that there are vast differences between his hospitals and an NHS hospital.

“We have to look at the stages and evolution of healthcare,” he says. “I think there are four stages.

”The first is creating access. Next is bringing affordability.

”Number three is standards and quality and four is creating a sustainable business model that creates healthcare equity for all.

“Our business is still in the first bucket. The majority of larger hospitals are in the third bucket of standardised quality and how to benchmark against standards.

“Now, if I want to compare with the UK, the biggest thing going for your country is that the payer is the state. Hence, the interesting challenge is that in the short term money is not a problem.

”When your payer is the patient, you have to bring the cost right down. The answer lies somewhere in between – having a state provided national insurance system which does not cover everything.

Does the wider question of affordable, high value healthcare have resonance in the NHS?

”We need to find a way to get people access at a level that is a common minimum and where people pay for what they need beyond a certain point.”

In India this is beginning to happen. Over the last three years the state has been developing an insurance programme to provide affordable basic healthcare.

It has now enrolled 800 million people. Vaatsalya is an accredited provider under this scheme.

But does the wider question of affordable, high value healthcare have resonance in the NHS? Does this model of value, effected not through ever-improving outcomes and patient experience but by providing “good enough” care that is safe and clinically effective at much lower cost, provide a challenge to our current thinking about how resources should be distributed?

It is a question that would pose fundamental challenges about what we think of as high value healthcare in a high-income country as well as about the fundamentals of the NHS. Even talking about this is a big ask – but then so is meeting the £30bn funding gap.