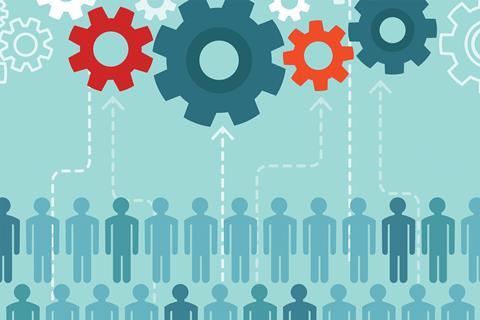 At last, the dangers inherent in NHS trusts in England setting up wholly owned subsidiaries in a bid to avoid tax are becoming increasingly apparent in terms of threats to patient services and jobs.

However, the tide is finally turning against the creation of WOSs in England with the latest announcement that Tees Esk and Wear Valley Trust has abandoned its plans to create a wholly owned subsidiary for support services and other key staff.

In each instance, local campaigns brought together staff and the community to declare that the NHS means a NHS for all and calling out wholly owned subsidiaries for what they are – backdoor NHS privatisation masquerading as an exercise in financial efficiency.

Unite, which has 100,000 members in the health service, wants Her Majesty’s Revenue and Customs to close this loophole, but the request has, so far, been rebuffed by the Treasury.

This summer, the Department of Health and Social Care took steps to ensure that if a NHS trust or foundation trust wants to set up a wholly owned subsidiary they will have to get approval and sanction from the health department via NHS Improvement and report their interest in setting up the company to NHSI.

The main purpose of this is to ensure that a NHS trust does not place itself at financial risk for setting up a wholly owned subsidiary. Unite welcomes this statement, but believes the government should go further.

Unite wrote earlier this year to the former health and social care secretary Jeremy Hunt calling for an immediate moratorium on further private limited companies being established by NHS trusts in England.

At the time, Hunt failed to address these legitimate concerns – we hope for a more positive response from his successor, Matt Hancock.

We believe WOSs could be creating a Pandora’s box of dozens of Carillion type meltdowns among NHS trusts in England, which would have a detrimental effect on key health services and the employees that provide these services.

Unite members in East Kent (24-28 September) and York (27-29 September) will be taking industrial action, as a last resort, after a campaign to defend their NHS status, stop their outsourcing to a private limited company and to halt privatisation of vital NHS services.

They will be standing on the shoulders of workers at Wrightington, Wigan and Leigh Foundation Trust, where outsourcing to a wholly owned subsidiary culminated in strike action in July. This action ended in success when a solution was found and staff were not transferred to the WOS. Again, protests involving the local council, MPs and the community contributed to this heartening victory.

Electricians, plumbers, fitters, porters and cleaners carry out a crucial role in keeping hospitals open and properly functioning. They are a core part of the NHS “family” and their jobs should not be hived off.

We are not prepared to allow the jobs of our members to be sold off, which will inevitably lead to job cuts and attacks on the terms and conditions further down the line. It would transmute into fool’s gold if the HMRC eventually closes the tax loophole.

Unfortunately, there are about 40 of these entities announced or already up and running in England – and many outpatient pharmacies in hospitals have gone the same way. However, as previously mentioned, a serious pushback has started.

Though NHS Providers promotes the creation of WOSs, it is not the answer to the last eight years of chronic underfunding of the NHS and the parlous finances of many NHS trusts in England.

There is strong evidence where wholly owned subsidiaries have been set up that once staff are transferred to the private limited company, new employees are not given access to the NHS pension scheme

There is strong evidence where wholly owned subsidiaries have been set up that once staff are transferred to the private limited company, new employees are not given access to the NHS pension scheme and are offered inferior Agenda for Change terms and conditions.

This is where these companies seek to make savings, by short changing hard working staff and seeking to be more “commercial” and “sustainable” NHS companies – an enterprising approach to health because that is what profit hungry accountants and management consultants are telling trusts.

Our members at the East Kent Foundation Trust and York Teaching Hospitals Foundation Trust are at the forefront of a much wider policy struggle over the future direction of the NHS and the disaster of the discredited 2012 Health and Social Care Act which has led to a health system in England of privatisation and fragmentation, which even health leaders don’t understand and cannot navigate.