Give back to the community to sow the sustainability seed

Setting up a social responsibility group was one of the most rewarding experiences for trust chief executive Rob Forster. He tells Jennifer Trueland how the group transformed his trust’s involvement with the community, and won them an HSJ award. 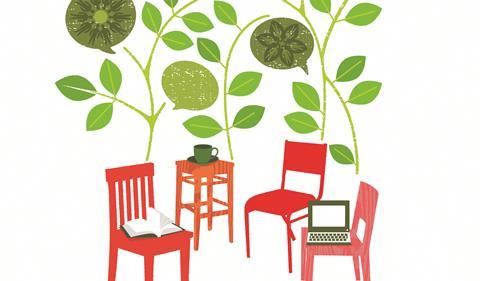 Given his background as a finance director, Rob Forster might be expected to take a hard headed view of the financial implications of environmental sustainability on his trust, Wrightington, Wigan and Leigh Foundation Trust. But when he set up a social responsibility group, the impact on patients and the local community became the main driver.

‘We brought together a whole lot of people, including nurses, medics and operations staff’

Now, as acting chief executive of the FT, Mr Forster says that while there is a business case for many of the activities of the group, this was not its main motive.

“I do believe that there are long term benefits in keeping environmental costs down, but in a town like Wigan, where the hospital is one of the most iconic buildings on the main thoroughfare, I think it’s our duty to help the population,” he says.

“Our job isn’t just accepting them [when they come to hospital] and mending them brilliantly, it’s also about giving aspiration, particularly to our young people.”

Mr Forster set up the social responsibility group two years ago when he was finance director of the trust, and has kept on the role in his current post.

The group’s achievements over this relatively short period were recognised at the HSJ Awards 2014, when it took top prize in the category for improving environmental and social sustainability.

Judges praised the group for “aiming to create a social movement for environmental and social change with a clear impact on reducing inequalities”.

What did they do and did it take the drive of the social responsibility group to do it?

“We brought together a whole lot of people, including nurses, medics and operations staff,” he says.

“There was already quite a lot happening on the ground, but we had the idea of consolidating that to give it more cohesion and more weight. It’s achieved a lot already and we have big plans to do even more.”

Four ways to a win

Each area can point to tangible benefits. For example, one environmental project has involved installing three charging points for electric vehicles, on each of the main trust sites.

“We made them free to use for staff and the public,” Mr Forster explains. “I know of at least one member of staff who traded in his car for an electric one as a result, and has become a hero to his kids.”

The education strand is particularly designed with the demographic challenges of the area in mind.

“We have above average school results [in the area], and we want our young people to understand that they can have a career and work locally. They don’t have to go to London or Manchester,” he says.

The trust has organised a scheme that includes work placements for long term unemployed people and people with learning disabilities, among others. Many have gone on to full employment, some at the trust.

An initiative to teach CPR in primary schools has been popular with children and parents alike, he says, and has the knock-on effect of promoting positive feelings about health and the NHS.

On health and wellbeing, the group has been looking for practical ways to get staff and the public thinking about and adopting healthier behaviours. For example, 729 members of staff participated in a “walk the world” challenge, where they were issued with free pedometers to log their steps.

“We’re working on expanding it and involving the public,” he says.

With the wellbeing of patients and families in mind, the trust has also introduced free wi-fi.

“It’s been really well received, especially by patients, who can use it as a way to keep in touch when they are in hospital,” he says.

The final strand is, in a way, the hardest to define: aspiration and inspiration are the headings for a variety of pieces of work that – like the work programme mentioned above – aim to enthuse the local population about being a part of the trust.

But they also involve many aspects of the other strands, including improving health and wellbeing, as well as the environment.

For example, the trust held a youth congress that offered a combination of careers advice and health promotion. One particularly popular stall at the event involved giving young people “beer goggles” – glasses that made them feel dizzy to mimic the effect of drinking too much alcohol.

“The hope it that it might put them off binge drinking,” he says.

Another initiative has involved raising money to transform what was essentially a store cupboard into a multisensory room, which is proving hugely positive with children, and there are plans underway to hold a festival or concert this summer to promote cancer awareness.

For Mr Forster, winning the HSJ award and seeing the outcomes of the social responsibility group’s work is hugely rewarding.

“It’s one of the things I’m personally most proud of in my whole career,” he says. “It’s not about finance; it’s about giving a little bit back and that feels great.”

Wrightington, Wigan and Leigh FT won the Improving Environmental and Social Sustainability Category, sponsored by the Sustainable Development Unit, at the HSJ Awards 2014