Four Eyes Insight helps NHS trusts improve operational productivity. In the first of two articles, the company’s founders explain their experience of the productivity opportunity and the clinical perspective they bring to it. 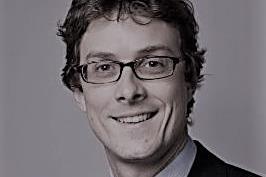 Henry Carleton first saw the productivity opportunity as a junior doctor. “When you finish a four day on-call and you’ve spent hours filling in hundreds of forms and drug charts and you’re a trained doctor – if anything teaches you that the NHS could use its resources and capacity better, it’s that experience.” In 2000, he started a company to help trusts build effective rotas for clinicians. By the time the company was sold in 2011, more than 160 NHS trusts were using its tools.

That year austerity was really starting to bite. Dr Carleton saw the only way for the NHS to thrive was by ramping up operational productivity. “In a world of tightening budgets, growing demand, greater clinical expectations, and with patients still being channelled into hospitals – the most expensive point of healthcare delivery – the net effect is you have to be more productive. You have to work out your capacity and how to maximise it.”

Dr Carleton was able to develop his ideas for rapidly improving productivity working as a business consultant at South London Healthcare. But so far in his career he had met nobody who saw the opportunity the same way or had seized it in practice. So he was bowled over to hear former army nurse Brian Wells telling a Shelford Group meeting in late 2012 how he had done both in not one but two NHS treatment centres.

The first was SWLEOC, the South West London Elective Orthopaedic Centre. A joint venture between five hospitals dedicated to hip and knee replacements, SWLEOC had the bad luck to start operating at the same time as PBR, which hadn’t been factored into its business model. When Mr Wells became its operations director, the centre was losing £0.5 million a month on turnover of £30 million.

“The focus on clinical quality and pathway design was fantastic but the administration processes and patient flow aspects were poor.” 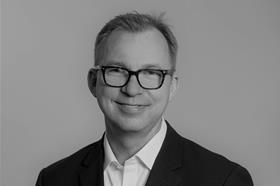 Turning it round meant getting a grip on scheduling theatres, staff and patients. Once all the surgeons were operating at their optimum, the centre could meet both its quality and income targets. Hard bargaining with suppliers also brought costs down.

When we show them the data demonstrating a new schedule is doable, with no one having to work longer, we give them confidence that it’s going to happen

In 2010, Guy’s and St Thomas’s approached Mr Wells to sort out its T&O service. With a massive waiting list backlog and only 50 per cent being treated within the referral to treatment target, commissioners had given the trust 12 months to put things right.

In Mr Wells’ first year as director of orthopaedics, working with an ambitious and determined clinical leadership, the unit did 1,500 additional operations through its four theatres. Clinical audit showed the unit’s quality levels stayed high, while total costs fell and costs per patient plummeted. 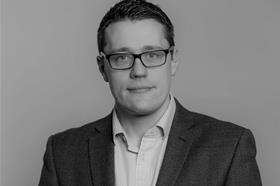 Mr Wells had won the trust’s backing to procure almost all equipment from a single supplier, investing some of the savings this brought in people and equipment. “We didn’t ask anyone to work longer. All the waste was in downtime.”

As at SWLEOC, the main levers were providing effective cross cover of theatre sessions, scheduling to optimal lists, focussing on reducing cancellations and gaining surgeons’ confidence in the administration processes in order to work full lists.

“Surgeons want to operate but need assurance that the system can cope with the increased throughput”. It was at Guy’s that Mr Wells developed “Superlisting”, providing increased anaesthetic support in order for surgeons to spend the majority of their theatre time operating on patients – “what most surgeons really want.”

Hearing Mr Wells’ story, Dr Carleton saw that their complementary experience and clinical perspective equipped them uniquely to help trusts transform productivity in surgical pathways. This was at a time when policymakers were upping the pressure on trusts to do more for less.

Dr Carleton and Mr Wells launched Four Eyes Insight together in February 2014. At first, they diagnosed for trusts where the big opportunities lay. “It’s tough for trust managers to see the wood for the trees. Henry was able to bring productivity data to life for them, translating it into actions they can understand,” says Mr Wells.

Being clinicians themselves helped them overcome medical cynicism about management consultants. “We understand what constitutes unsafe,” says Henry. “You can be highly productive on a theatre list but it’s not always safe or possible to do more. People find our appreciation of what is and isn’t safe reassuring.”

And they know clinicians need good data. “When we show them the data demonstrating a new schedule is doable, with no one having to work longer, we give them confidence that it’s going to happen,” says Brian.

When James Fleet, a clinical workforce specialist, joined the team in August 2014, Four Eyes started to help trusts implement change as well. The company has since grown to employ more than 50 people. Today, it applies its methodology with trusts across the country to a range of clinical operations beyond theatres, including cath labs, endoscopy, radiology, outpatients and emergency departments.