Bridge the divide between whistleblower and employer

More than central support for whistleblowers, understanding what makes a ‘good employer’ and a ‘good employee’ could help bring about a change in NHS culture, says Neil Margerison 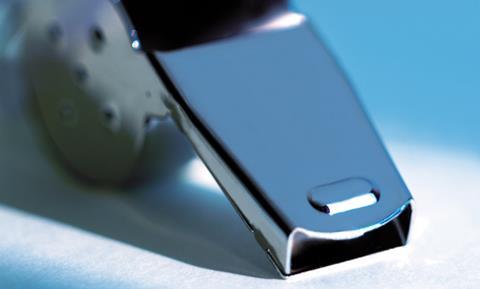 Following the publication of the Francis report this year, there has been a conscious effort to give greater protection and profile to whistleblowers. But why is it that whistleblowers are warned they will face hostility, bullying and intimidation and that they are putting their careers in jeopardy?

There is increasing support for whistleblowers. Patients First – co-founded by Dr Kim Holt, who is eloquent in her description of what happened to her including being stopped from working for four years – campaigns for more openness and accountability in the NHS. Unsurprisingly, the group fully supports the Speak out Safely campaign by HSJ’s sister title Nursing Times.

There is also a wealth of policy and other guidance for whistleblowers, including legal protection from the Public Interest Disclosure Act. The law makes it clear whistleblowing must be done in good faith, though this principle may have been undermined by the Enterprise and Regulatory Reform Act. It also distinguishes between internal disclosure, regulatory disclosure and wider disclosure.

Whistleblowing is further supported by the charity Public Concern at Work, which provides advice and guidance both for whistleblowers and organisations.

Similarly, NHS Employers offers guidance for both employers and staff. It also refers to the national Whistleblowing Helpline, as well as to its own Speaking Up charter introduced in October 2012.

Much has been made of the Franci report’s recommendations around duty of candour. One of the qualities necessary to support this is openness, which is defined in the report as “enabling concerns and complaints to be raised freely without fear, and questions asked to be answered”. This is clearly essential for routine and effective internal whistleblowing.

I suggest that amid all the talk of public safety and public good there has been a failure to appreciate what it means to be an employee within an NHS trust, and that external whistleblowing represents a major disruption of this relationship.

Employees in any organisation might identify themselves as part of and at one with their employer. This idea is illustrated by staff who are all “partners” of the John Lewis Partnership. Similarly, although not employees as such, the impact of the gamesmakers of the 2012 Olympics and Paralympics was widely appreciated. Critical to these kinds of involvement are shared values and a common purpose.

‘London Underground disputes are typical. Both sides lay claim to an ideal such as “public safety” as being theirs alone’

Employees might alternatively see themselves simply as workers, somehow separate from their employing organisation. “Us and them” often describes the split between workers and management and suggestions that this idea might be outdated overlook a powerful tendency of human nature.

London Underground disputes are typical. Both “sides” lay claim to an ideal such as “public safety” as being their’s alone, accusing the other side of being selfish and self-serving (as if they were not themselves). Worse still, they might allege some nefarious and secret plan of destruction.

Anyone working in the NHS will recognise all these ideas, ideals, accusations and behaviours − often occurring in the same organisation at different times and in different places. Favourite among clinicians is the demonisation of managers.

Doctors (and others) might say that managers care more about figures than they do about patients; or more insidiously, that only they understand their patients and what they need, and that any time spent away from this − such as in management − is wasted. Managers, too, might see doctors as empire builders and self-serving.

‘A good employer will encourage and enable the raising and reporting of concerns. A good employee will wish to do so and will expect to be welcomed’

Books have been written about organisational cultures and how they might be influenced. They ask questions such as: “What are the stories circulating in your organisation?” or “What does it mean to be a good employer and a good employee − or ‘good enough’?”

Most individuals and groups who answer these questions list a number of common values and principles such as respect, fairness, tolerance and openness. They will also cite common purpose, good communication and standards of behaviour and work performance. These are all relevant to the issue of raising concerns.

A good employer will encourage and enable the raising and reporting of concerns. A good employee will wish to do so and will expect to be welcomed, or at the very least listened to. Good listening includes actively acknowledging what you have been told. That is, summarising it and checking whether your understanding is correct. It is immediately apparent that routine email communication is inadequate for this.

The good employee, having raised the concern, expects to be informed about what has happened. The good employer will do so − and there will be times when the response is negative such as, “We have looked into this and we don’t agree”; or, “We acknowledge the problem and there is nothing to be done at present.”

Underlying these transactions is the shared understanding that we all want what is best and that we are trying to achieve this together. This sense of unity includes expectations of loyalty.

Bad employers treat the raising of concerns as unwelcome and unwarranted criticism. It follows that they will seek ways to place employees who raise concerns at a distance: “They must be atypical, not part of the team,” and so on.

This extends to them being described as vindictive, self-serving and, worst of all, seeking to undermine the organisation (a fundamental failure of loyalty).

It will be apparent that those in positions of authority within such organisations tend to be affected by false pride and, perhaps more obviously and more commonly, by anxiety about their authority. The “fear” associated with this anxiety affects how they treat their employees.

There are, of course, bad employees. However, we may reasonably − though not easily − expect that their attitudes and behaviours will not flourish within the culture set by a good employer.

It follows from the above that within “good employers” the act of raising concerns is fundamentally a loyal act − for the good of the organisation.

Within “bad employers” the act of raising a concern is treated as if it were an attack on the organisation − a disloyal act.

Note the inherent trap in superficially dividing organisations in this way. In practice, no organisation is all good or all bad.

It follows that taking a concern outside the organisation is an attack on that organisation and is an act of betrayal.

‘External challenge tends to make organisations defensive and protective, rather than open’

No organisation can reasonably be expected to welcome such behaviour. Clearly, it is different if the organisation chooses to invite external review in response to a concern. But if the only person seeking independent scrutiny is the whistleblower, they place themselves outside of the organisation.

From this perspective it makes no difference whether the organisation is a good or a bad employer: they will react in much the same way. Criticism and “attacks” on such whistleblowers are therefore not good discriminators of the nature of the organisation.

Clearly there need to be safeguards from the failures of poorly led and poorly managed organisations. This is the role of non-executives at board level and of scrutiny from medical royal colleges and external regulators.

However, it is unlikely that central measures aimed at strengthening whistleblowing outside of people’s organisations will be effective. Indeed, such measures risk undermining the organisations they seek to improve.

As is apparent in areas of the NHS, external challenge tends to make organisations defensive and protective, rather than open.

If central targets are required, positive change is much more likely if you set minimum numbers of concerns raised and acted on within the organisation.

The description of good employers and good employees above offers a model that could be used to devise suitable NHS-wide interventions towards any necessary change in culture. This would help enable concerns to be raised within NHS organisations without fear − and for these concerns to be addressed.