Duty of candour: How to deal with patient harm and complaints

A breach of the duty of candour will be a criminal offence, so it is imperative that you and your organisation know how to deal with an incident of patient harm or complaint. Jonathan Heap explains how 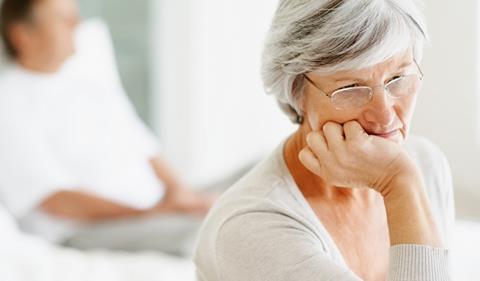 The statutory duty of candour is one of the fundamental changes arising from the Francis report.

It introduced a requirement for providers of health and social care to be open with patients and to apologise when things go wrong.

Since April 2013 a contractual duty of candour has been in operation that requires healthcare providers under the NHS standard contract to disclose cases of “moderate harm”, “severe harm” or death.

The Health and Social Care Act 2008 (Regulated Activities) Regulations 2014 have now been published and will be implemented as follows:

As expected, the statutory duty will apply to organisations registered with the CQC rather than individuals. The CQC published guidance for NHS bodies on 27 November and the General Medical Council and Nursing and Midwifery Council have issued draft guidelines for consultation to reinforce this at an individual level.

Providers are expected to implement the duty across the organisation, requiring the education and training of staff. Policies and systems need to be revised to ensure that harm is identified and reported.

The duty is engaged where there is a notifiable patient safety incident resulting in death, severe harm or moderate harm. This includes prolonged psychological harm, as described by the Dalton review. The exact definitions have been the subject of debate but are confirmed as follows:

In any case, the injury must result from the incident, rather than being related to the natural course of the illness or underlying condition.

The duty will be overseen by the CQC and enforcement will be against the service provider, rather than patients having a direct right of redress.

A breach of the duty of candour will constitute a criminal offence, carrying a maximum penalty of a level 4 fine (currently up to £2,500). The real cost will be reputational.

Where the patient has died, lacks mental capacity or is under 16, and is not competent to make treatment decisions, the notification must be given to a “relevant person”, who can be anyone lawfully entitled to act on their behalf.

An apology must be provided in any case, even where there has been an “honest error”.

Apart from the requirement for the initial response “as soon as reasonably practicable” there are no deadlines in the regulations. However, you need to comply with the contractual duty deadlines and it is good practice if local policies set out time limits to work to.

The NHS has long advocated the need to apologise when things go wrong, providing a full explanation of what happened. The latest guidance from the NHS Litigation Authority, Saying Sorry, includes useful advice for healthcare providers on when and how apologies should be made.

“Saying sorry when things go wrong is vital for the patient, their family and carers, as well as to support learning and improve safety.

“Of those that have suffered harm as a result of their healthcare, 50% wanted an apology and explanation.

“Patients, their families and carers should receive a meaningful apology – one that is a sincere expression of sorrow or regret for the harm that has occurred.”

Where mistakes have been made, start with a clear explanation and a prompt verbal apology.  A written apology should also be given that clearly states that the organisation is sorry for the suffering and distress caused.

Where possible this should include details of the learning which will be implemented to improve services and prevent errors from recurring.

This is what patients want to know.

Staff should feel supported throughout any investigation process, not forgetting that they too can be traumatised by their involvement. Training on the duty of candour and your “being open” policy is important.

Staff need guidance about who should talk to patients and what they should say. They may be concerned that they will cause upset, exacerbate the situation or create a legal liability.

‘Staff should feel supported throughout any investigation process, not forgetting that they too can be traumatised by their involvement’

Local policies should explain how you identify the right person to lead in each case. Remember to consider seniority, relationship to the patient, experience and expertise when making this decision.

Frontline staff must feel empowered to communicate effectively with patients and families where something has gone wrong.

It is often appropriate for the clinician involved to provide the apology and explanation. However, care should be taken when deciding whether those involved in the treatment should attend meetings with patients.

On occasion, the patient may prefer that a particular professional is not present. In that case, a personal written apology is often valuable.

10 tips to comply with the duty of candour

Should you act differently if the patient makes a formal complaint or claim?

The decision to take legal action may be determined not only by the original injury, but also by insensitive handling and poor communication. This can be avoided by an early apology given in a truthful and open manner.

Is an apology the same as an admission?

No. An effective and meaningful apology can be given without amounting to an admission of legal liability.

The Litigation Authority are clear that saying sorry “is not an admission of legal liability; it is the right thing to do”. Their guidance confirms that they will not withhold cover for a claim because an apology or explanation has been given.

Providers are obliged to monitor incidents and identify patterns of poor care.

Boards should scrutinise incidents, share learning and use that information for service improvement. This will require a coherent approach to collate information gathered from incidents, complaints, inquests and claims.

Robust board leadership, oversight and insistence on visibility of patient and staff feedback will support the NHS to create a safety and learning culture.