Eleanor Smith: 'The political will isn't there anymore'

Greater diveristy and spreading equality in the health service has stalled because the political will for further progress has gone, former Unison president Eleanor Smith tells Nosmot Gbadamosi 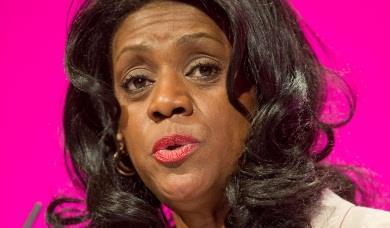 Eleanor Smith believes positive discrimination is needed, despite not agreeing with the principle initially

Three years ago, a theatre nurse from Birmingham was elected president of the trade union Unison. The event would have been a bottom page stub of most nationals – except that this particular nurse happened to be black. “Unison union elects first black woman president” read the headlines.

The coverage divided opinion, with many wondering why her skin colour had to feature in news stories at all. One commentator said: “Whether the post holder is black or white, male or female, gay or straight or indeed disabled or able bodied it should make no difference.

“The NHS is extremely diverse, surely this appointment just reflects that diversity and I don’t understand why it is being trumpeted in the way that it is. Surely colour and gender are irrelevant?”

This is a question Ms Smith has asked herself many times. “I think in the country there is one [hospital] chief executive that’s black,” she reflects.

“As a black person I didn’t really see that many black senior [nurses]. There were lots of [nursing] auxiliaries, we had loads of them and a few staff nurses but not many ward sisters.”

Pressure to set an example

While she is proud of her achievement she recounts the pressure of being that “first” and opening up avenues for prospective future black and minority ethnic leaders: “How I behave, how I talk and how I carry myself. I had to make sure that what I do reflects on the next black person that comes in.”

It narrowed down to representation and “just making sure that people see that I am an ordinary person like everybody else and yes, you can do it. I’ve made history once but I don’t want to remain on the history books. I don’t want to be the only one,” she concludes.

At the age of 19, Ms Smith started her nurse training at the George Eliott hospital in Nuneaton, moving onto Russells Hall Hospital in the West Midlands. She currently works as a senior staff nurse at Birmingham Women’s Hospital, a post she has held since 1985.

Within nursing her career progression has been minimal. “I came in and did the training. I went straight into theatres. I was a senior staff nurse for a while and then I married, had children and went part time.” In those days, she says, if you went part time you did not necessarily have any kind of career path.

“When I came back from maternity leave they wanted to put me on a D [grade]. I was a senior staff nurse at that time and I said no. I wanted to be an E and I appealed against it.”

Ms Smith won the appeal, but the sense of inequality she felt remained, causing her to become involved in union work.

She felt the clinical grading system employed at the time was unfair, and did not take into account staff specialism and skills. It predominantly affected those at the bottom end of the pay scale who tended to be from a black and minority ethnic background.

“Most of the groups that were in those cohorts, particularly auxiliary nurses, were black and this was a grading system that if they were doing certain specialisms, they would be able to get a B, and yet the specialist nurses in the theatre were classed as an A. They would not band them up to a B,” explains Ms Smith.

She clarifies: “Even the [black nurses] that were senior, they didn’t get recognition for being senior. They were given the lower bands”.

‘Even the black nurses that were senior didn’t get recognition. They were given the lower pay bands’

She took her concerns to the National Union of Public Employees (which later became Unison), following her recruitment as shop steward by a porter in 1990. As Unison president in 2011, an unpaid 12 month fixed term role, she chaired the union’s national conference.

“The Stephen Lawrence case and institutional racism was a wake-up call to everyone. It was something that we as black people within the industry knew was going on but it was acceptable. Then all of a sudden it wasn’t and [NHS leaders] had to start making a difference,” she explains.

Ms Smith is not alone in this conviction. In 1999, immediately following the Stephen Lawrence inquiry, the BMA and other associations called for the government to help stamp out institutional racism within the NHS. In 2004 an inquiry into the death of psychiatric patient David Bennett also concluded that “institutional racism was present throughout the NHS” and that the government needed a greater effort to combat it.

Following the Lawrence inquiry, “the equality agenda was then put on the table and they introduced these leadership schools”, says Ms Smith.

However, she believes, the leadership courses and schools were a flawed concept in encouraging greater diversity among NHS leaders.

“Why would you want to do a course when at the end of the day you’re not getting anywhere?” asks Ms Smith. A point that has been raised by many of HSJ’s BME Pioneers.

We can’t slip back

She believes that these courses need to demonstrate they can deliver real results in encouraging greater numbers of BME managers and leaders rather than being an expensive exercise. “It needs to be proven” that they filter through to the top, she explains.

Has there been further progress? “Within the nursing industry in particular there is still that element of racism. Institutional, you can call it that. Because that’s what it is. We are beginning to go back to pre-Stephen Lawrence and I think it’s because the political will isn’t there anymore and the [government] don’t feel like they have to do it.”

She adds: “To think that within four years we’ve slipped back to what it was.”

Ms Smith believes positive discrimination is needed, despite not agreeing with the principle initially. “I did not agree with it but I do now because [BME staff] are not given the opportunity on the management side.”

However, she thinks positive discrimination is unlikely to happen. “The [government] is not going to [introduce the concept] because they think the NHS is an equal place anyway. We treat patients free at the point of delivery; we don’t question where they come from.”

“These are our ethics when we work in the NHS, so they naturally assume that this type of ethos is following through into the staff and it doesn’t,” she explains.