When job dissatisfaction among specialist and research nurses was rife at one trust, a review was conducted. It found there was a lack of understanding of the role and the trust set about making changes in working practices and staff structures, write Linda Purandare and colleagues 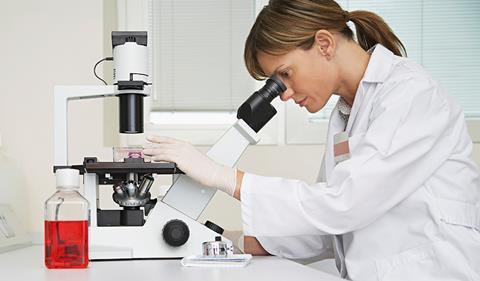 ‘Research nurses felt their clinical line managers did not understand them’

In 2011-12 Royal Bournemouth and Christchurch Hospitals Foundation Trust undertook a review of specialist nurses, including research nurses, using activity diaries and interviews. Analysis of the data show a uniform dissatisfaction among research nurses, who felt their clinical line managers did not understand them.

They reported being denied access to training and meetings essential to their role. A review of their diaries revealed that these nurses, all in salary band 6 or 7, spent much of their time undertaking clerical work.

In August 2012, the trust’s director of nursing and head of research appointed a lead research nurse. The initial remit was to provide managerial and professional support for research nurses, but this was quickly expanded to review and restructure the clinical research teams, including data management.

The clinical trial teams evolved piecemeal in an unregulated way; a medical consultant who wanted to conduct a clinical trial employed a nurse who would quickly be overwhelmed by the necessary paperwork for the trial, and so another nurse would be employed to assist. And so it continued.

These nurses were line managed by busy senior nurses working within the directorates who had little or no understanding of the relevance or conduct of the clinical trials.

There was a variety of job descriptions and a clear lack of consistency or fairness, with little difference between the band 2 and band 5 data manager roles.

The lead research nurse conducted a review of job descriptions and person specifications for the nurses to create generic job descriptions, with options for a few specialty specific additions. The same process was rolled out to the data management personnel. Job descriptions were all assessed and approved by the HR department.

Plans for restructuring the teams were drawn up. This was not a smooth or easy process. Many of the consultant medical staff felt ownership for “their team” of nurses and thought this was being eroded. There had been some empire building and powerbases were being challenged.

‘Some teams, due to a lack of oversight, had not conducted trials as well as they should, causing protocol violations’

At this point it was essential to have the backing of the executive board of the trust. Without this, the exercise would have failed.

In January last year, the new structure was implemented, with no additional funds to facilitate the changes.

The lead research nurse, the head of research and the trust research monitor consulted data management teams separately. They made it very clear they were dissatisfied with their current management by the research nurses.

They felt the nurses did not understand their working pressures and often delegated tasks inappropriately.

The decision was taken to create a separate data management structure. Now, the band 4s and band 2s are line managed by the existing band 5, who is now the data teams manager. The band 7 trust research monitor, who reports to the head of research, in turn manages her.

The data teams were also relocated to a dedicated clinical trials data office, making work plans and organisation much easier.

‘In one department, four part time nurses with no clear line management appeared to be working hours to suit them’

In April, the new National Institute for Health Research structure came into force. It was gratifying to see that our organisational structure fits very easily into the institute’s divisional structure, with an additional band 7 nurse appointed for division 6.

Having an overview of research staff and activity has been very enlightening. Research activity ebbs and flows in each speciality.

Some teams, due to a lack of oversight management and guidance, had not conducted trials as well as they should, causing protocol violations and loss of confidence by sponsors.

They struggled to attract clinical trials. In one department, four part time nurses with no clear line management appeared to be working hours that suited them. They had failed to provide a five day service and had not generated enough work to pay their salaries for over five years.

Other areas were not “research active” but had the potential if given support. Within the structure it was very easy to relocate staff from inactive specialities to active ones, with negotiation and the agreement of staff involved.

Where staff left areas of low activity, they were either not replaced or replaced with a more appropriate grade of worker.

As a result of this streamlining, activity improved so that over the first year the trust recruited above the target set by the NIHR, whereas in previous years we had failed to recruit to target.

‘Many staff were attracted to research for the favourable hours. This is not appropriate with the current pressures on services’

An unexpected benefit from the restructure is improved governance. When a nurse caused a serious untoward incident, the research management team were aware within hours of the first patient call and were able to organise a rapid response team, ensuring patient safety.

The teams then received further training and education within two days to prevent another incident. This could not have happened without this specialist management structure; the clinical team, being unfamiliar with the condition under investigation or the clinical trial protocol, were initially slow to understand the gravity of the incident.

The research management team has been able to conduct a protocol review and identify low banded trials that do not require specialist nursing input. A band 3 clinical trials assistant was appointed, initially to support the nurses, but now runs her own portfolio of studies.

Two more clinical trials assistants are planned. This will free nursing time for the care and management of patients on more complex studies.

‘We face a stark choice: do not conduct clinical research or find an alternative’

The research management team reviews requests for education and training, ensuring fairness, appropriate professional development and benefits to the service.

Most of the research staff generally work office hours. In fact, many were attracted to research for the favourable hours. But this is not appropriate with the current pressures on services; research teams must adapt and provide flexible seven day cover.

There is a huge demographic explosion in medical staffing that is already hitting some specialities. Like many other hospital trusts, we have difficulty filling vacant posts. Coupled with changes to the consultant’s contract, finding time to become principal investigators will be increasingly difficult.

We face a stark choice: do not conduct clinical research or find an alternative.

The most appropriate alternative would be for our higher banded research nurses to become principal investigators, with their medical colleagues acting as co-investigators.

‘Becoming a clinical trials worker should be a career choice, not an easy way to work sociable hours’

The nurses will need training for this and that training must start now. Our allied health professionals are often overlooked, so we are also devising career structures for them. Our clinical trials physiotherapist is now the principal investigator on rehabilitation studies.

There is no doubt that an active, energised clinical trials team is good for trusts and patients, but these teams cannot work in isolation or be seen to be elitist. It is vital that banding and pay should reflect that in the clinical setting and not be set higher.

Becoming a clinical trials worker should be a career choice, not an easy way to work sociable hours or gain a higher band.

Our clinical trials team feel re-energised and dynamic. It may be a year or two before we see a real difference in recruitment figures but the curve is at last starting to head upwards.