How do emerging leaders maintain their early promise? One of UK’s most experienced executive coaches Jenny Rogers counsels tomorrow’s leaders 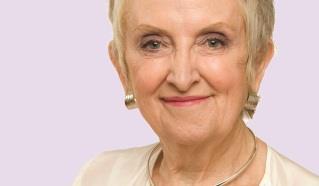 So you’ve been told you’re a Rising Star, or you’ve just had promotion: congratulations. You probably feel energised, confident and strongly motivated to make a difference – the very thing that brought you into the NHS in the first place.

In my executive coaching practice I work with a lot of people like you, and sometimes they find that anything from six weeks to six months into the job they are privately wondering if this is the right job for them and unfortunately their bosses may be wondering the same.

How do you ensure that this doesn’t happen to you?

Here are seven powerful ways to help you stay on track:

1. This job is not the old job on a slightly bigger scale

It will most probably need entirely different skills.

Chances are your technical or specialist expertise will be taken for granted and that it is your leadership skills which are now needed. As you climb the hierarchy it becomes increasingly important to influence more and more people over whom you have no control.

It’s possible that, like many newly promoted leaders, you are over-relying on a narrow palate of influencing skills. If so, get some help on how to grow your range.

2. Far more of the job will be externally focussed so it’s no good hiding behind the fiction that ‘networking’ is a pathetically self-serving process of offering insincere praise to people you can’t stand

True networking is an active and enjoyable process of building friendly alliances.

It involves giving as much as taking. It will most probably be critical to do it well in your new role. Remind yourself that “shyness” is just another word for self-absorption.

3. Become a “systems thinker” - a person who can see the joins and spot the weak signals from the environment that could affect your organisation in the future

Go to conferences; see things from the regulators’ perspectives; look at the social trends, the economy, the competitors and the innovators in your sector; and constantly feed ideas back to your organisation.

4. If you are tempted to talk about ‘they’ or ‘the management’ you should stop right now. You are one of them

Your loyalty will be corporate rather than being some kind of trade union rep for your department.

Make sure you know what the strategy is for your organisation and brief your team so that they are as familiar with it as you are, especially those tough financial constraints and externally imposed targets.

Put your hand up for cross-organisational work: there will always be some projects whose aim is to solve some of the knottier problems of the NHS, for instance delayed discharge or how links can be strengthened between acute hospitals and clinical commissioning groups.

5. Treat everyone with respect

This may seem obvious, but a recent survey of 20,000 people around the world conducted by the Harvard Business Review showed that half of employees do not feel respected by their bosses.

This does not surprise me as I have heard countless tales over the years where people describe bosses, and sometimes subordinates, who interrupt rudely, don’t listen, are impatient, fail to greet people courteously, bark orders – the list is endless.

‘A survey of 20,000 people around the world showed that half of employees do not feel respected by their bosses’

The excuses are feeble: “There’s no time to be nice”, “it’s so pressured”, or “I’m just very direct, they need to get used to it”.

Unfortunately, this lack of respect has a directly negative effect on engagement.

The less your staff feel engaged, the worse they will perform and the more your own job will be at risk.

Mostly, disrespectful bosses have no idea that this is how they are perceived. Recently I worked with a coaching client who was mortified to discover that his staff were keeping a book on what his daily mood would be. They had a rating scale which went from “permanent black scowl” to “faint smile on request”.

6. You can never have too much self-awareness

Ask your staff frequently and directly what it’s like working with you. Invest in “360 feedback”, by which I do not mean one of those tediously long questionnaires which needs its own carrying handle when you get the results, but a bespoke process where a trusted third party carries out indepth interviews on your behalf and then coaches you through the results.

7. Finally, get a reputation for being a careful observer and listener

Forget all that stuff about “charismatic leadership”. It’s the good listener who makes the most impact in the end.

Jenny Rogers is an executive coach and author of Coaching Skills: A Handbook