We need to foster a different approach to leadership

A new report highlights that the NHS needs a new approach to leadership in which a more enabling environment supports and empowers leaders who can move beyond working as leaders of single organisations to take a key role in their health economy, by Niall Dickson 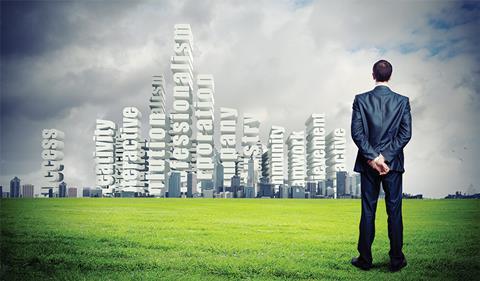 The leadership of the NHS is changing and could well look rather different in a few years’ time.

In part this may be a product of the high turnover we still experience among those in the most senior roles, but it also reflects the emergence of regional directors, system leaders and primary care leads, alongside a new cadre of provider chief executives who together will shape the future.

And the nature of those leaders, how they view their roles and priorities, is also changing.

Over the last three years we have been supporting a number of “first time” NHS chief executives through a programme of learning and support. Thirty-four leaders have been part of the programme so far, and the views of the first cohort are set out in a report we have published today.

Central to this will be the role of local leadership and the culture it engenders. Central too will be how the centre sees its role and whether we can have a re-set moment between the centre and front line that heralds a shift to a more enabling environment in which front-line leaders are supported and empowered.

We are all familiar with and support the rhetoric which says the NHS long-term plan will not be delivered by central diktat, centralisation and control and that instead by letting local systems lead the way.

In this regard, the chief executives behind this report agree with the direction of travel and support the NHS Interim People Plan which strikes the right notes, with the promise of a new “leadership compact”.

And there is agreement too that the desired behaviours should not be confined to the top of NHS England and Improvement but spread throughout the regional layer and into local NHS organisations.

There is also widespread support from the chief executives for the narrative from leaders, such as Baroness Dido Harding, on the need to foster a different approach to leadership development, diversity and supporting chief executives.

But unsurprisingly local leaders are anxious to see this well-intentioned rhetoric mirrored in the actions they see emanating from the centre.

There is acceptance that delivering cultural change and more sophisticated leadership behaviours throughout the system is challenging and will take time, but also a strong view that nothing less will do.

Working with the local system

As a group, they are explicit and keen about the need to play a role in delivering a change in leadership approach and culture. But they are also clear that they need system leaders to deliver.

What is uppermost in their minds?

These new chief executives see the need to move beyond working in isolation as leaders of single organisations to being part of a health economy.

Many have taken on wider roles as system leaders and they recognise the need to have a dual responsibility for the performance of their local systems for the benefit of their local communities, as well as of course for their own organisations.

As the health and care system evolves, we have to find a new approach to leadership which breaks down barriers and traditional silos and encourages everyone to work collaboratively.

This in turn will require every leader to have the ability to reach out beyond traditional boundaries and work effectively with a range of local partners.

This will not happen overnight, but it does represent a challenge to a regulatory system which still holds leaders to account for their performance in charge of a single statutory organisation, while expecting them to bring about significant changes across their local systems.

These are not incompatible as the chief executives behind this report recognise, but the tensions and compromises inherent in such a multidimensional role need to be acknowledged.

The chief executives also want to see a different approach to identifying and supporting leaders. They recognise the need for proactive talent management to secure the next generation of leaders, with the right skills, mind-sets and from diverse backgrounds.

They want to see more support (and by implication less blame) when things go wrong and a commitment to make sure that chief executives are not forced out when they are doing a difficult and challenging job.

This will surely involve creating a different environment, in which leaders are given the freedom to learn from their mistakes.

Talent management has not been a notable feature within the NHS in recent years. Other industries and sectors, even those where the players compete with each other, have found better ways to support and develop future generations of leaders.

Hence the call from the chief executives for a process which identifies potential leaders early in their careers, with systems that support them, and which offer them the chance to work across different organisations.

Here then is a glimpse of the future. In various and subtle ways, they are different not least because they face different challenges.

Interestingly there is a strong emphasis on developing inclusive organisations, not just for its own sake and as a moral imperative but because they recognise the strong link between inclusive and diverse working environments and better outcomes for both patients and staff.

The central message here is that if we are to deliver the NHS long-term plan, we need to foster a different style and approach to leadership throughout the system.

One which is less organisationally focussed and more embracing of the wider system.

One which is relentlessly focussed on outcomes and is prepared to drive through new models of care.

This will require a different mindset – and the reflections from the new chief executives we have interviewed indicate how a new generation of leaders are preparing for the task ahead.