Where now for the NHS's best leadership talent?

In the wake of great change in the NHS and attempts to nurture new leadership talent, Liz Wiggins and Anne-Marie Archard look at the impact of the Next Generation Directors’ Programme and ask what comes next for its participants 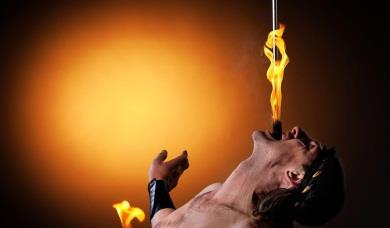 Extraordinary talents: The health service needs to make sure its best people are nurtured and kept within the NHS

Now the dust has settled on clinical commissioning groups and commissioning support units, it is time to address how we develop potential leaders and the talent for leadership in the new NHS landscape.

“Our best people do not yet work for us,” an American chief executive once said rather provocatively.

Developing leaders is a long term business, not a quick fix. So what has been happening to those who were designated “talent” in the days prior to the coalition’s Liberating the NHS white paper?

The long term evaluation of leadership programmes is rare. Generally the person who commissioned the work, as well as those who took part in it, have moved on to other roles and their email addresses are no longer valid.

However, in the case of the Next Generation Directors’ Programme, over half of the cohort came together to reflect on what had happened to their careers, what had stayed with them from the programme and how they viewed the future of their careers in the NHS.

Qualitative research was undertaken to evaluate the impact of Next Generation Directors, commissioned by NHS London in 2009, for 36 senior leaders who were then assistant directors. Three partners delivered the programme: Ashridge Business School, Manchester Business School and Unipart Expert Practices.

Participants in the programme were exposed to all manner of ideas, frameworks, topics and exercises. There were sessions from Manchester Business School about working at board level and the role of non-executive directors, as well as governance and corporate failure across the system.

There were sessions held at Unipart to explore the theory and practice of quality improvement so participants understood how systems can be redesigned with quality at the heart of the process.

Sessions at Ashridge explored topics such as leadership and change, and provided the opportunity to increase individuals’ self-awareness and develop interpersonal skills such as having difficult conversations and dealing with conflict.

Four years on from the programme, what has stayed with people? What elements have had the greatest impact? Has the investment in their development translated into their gaining the top jobs? What areas of their development do they think have had a lasting impact?

The participants described the experience of trying to manage their careers over the last few years as “landscape turmoil” and “churn and more churn”. In this period of uncertainty, many key people disappeared, while director posts were few and far between and/or interim positions.

Talking to participants now, their career stories are strikingly different. All were deemed to be “talent” and ready to move into director roles within two or three years. A third of the group has been promoted, notably those working and staying in the acute sector.

A significant number are now become directors. However, for those who were in pan-London organisations, mental health organisations or primary care trusts, the experience has been much more challenging.

Some participants talked about multiple job applications, often applying on generic forms for jobs that were not yet fully scoped out or thought through. This made it difficult to target a CV or prepare for an interview; as one person put it: “I was shooting at a target hidden by a cloud.”

Different career strategies have been employed. Individuals talked of tactically taking sideways moves, seeing next jobs as stepping stones and doing transition jobs to provide new experiences and make new connections. So even if there is not an immediate director role in the offing, as one participant explained, “I have actively developed new skills, other strengths and developed relationships so my reputation has grown.”

These examples show admirable drive and initiative. They are also, no doubt, sensible from each person’s own perspective. However, taking a system point of view, and given the precious commodity of talent, this is arguably a waste of the energy and drive that comes from doing a job you really want to do.

Several participants have chosen to move to the private sector but talked about carrying the values of the NHS with them. Some have chosen to stay put and wait, while others have negotiated working part time from home or having a four day week because of childcare.

A common theme across all these options was that people felt it was important to actively make choices about their career rather than hope someone else might do it for them. Many in the group also commented on the current issue of some jobs being so huge that they are daunting and arguably a “poisoned chalice”.

It was striking to hear how much participants had learned from listening to each others’ views. “Until the Next Generation Directors programme, I had only paid lip service to thinking about the impact of our work on other organisations in the system,” said one participant. “All my previous development has been within my own speciality or my own organisation. Now I see those other parts of the system differently – individuals I know and respect who have helped me see the world from their point of view.”

‘Being a leader is often likened to being in a glass elevator. The higher up you go, the more visible you become and the greater the risk that you become less grounded’

Another said: “I tend to not think about the ambulance service, they are just not on my radar, but having two colleagues from there as part of the group has made me see their challenges.” Another commented: “When I meet other parts of the system it has normally been when we are negotiating contracts. This was a very different way of getting to understand others’ perspectives.”

Being a leader is often likened to being in a glass elevator. The higher up you go, the more visible you become and the greater the risk that you become less grounded – and the less likely others are to give you honest feedback. Participants on the programme really valued what they learned about themselves and the confidence this gave them to recognise what they needed to do to be able to lead well.

Much attention and thinking in the NHS tends to be on what is not working or what needs to be improved. In contrast to such deficit thinking, the programme focused on making people more comfortable with owning their strengths, teaching them to value the skills they have with the intensity with which they traditionally identified their weaknesses.

This valuing of ability, rather than the correcting of deficit, was something these high potential leaders were able to take back to their organisations and use with people lower down the hierarchy.

‘Valuing ability, rather than correcting deficit, was something potential leaders were able to take back to their organisations and use with others’

Embedding learning opportunities so individuals become more self-aware and confident should be a key component in leadership development activities. By paying attention to this, leaders will feel better able to step up to roles they are capable of taking, rather than selling themselves short or setting themselves up to fail by overreaching. It will also give them the courage to negotiate and reframe roles so they play to their abilities rather than their weaknesses.

There is much research that shows that the more under pressure we feel, the more items there will be on our “to do” list and the easier it is to get stuck into patterns that perpetuate problems

Time out is a core component of resilience and healthy psychological functioning. Many participants made reference to the impact of learning the habit of self-reflection: this stood them in good stead during the challenges and changes in the NHS over the last few years.

“The time out and space to think or reflect has been invaluable. Since then, I have found ways to continue this,” said one participant. This suggests that whatever leadership development is on offer, ensuring adequate time for self-reflection is critical and appreciated.

However, the question we hope our research raises is one of both supply and demand. What is needed to make sure the supply of top talent is nurtured, kept in the network and that the NHS gains the benefits from the investment it makes in leadership development?

On the other side of the equation, what is being done to ensure that, when jobs are created, they are structured in ways that are appealing and seen as stretching individuals, but are also doable, by the very best of the top talent?

In terms of leadership development, our findings suggest it is really worthwhile helping alumni cohorts stay connected, so the benefits of the network continue well beyond the life of the programme. They also suggest the importance of having programmes that have people from across the system in the room and ensuring that time and attention is given to developing self-awareness, understanding others’ perspectives and getting into the habit of self-reflection.