Why the NHS is bucking the low morale trend

Compared with other parts of the public sector, health comes out well in terms of employees’ sense of pride in their jobs, their own organisation and the public sector as a whole, writes John Howarth 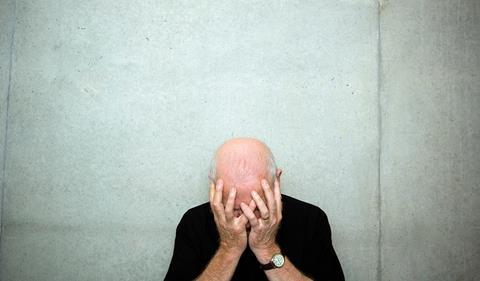 Hay Group’s latest survey into pride in the public sector highlighted an alarming loss of faith in leaders among both senior management and frontline staff.

‘In each area, health sector employees were more positive than local government employees by at least 10 per cent’

The survey revealed that senior management and frontline staff across the public sector have lost their sense of pride in the sector, with 72 per cent of public sector workers not proud to work in the sector and 70 per cent stating their morale is at an all time low. Furthermore, more than two-fifths (43 per cent) want to leave their current employer and four-fifths of those (78 per cent) are planning to wave goodbye within the next three years.

These results are clearly disappointing. But what did the health sector say, and how does that compare against local government?

In comparison with other parts of the public sector, health actually came out well in terms of employee’s sense of pride in their own job, their own organisation and the public sector as a whole. For example, in each of the areas explored through the survey, health sector employees were more positive than local government employees by at least 10 per cent.

Surprising? Well maybe, given the continuous negative press surrounding the NHS – whether it is the inadequate care standards for patients, high profile hospitals being placed into special measures, or perceived superfluous organisational changes; we are bombarded with messages that create a picture of a service with managers and staff with a lower sense of pride and reduced morale.

However, perhaps it should not be as surprising. Health sector workers have some distinct advantages:

All of this, of course, should not be taken as a licence for taking the foot of the pedal. There remains much to do in restoring and building pride within the sector. Despite the comparatively positive results, more than 50 per cent of health sector employees still expressed a lack of pride in their job, the organisation they work for and the sector.

The issue of leadership comes in for some particular attention in the survey. Once again, in comparison with other parts of the public sector, such as local government, health comes out well.

Specifically, there is a higher degree of trust that leaders in health will deliver on their promises than there is in other parts of the public sector, and “a lack of leadership” is cited as less of an overall issue within the health sector.

Over the past few years there has been a renewed focus and investment on leadership within the NHS and this could be one reason why it is seen more favourably. Led by the NHS Leadership Academy, there has been a focus on developing a consistent understanding of leadership, defining specifically what good leadership looks like at different levels across health, and implementing supporting programmes to enable managers and staff to develop the necessary leadership skills.

All of this appears to be having a relatively positive impact in helping to build pride and morale across the service, despite the myriad of changes in the NHS.

Despite these positive developments in leadership and comparisons with other parts of the public sector, there is no room for complacency. Two particular themes are highlighted by health sector staff as being particularly frustrating and cited as reasons why they would consider leaving the service: they do not feel as empowered to do their jobs as those in other areas; and staff say there is a lack of flexibility in their jobs.

Both of these may be a consequence of getting leaders and managers to articulate a greater sense of direction to staff and provide them with more clarity on how their roles fit with this and this spilling over into “telling people what to do”. This is sometimes simply a case of ongoing maturity in their development as leaders. However, it certainly needs watching.

Keeping hold of their best people is a challenge for all organisations, but never more so where the sense of morale is low. The survey highlighted a disturbing trend for public sector workers planning to leave the sector altogether, and in some cases sooner rather than later.

Despite this overall trend, health came out best of all across the survey with nearly 10 per cent less staff planning to leave their employer than others. Clearly this presupposes that this is a good thing and that these are all “good” people. However, if we assume an even distribution of ability across this population, it means that health is better placed to retain more of its most talented people than other parts of the public sector, which is a positive place to be for the critical challenges ahead.

Much of this is down to the recognition among staff that work has been done on career development and that investment has been made in staff. There is a broad consensus that development opportunities exist within the service and can be accessed. Staff generally have a clear understanding of their potential career path (only 21 per cent of health participants said there was a lack of career path). This markedly more positive than in local government and the public sector average as a whole.

Let’s not disguise the fact that this recent survey does not make good reading for the public sector as a whole. There are clearly lessons to be learnt for all parts of it − including health.

However, there is light at the end of the tunnel. It is clear that some of the work happening across the NHS is helping to ensure the health sector is moving in the right direction to build pride among staff and ensure that morale is as high as it can be in the challenging environment.