1
Our foundation trust’s got talent
Leading the Way

Facing a pressing need to make the most of its staff’s potential, one foundation trust piloted the NHS Leadership Academy’s Talent Conversation Guide 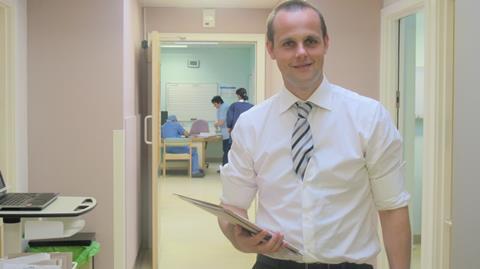 It’s an important time for North Tees and Hartlepool Foundation Trust. There are plans to build a new hospital to meet the needs of the area’s 400,000 people, but there is also a push to reconfigure services so that more is done in the community.

Challenging times require a strong and motivated workforce - that’s why the trust was keen to pilot the NHS Leadership Academy’s Talent Conversation Guide.

“We know we have a big pool of talent,” explains Gary Wright, head of education and organisational development at the trust.

“We have some very good people but we are always looking for ways to recognise this and develop it where we can. That’s why we were keen to try out the NHS Leadership Academy’s Talent Conversation Guide.”

This structured guide has been developed by the Leadership Academy, in collaboration with its regional local delivery partners, to spread good talent management practice and to provide a good starting point and guide for organisations like North Tees that want to implement talent management effectively.

According to Mr Wright, the time was right to test the guide. “I look after leadership development which goes hand in hand with talent management,” he says. “It’s something we take very seriously.”

As well as the change programme, which can be unsettling for staff, the trust faces the same challenges as others in the North East in attracting people to some senior medical roles.

All of these factors mean the trust is wholly engaged in effective talent management. “We want to develop staff to maximise their potential,” says Mr Wright. “We also know that people will be working differently in the future, as healthcare continues to evolve; it will require different skills, and we want to make sure that we are prepared.”

‘With anything new there will be a bit of trepidation, but holding small group meetings in advance really helped to address concerns’

The trust took part in phase 2 of the academy’s piloting process of the Talent Conversation Guide - this was good, says Mr Wright, because it meant they benefited from the learning from the first phase of pilots.

The trust’s education and organisational development team were the focus of the pilot. “The team is made up of around 45 members of staff, so it was small enough to be manageable,” explains Mr Wright. “But it also has staff with a range of backgrounds, from clerical and admin to senior managers and nursing and midwifery.”

The process started with a structured communications strategy. This involved gathering small groups of staff - between six and eight people in each - to give them an overview of the project and the opportunity to raise concerns. Staff were also sent an email with very clearly presented information about the project, and information was also made available on the trust’s intranet site.

Essentially, the initiative involves a conversation between a member of staff and their manager, which explores in some depth where the individual is at that given point, where they would like to be, and how they could get there. It also recognises that some people might not want to progress to other positions, and looks at how they can get the best out of their current role.

‘You should know your staff, and any issues should be dealt with as they arise. That may not be the case in all areas of the NHS’

Although the NHS Leadership Academy provides the tool, it is not prescriptive about how it is implemented, meaning it can be adapted to local circumstances. Mr Wright explains that his trust decided to create a pro forma to guide both the manager conducting the interview and the individual being interviewed, to ensure it was implemented consistently.

So how did the staff react? “Generally people were quite positive,” he says. “With anything new there will be a bit of trepidation, but I think that holding the small group meetings in advance really helped to address concerns.

“Commonly asked questions included ‘what do you mean by talent?’ and ‘what if you don’t score well?’,” he adds. Again, being able to reassure people personally was helpful.

North Tees and Hartlepool has a high rate of appraisal completion, he says, which also helped reassure staff that there would be no major surprises. “As a manager I know my staff; I speak to them every day.

“If you follow good management principles then you should know your staff, and any issues should be dealt with as they arise. That may not be the case in all areas of the NHS.”

As a senior manager, Mr Wright spent some time on both sides of the table, interviewing his staff as well as being interviewed by his own manager.

‘From a behaviour point of view, people might not have the values or behaviour you want - like being courteous, open and honest’

For him, a key part was working out where people sat on the tool. “You have to rate the person’s performance and behaviour,” he says. “And they are not the same thing.

“From a performance point of view, someone might meet all their objectives in their national appraisal, but from a behaviour point of view they might not have the values or behaviour you want - like being courteous, open and honest.”

Mr Wright acknowledges that, even with the best will in the world, individual prejudice could creep in. If a member of staff and a manager did not see eye to eye, then perceptions of how the individual was getting on could be at variance.

To address that, the trust set up a system of peer review, where senior members of the management team would review each other’s findings.

“They might say ‘you’ve been a bit harsh there’,” he laughs. “I think it was important to have some checks and balances in there. Apart from anything else, I think it gives some reassurance to the member of staff.”

The pilot was completed in six weeks, which was a challenging deadline and helped concentrate minds, he says.

His own experience of going through the interview with his manager was interesting. “I’d had a good appraisal several months before. I was thinking that I really knew about talent management, I speak to my manager a lot in any case - I was thinking I wasn’t going to learn anything here.

“So I was surprised at how much I really valued that hour. We were focused on where I was going, and what my career path was - it was really useful to get his understanding.”

They explored areas such as what he should modify or expand to get to where he wanted to be, leading to some positive effects. “I realised I don’t delegate enough - I take on too much myself,” he says. “So I’ve made a conscious decision to change that. I think this was a useful opportunity.

He conducted the interviews with the people he line manages. “I do know them particularly well, so there were no major surprises, but it was useful to go through the process,” he says.

His main question to them was: “Am I developing you enough?” As a trained coach, he found the interview “almost like a coaching session”.

But it was important not to over-promise on the tool, he adds. “I’m not going to be able to offer promotion to everyone,” he laughs. “But it’s not about promotion; it’s about maximising people’s potential.”

This might include providing stretch assignments, to expand or develop someone’s existing expertise or particular interest. “It’s about pushing boundaries, and developing people by giving them new opportunities. “Or it might be about giving access to specific programmes, or directing people to relevant training.”

Both managers and staff found the process easy, and the feedback was positive, he says - due in no small part, he is sure, to the careful approach to communications.

He found the process useful with the staff who fell into the category of being solid in their role, but not necessarily wanting to progress.

“It was giving them an opportunity to be recognised, but sometimes people like to go unrecognised,” he laughs. “Sometimes managers can be tied up with the high fliers, or with people with performance issues - this process gave us the opportunity to recognise the people who actually keep the place going.”

Michelle Fitzgerald: bringing out the best

Here at the NHS Leadership Academy for the past nine months we have been working with a cross-section of NHS organisations, including North Tees and Hartlepool, to pilot our “what good looks like” Talent Management and Maximising Potential conversation guides.

The guides have been developed in partnership with our local delivery partners, bringing together existing best practice to create an approach for the NHS to engage in talent and potential conversations.

The guides enable talent and potential conversations at all levels because we believe all our valuable NHS staff should be given the opportunity to reach their potential either in their current role or looking to a future role.

The academy wanted to create tools for every organisation to use, off the shelf, to support a consistent approach to talent management across the health and social care system.

However as Gary rightly says, there are elements of the guide that can be amended if necessary to complement existing talent management processes within each organisation or team.

Gary also makes a really valid point about the time managers spend developing people seen as talented or ambitious and also spending time with those who may require performance support/development.

Both of these are necessary for those individuals; however, there are a number of people in the NHS whom I call the “whispering talent” who quietly do a fantastic job and are quietly ambitious but don’t always get the stretch or development they need.

We then lose these people as we don’t recognise their talents until they have left the organisation, not retaining the valuable talent we have.

In addition, as Gary says, there are the people who do not consider themselves as ambitious, who come into work every day and do a really great job.

Our Talent Management and Maximising Potential guides enable these individuals to be recognised for their valued contribution and this increases satisfaction in their role.

In essence, if everyone has a talent/potential conversation then everyone has the opportunity to be recognised and developed in a way that is appropriate for them.

I’m pleased Gary has brought up the peer review process as fairness and transparency has been one of the considerations by all our
pilots.

It is important that those who are identified as role models and having the potential to progress are discussed by a panel to ensure consistent and equal opportunities are given.

North Tees and Hartlepool used both our guides in their pilot and they created a version which we felt was developing even further our good practice and the academy will be using this as the final version of the Maximising Potential model. That is what the pilots were all about: testing and refining by the NHS for the NHS.

We know we have some of the most talented people in the world working in our NHS. We all have talents and can reach our potential if we are able to explore this in a structured and meaningful way.