An NHS trust has been accused of a “cover up” over the killing of two patients in an attack on a hospital ward by a patient with paranoid schizophrenia, whose antipsychotic medication had been stopped despite warnings.

The attack happened in 2015 at one of the UK’s biggest hospitals, St James’s University Hospital in Leeds, and has never been made public nor been subject to a coroner’s inquest. 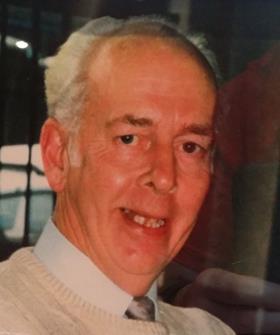 Ken Godward, who was attacked at St James’s University Hospital in February 2015

Ken Godward, 76, and Roger Lamb, 79, were beaten with a walking stick by 70-year-old Harry Bosomworth. Mr Bosomworth’s antipsychotic medication had been stopped by hospital staff the previous month, despite repeated warnings from his family.

The attack happened around 7am on 28 February 2015 when Mr Bosomworth woke up after being held down and sedated in the early hours of the morning due to aggressive and abusive behaviour.

Mr Godward suffered a fracture eye socket and multiple head, neck and arm injuries in the attack. Mr Lamb, who was kicked to the floor when he tried to stop the attack on Mr Godward, had a fractured neck of the femur and several injuries to his arms. Both men died days later.

Mr Bosomworth was sectioned under the Mental Health Act following the attack and died from oesophageal cancer - the reason for his admission to St James’s - four months later.

The families of the victims, speaking to HSJ, accused the trust of “hoping this doesn’t get out”, not answering questions and taking them “for a ride”. The trust told HSJ it was “fully cooperating in the [investigation] process”.

A review carried out locally and completed in March 2016 identified a number of failings. It has not been published and the families of the victims say it is insufficient.

NHS England commissioned an independent serious incident review in February 2017. It should have been completed within six months but HSJ has been told the work has barely started.

A whistleblower who works in the NHS and has close knowledge of the process alerted HSJ to the incident. They said Leeds Teaching Hospitals Trust, which runs the hospital, behaved in a way designed to frustrate and obstruct the NHS England investigation.

They said: “The treatment of the families has been well below the standard that is expected from NHS organisations – a lack of care and compassion, a lack of treating people with dignity and respect, a lack of transparency and a degree of arrogance.

“There have been significant delays caused by the attitude and approach to the investigation such as arguing over the terms of reference and delays in providing evidence.

“The fact that this has not been reported in the press and has not been covered by a coroner’s inquest coupled with the behaviour of the trust suggests a cover up for some reason.”

The attack raises questions about the way people with severe mental health illnesses are cared for during acute hospital admissions.

The 2016 report, commissioned by the trust and Leeds and York Partnership Foundation Trust – which had been providing mental health care to Mr Bosomworth – has been leaked to HSJ.

It shows numerous missed opportunities and failings in the care of Mr Bosomworth, as well as more than 40 serious violent incidents on the medical ward where the attack happened during 12 months. It highlights a lack of training in mental health care for acute hospital staff.

The report said: “The focus throughout Harry Bosomworth’s stay in St James’ Hospital was primarily on his physical health care needs with his mental health needs taking second place.”

It also said: “The physical health care [Mr Bosomworth] received from all clinical staff at St James’ Hospital was responsive, appropriate and well provided. However… a more coordinated and multi-organisational approach is required to enable a more balanced focus on physical and mental health needs of older people.”

In relation to Mr Bosomworth’s antipsychotic medication, the report said: “Mr Bosomworth had a longstanding diagnosis of paranoid schizophrenia that should have been the subject to a greater degree of scrutiny particularly with there being a close family member who had been supporting Mr Bosomworth with his medication regime and had been constant in her appeals to all services regarding the impact of not reinstating [the medication].”

Despite the failings identified, the report concluded the attack was neither preventable nor predictable. These conclusions have been questioned by experts commissioned by lawyers acting for Mr Godward’s family. They will be examined by the NHS England review, though it will not reinvestigate the incident.

Struggle to get concerns addressed

HSJ contacted the families of both victims.

Mr Godward’s step-son Andrew Dixon said he thought the report commissioned by the trust was not good enough.

He said: “We feel as though we have been taken for a ride. The report was basically about Harry – Ken and Roger were just initials. I felt they were just by-products.

“To not have an inquest after three years doesn’t seem right at all. The trust is trying to forget about this. I think they are hoping this doesn’t get out.”

Mr Dixon described the shock of being called to the hospital the day his stepfather, a retired postman, was attacked to find the ward turned into a crime scene.

He said: “There are two places where you take refuge and don’t expect any harm to come to you, a hospital and a church. The impression we got on that ward was that it was chaos. My view was that there weren’t enough staff. There obviously can’t have been.”

He said the extent of injuries his stepfather suffered coupled with injuries to Mr Lamb meant there “must have been a reasonable amount of time before the first staff member was able to intervene”.

Asked what he wanted from the trust, Mr Dixon said: “We want to know that if we or family members or friends go into hospital that it is not going to happen to them.

“The way we have been treated since that incident it just makes our minds up that we have to make sure things have been put right. Whether they say sorry or not is a big thing.

“We want something put in place that is going to protect people like Ken. We are not in this for money, we are in it for Ken. He was very poorly but the way he died was not right.”

Mr Lamb’s friend and carer for more than 30 years, who asked not to be named, said: “Roger and Ken were not safeguarded and I have not had adequate explanations for that.

“I was appalled that Harry had been held down and given sedation and there was no monitoring of his condition. My concern was that there was nobody around. It would have taken Roger quite a long time to get out of bed. He was a weak, sick elderly man and nobody responded to the shouts for help. Nobody came until it was too late. Where were they?”

She added: “What concerned me is the trust seems not to want to answer my queries. They weren’t upfront in answering my questions and prevaricating or would select certain parts of my questions to answer.

“The trust has sidestepped all of the questions relating to Roger’s safeguarding, which is a central issue. In the end, I got so fed up with trying to get answers from the chief medical officer. She said any queries or further questions I had I would have to bring up at the coroner’s inquest which is still to come. But then I was subsequently told there might not be a coroner’s inquest. There are questions that I have not had answers to.”

She said what Mr Lamb did was a “gesture of such humane courage”. She added: “I don’t blame Harry at all. It was the system not working that was to blame for what happened.”

LTH told HSJ it apologised to the families, accepted the first report’s findings, and had made a series of changes in response; as did LYPFT. NHS England said the review it had commissioned was ongoing.