The NHS can be at the forefront in changing perceptions to mental health issues in the workplace, says a CCG director anonymously revealing to HSJ about his mental health condition 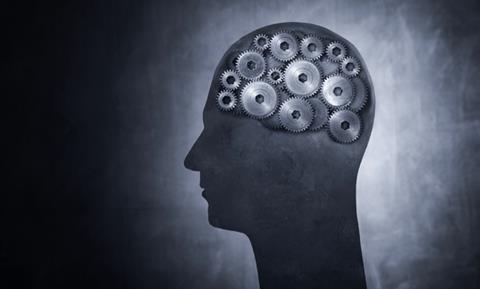 OK, deep breath – I am a director at a clinical commissioning group and I am bipolar; there I have said it. But why do I want to make that declaration now – and why do I feel I can only do that anonymously?

Last week’s Thriving at Work report outlined the cost to the country of mental health and highlighted the need for the NHS to lead the way, alongside the civil service and education sector, in improving employment prospects for those with mental health conditions. These conclusions made me reflect on my own situation.

I have worked in the commercial, local and central government sectors, as well as the NHS. My experience is that NHS culture has a long way to go, and still too often exhibits an inbuilt prejudice towards those with mental health problems.

Prior to my last major depressive episode even I would have been reluctant to appoint someone with a “history”, though the “official” reason would have been a concern about that individual’s “resilience”

I have lost count of the number of meetings and interviews where a colleague has been described as “flaky” or, when concerns around personal fortitude are raised, there is a knowing implicit nod regarding past “mental health history”.

I recently read an article written by Alastair Campbell which recommended that if there were two equal potential candidates for a role – but one had a history of mental illness – he would always recommend the latter due to their broader life experiences. How many of us in the NHS could honestly say that we would take this view?

Prior to my last major depressive episode even I would have been reluctant to appoint someone with a “history”, though the “official” reason would have been a concern about that individual’s “resilience”.

I also think the current “big stick” environment operating in the NHS is inherently discriminatory to those with mental health conditions. The culture in some regions means those who succeed can handle interrogation and instantly reel off numbers and statistics to demonstrate “grip”.

My medication means I cannot memorise and retain numbers as well as I could. In more enlightened sectors there would be support and understanding for this, as there is for the consequences of more visible medical conditions. But my inability to pluck a figure from my head is instead seen as “a failing”.

The risk of not catering for those with diverse conditions and backgrounds (I am a fan of the term neurodiversity) – only further results in an NHS management that is ever more at risk of “group think” and homogeneity.

I realise that unless people like me are more open about our mental health and our experiences then the culture will never change. I would like, soon, to be more open about my condition – one or two close colleagues are already aware of its full extent.

However, I am still not confident the time is right. I am aware that some colleagues have used the term “flaky” in the same sentence as my name, so yes, perhaps I have a chip on my shoulder. But as these individuals are in influential positions I am wary of fully outing myself.

One way of measuring that we are close to cultural acceptance of mental health in the workplace is when someone feels comfortable in telling colleagues they are taking sick leave because of their condition and believing they will not be judged for it.

The Thriving at Work report indicates that unless we support those with mental health conditions we risk losing skilled and talented individuals from to other sectors.

We must engage colleagues who have lived with mental health conditions and use their experiences to inform how we respond to the recommendations in the report.

Despite my wariness, those colleagues that have supported me have shown me that there are those in the NHS who do understand; and know how to respond – and can lead in ensuring the NHS is at the forefront in changing perceptions to mental health issues in the workplace.

HSJ has published this article anonymously only because the author has revealed their identity to the editor.