2
Nicholson: NHS commissioning board will step in if consortia falter

Nicholson: NHS commissioning board will step in if consortia falter

In the first interview since his appointment as chief executive of the NHS Commissioning Board, Sir David Nicholson has outlined the measures it could take against poorly performing commissioning consortia. 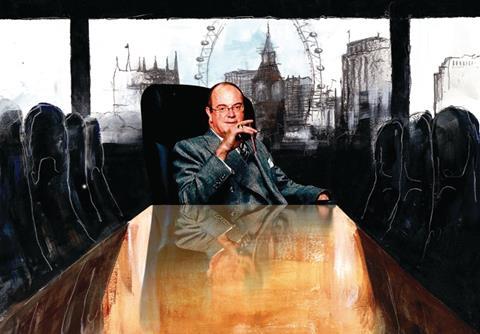 Nicholson: NHS commissioning board will step in if consortia falter

The NHS chief executive told HSJ he would consider “direct management” of consortia that failed to reach the appropriate standard by April 2013, the date on which they begin to directly control commissioning budgets.

Sir David said direct management would only remain in place until the consortium was ready to take control of its own affairs again.

It is not clear whether the “direct management” would come from the board or from a residual primary care trust cluster.

He stressed that this would be “very, very rare”, saying the most “obvious” thing would be to split up the failing consortium and reallocate its practices to another consortium.

Sir David’s comments are the first indication of how closely the centre might manage the transition to consortium commissioning amid concerns the reforms will cause the NHS to lose sight of its substantial productivity challenges.

It is also clear Sir David has been given broad powers over the creation of the NHS Commissioning Board, which does not yet have a chair. He said: “The Health Bill will set out exactly how many executives and non-executives [the board will have] but that’s it… [The make-up] is something I’ve got to think about and work through over the next few months.”

The NHS chief executive said white paper plans to liberate the NHS from political control would leave foundation trusts feeling “significantly freer of the kind of regulation that they have had in the past”.

Sir David said: “The view is that [the freedoms] will enable them to do things that we haven’t even thought of yet in terms of innovation, change, shifting the balance of service and all the rest of it. If you look at other healthcare systems where the provider is given more freedoms they do innovate, they do push the boundaries.”

But he said the public investment in foundation trusts would be safeguarded.

He said: “We’re being fairly organised in allowing [those] we think have the ability to take advantage of the new service to go under the new regime, but [we will] keep a compliance arrangement in place.”

Monitor said it had not started identifying those, but its second quarter report showed 11 organisations had been given the highest two financial risk ratings, on a scale of five.

Sir David confirmed it would be down to commissioners to decide which local services they wanted to guarantee as “designated services” - which will be subject to borrowing controls and tight restrictions over closures.

But he warned: “The implication is that you will probably have to pay more for designated services.”

Hear more from Sir David Nicholson and Earl Howe at Healthcare Innovation Expo on 9-10 March at ExCel London. Expo 2011 will be the largest event of its type in Europe, with over 250 exhibitors, 100 speakers and 180 seminars, all featuring high impact changes that can deliver improvements in quality and productivity in the NHS.

Developed and supported by the Department of Health and UK Trade & Investment, the Expo will help managers, GPs, clinicians and frontline staff understand the Coalition’s reform agenda, the part they have to play in delivering change, and how they can drive adoption and diffusion of innovation.

Secure your place today to benefit from the early booking rate. Register online at www.healthcareinnovationexpo.com