The national guardian for NHS whistleblowers has criticised Northern Lincolnshire and Goole Foundation Trust for having a bullying culture and failure to respond to patient safety concerns raised by staff.

The office of the national freedom to speak up guardian said that during a review of the way the trust handles staff concerns in September, it was approached by trust staff who raised issues about their treatment after they spoke out. 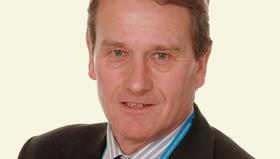 Peter Reading: ‘We are determined to create an open and honest culture’

These included allegations that patient safety and waiting times data were being manipulated by the trust. The trust said investigations into these concerns found no evidence to support the claims.

In its report, the national guardian said staff who raised concerns were subject to allegations against them and it warned the trust, which employs 6,500 people, to ensure its investigations looked for evidence of malicious motives.

The guardian’s office carried out the review after it was made aware of concerns about the trust’s culture and a letter was sent by an anonymous member of staff in June to the Care Quality Commission, local MPs and the local press.

The author of the letter said they were someone “in a senior position in the organisation for many years”. They wrote that “senior managers like myself feel compromised, bullied and afraid to speak out” and when staff did speak up the trust “swept [them] under the carpet and filed [them] into the ‘difficult to handle’ tray”.

Twenty four staff at the trust had raised issues with the CQC over 18 months before the guardian launched its review, the report said. The CQC rates the trust inadequate and it was placed in special measures for a second time in April 2017.

The guardian’s office visited the trust’s three hospitals in Goole, Scunthorpe and Grimsby and met with 37 staff.

Trust chief executive Peter Reading said he was keen to learn from the report.

He said: “We know that our staff have not always been listened to in the past but we are determined to create an open and honest culture where they feel fully supported to speak up about any concerns they have.

“We will be reviewing our policies in line with these recommendations and a detailed action plan will be going to our next board meeting.”

Since receiving the report, the trust has launched a “listening into action” scheme to engage with staff, and holds sessions where staff can meet directly with the chief executive.

The organisation is looking to develop leadership within the trust, assess team cultures and ensure the board is more visible.