Workforce culture at the NHS requires a seismic shift at every level, note Ben Gershlick, Billy Palmer and Suzzie Bailey. 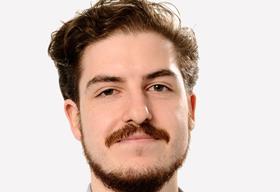 In amongst the detail of the newly published Long Term Plan Implementation Framework, local areas have been given marching orders to start work on “realistic workforce planning”. This follows on from the Interim NHS People Plan and ahead of the full workforce plan.

The good news is the Interim Plan correctly identifies the key workforce challenges facing the NHS and it recognises that staffing shortages are the make or break issue for the NHS, as we set out in our report. But it is clear that NHS leaders cannot address the issues alone and need the support of central government.

The Interim People Plan has a welcome emphasis on making the NHS a better place to work, recognising that the health service needs to keep hold of the staff it already has. The framework passes these messages on strongly to local areas but making it a reality won’t be easy. After 15 years of surveying NHS staff in England, there remain very high levels of bullying and discrimination and little evidence of improvements in staff experience.

Our report called for an “explicit statement of the universal ‘offer’ to staff” with detail of what staff can expect when it comes to continued professional development, career progression, work-life balance and being treated well and fairly. Happily, the Interim Plan contains sound ambitions on retention throughout people’s careers, including introducing a “new offer” for staff and increased CPD funding as we suggested.

There is also welcome recognition that workplace discrimination must be tackled. In his address to the NHS Confederation Conference, Simon Stevens reiterated the Interim Plan’s commitment to diversity, including by setting targets for black, Asian and minority ethnic representation in senior roles.

The emphasis on culture and leadership is welcome, but changing culture in the NHS requires a seismic shift at every level. One such requirement is a change in the leadership behaviours exhibited by the national bodies. There are good statements of intent in the Interim Plan, but arguably we’ve had plenty of intent before. Leaders now need to see and experience those commitments becoming a reality in the day-to-day interactions with regional NHS Improvement and NHS England teams.

Elsewhere in the Interim Plan, there are other commitments that appear very optimistic in the context of the need for action from across government to address some fundamental issues.

The Interim Plan rightly prioritises action on nursing shortages in the year ahead, but expects to grow the nursing workforce by over 40,000 by 2024 through the measures proposed. That is a big increase, especially given there are no substantive proposals to entice more people to study nursing. In our report we called for funding to cover postgraduate student nurse tuition fees and for “cost of living grants” to be offered to everyone on nursing degrees in recognition of the time spent on clinical placements.

The number of GPs is falling, with 5 per cent fewer full-time equivalent permanent, fully-qualified GPs

It’s a similar story with the GP workforce commitments. The plans set out an ambition to increase the number of doctors working in primary care by 5,000 “as soon as possible”, but our modelling suggests that it will not be possible to significantly expand the number of GPs in the short- to medium-term.

Currently, the number of GPs is falling, with 5 per cent fewer full-time equivalent permanent, fully-qualified GPs in March 2019 than in 2016. Our report concluded that the shortage of GPs is too profound to solve through extra training places and recruitment drives on their own. We recommended that the skills of other professionals such as pharmacists and physiotherapists be utilised more widely and routinely in general practice

The Interim Plan contains many provisions that will be difficult to deliver without cross-government support – from the Treasury on budgets, the Department of Health and Social Care on pensions, the Home Office on immigration, and the Department for Education on apprenticeships and university training.

It is perhaps significant that a specific figure for international nurse recruits – reported to be 5,000 a year, just as we suggested – did not make the final report. It’s plausible that it was removed to satisfy cabinet ministers unwilling to approve a specific aim to employ overseas workers. Sadly, we could be waiting some time for government action. So what does this mean for NHS leaders?

Navina Evans, chief executive officer of East London Mental Health Foundation Trust was involved in the development of the Interim Plan. Speaking at a recent event at The King’s Fund, she said that reaction to the Interim Plan falls into two camps: those who want to get involved in making it happen, and those who are sceptical to the point of inertia.

Recognising the need for significant additional funding to address the gaps, she warned against waiting for political action. Indeed, while critical decisions must be urgently addressed by central government, this should not stop NHS leaders from starting to deliver on the many actions that don’t require a government intervention.