Dr Beth Fylan on how “props and bridges” used by staff and patients promote the NHS’s safe functioning – despite the pressure borne from busy ward environments, multiple discharges and complicated medicines 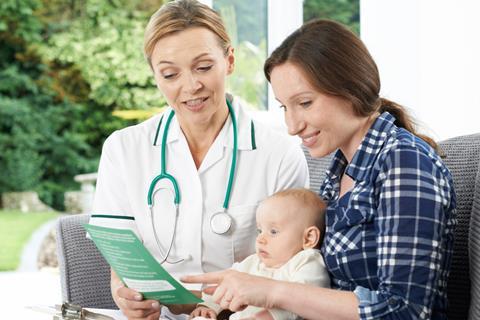 Managing medicines safely is a healthcare imperative. Poorly managed medicines put patients at risk, and they are especially vulnerable after hospital admission.

Once a patient is admitted, new medicines can be started, old medicines stopped and doses changed. It is critical that different care providers such as hospital and community staff communicate effectively to ensure each knows exactly what medicines a patient should be taking.

What’s more, many patients report that they do not understand the medicines they have been given, a problem which is often exacerbated in patients who take multiple medicines.

Given there are so many opportunities for things to go wrong during this period in a patient’s care, why is it that for many patients the care they receive goes well and they are able to effectively manage their medicines?

The answer often lies in the actions that organisations, staff and patients take to compensate for gaps in the medicines management system, thereby strengthening process through being responsive and adaptable. In other words, enhancing system resilience.

Our research, which focuses on patients with heart failure who usually take multiple medicines to manage their condition and slow down deterioration, has highlighted the critical role played by “props” and “bridges” that are put in place by staff and patients to keep safe care working in practice – even when that is different from how care was originally designed.

Some diligent staff would take extra time with patients to explain their medicines to them, sometime facing down pressure from colleagues to discharge the patient quickly to free-up bed space

Formal “bridges” in the system help promote safe management of medicines and facilitate care continuity – despite gaps such as limited staff training about medicines management at care boundaries or how to hold discussions with patients about medicines. These bridges help the system to function well under pressure across boundaries, for example those between hospital and community pharmacies.

In one of our study sites, a system had been introduced to transfer information about patients’ discharge medicines to their community pharmacy so that they would know the medicines the hospital intended the patient to be taking and offer additional support services. Elsewhere, two hospitals offered post-discharge pharmacy-led titration clinics where medicines doses could be promptly adjusted.

This meant that patients could get specialist input into their medicines without the sometimes lengthy wait for a heart failure clinic appointment. In primary care, we found that some GP practices had re-engineered how they processed discharge information from hospitals so that pharmacists would take charge of receiving discharge information from the hospital and coordinate any necessary actions.

They had done this after recognising the safety challenges involved in processing discharge medicines information.

Perhaps more surprising were the “props” we found instigated by patients alongside their care team to actively create safety. We also saw some staff create their own handwritten medicines checklists to discharge patients effectively.

We also found that whilst there were no standardised ways of informing patients about their medicines before they were discharged home, some diligent staff would take extra time with patients to explain their medicines to them, sometimes facing down pressure from colleagues to discharge the patient quickly to free-up bed space.

Staff would also take time to query reasons for medicines changes made by other staff that were undocumented in patient’s notes so they could include that information in the discharge summary.

Patients themselves added an extra layer of safety through the system props they created, often based on previous adverse experiences after hospital discharge. Some would check the set of medicines they received from their pharmacy after discharge by comparing it to their hospital discharge summary.

Others created their own medicines lists when they got home and introduced ways of managing medicines in the home. This could be through annotating their discharge summaries, setting alarms, and creating medicines storage systems. Yet more sought additional help to compensate for leaving hospital without really understanding which medicines had been stopped and which they should continue to take.

Ultimately, we found that these bridges and props in the system promoted its safe functioning – despite the pressure borne from busy ward environments, multiple discharges and complicated medicines.

To design a system that works whatever the conditions, healthcare leaders and policy-makers must learn from the system props revealed in our study, whether constructed by staff or patients. Some may involve staff delivering care in a way that differs from mandated policy and sees patients performing roles and functions that are not understood or supported by the system because they are invisible to policy-makers.

At the same time, healthcare leaders and policy-makers should also focus on practical, inter-organisational measures that will improve system resilience, including improved connectivity between the IT systems that support primary (including community pharmacy) and secondary care, and inevitably increasing patients’ own understanding of their condition and treatment plans.

This research is funded by the National Institute for Health Research Programme Grants for Applied Research. The views expressed in this article are those of the author(s) and not necessarily those of the NHS, the NIHR, or the Department of Health and Social Care.