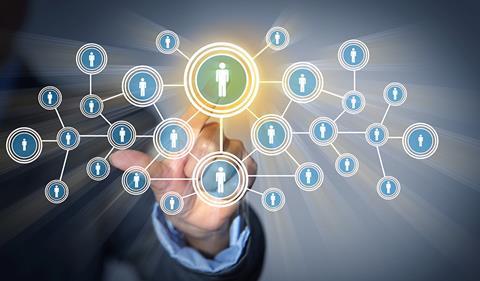 Seres's blog has 85,000 followers due to the incredible partnership with his transplant team

Seres's blog has 85,000 followers due to the incredible partnership with his transplant team

How do you bring in significant change in an organisation as complex as a group of hospitals, spread across the country and with their own ways of doing things?

‘When we had staffing problems, everyone was in their own world and not always supporting people on other wards’

One answer is with the help of an exemplar hospital where changes have been piloted and refined.

The 65 BMI hospitals are moving towards adopting “the BMI way” - an approach which incorporates “lean” thinking but has enhanced communication with staff at its heart.

Mr Coulston says improving staff engagement has been a key aim of the project.

“What we are trying to do is really make our clinical peoples’ lives’ easier,” he says.

“We are asking our staff to do a lot of things that might have made sense five years ago but today are a waste of time.”

Changing this could increase their capacity to care for patients, he says, and the aim is also to empower them to solve more problems at source as staff are the experts.

One of the key ways of driving forward change is through communication cells. These are a succession of short meetings, starting with each shift at ward level and working up through the organisation, where problems can be raised. This can be as simple as a member of staff having phoned in sick: using the pyramid system of meetings this can either be dealt with at a lower level (for example, by transferring staff between wards) or can be escalated up to director level within a short period of time. Ultimately issues raised can be cascaded through to the hospital’s leadership team and right up to the chief executive.

Communication notice boards allow anyone to add a concern at any point with an expectation that it will be discussed and acted on. The whiteboards also allow for performance indicators to be recorded and for information to be passed down through the organisation just as quickly.

“We have always had a major emphasis on improving communication to ensure that we escalate risks and concerns to people who can do something about them,” says Mr Coulston. “It is about helping the leadership team recognise their primary focus is supporting frontline staff in delivering great care.”

The pilot site for these changes has been the Alexandra Hospital in Manchester. “At the Alex, the whole hospital is working in this way and we are now cascading it to other hospitals in the group,” he says. “We have created a growing number of standard solutions but we appreciate every hospital is different so we have tried to see these standard solutions as guidelines.”

The aim is to encourage a sense of ownership in the solutions - rather than people being told what to do too explicitly -and make them more sustainable with a tailored solution for the local circumstances.

Karen Higginbotham, associate director of nursing at the Alexandra Hospital, says: “The experience here has been very positive and I think now people are beginning to see the benefits.”

Introduction was not without challenges, she says, and there was some resistance. However, the more open communication has paid off. “Before, when we had staffing problems, everyone was in their own world and not always supporting people on other wards.”

Now solutions can often be found within the hospital - rather than using agency staff. One positive outcome has been that agency spend has plummeted. In the year from October 2012 to September 2013, agency spend was under £30,000, against £269,000 for the previous year, without compromising patient safety or quality, she says. Money saved can be reinvested in other aspects of care.

The nursing management team also have a good grasp of how everyone is doing on other key performance indicators.

But the system can also put pressure on hospital management to respond to the issues raised by frontline colleagues.

Philip Oehley, executive director at the Alexandra Hospital, says: “It gives the staff a voice and creates a platform for things not to brew.”

Concerns raised can vary from the heating and air conditioning through to whether the patient experience when they “walk in” for minor operations is as good as it should be, he says. Over time, themes have been identified which have led to action. It has led to changes in waiting areas, for example, where staff thought patients needed more privacy. But he adds it has also helped staff understand each other’s roles better and the issues they face.

Ms Higginbotham feels the communication cells could be adopted in other healthcare settings.

Like any management system it does require work. We need to encourage staff towards continuous improvement

“We have found that we manage our risk incidents and complaints better. We wanted people to feel they can report without fear. We encourage people to do it because we need to know so we can make things better for our patients.

“We have kick started a lot of continuous improvement projects looking at things like discharge and bed planning. People are now more aware of issues other members of the team may have and how those can impact on the smooth running of the hospital and ultimately patient care,” she says.

Mr Coulston adds: “As a team we learnt so much at the Alex. It was a complete win-win. We made mistakes in that first hospital which we have learnt from and have improved our approach. We try to create a culture of feedback to move people away from being nervous about challenge to actually supporting performance. We want to get it embedded and sustainable.”

That is particularly important as Mr Coulston’s team withdraws and it is up to each hospital’s team to continue making improvements. Teams from each new site are taken to the Alexandra Hospital or one of the other early adopters to see what has been done: peer to peer conversations can help to transmit enthusiasm for the change.

The Alexandra Hospital itself is reflecting on the process it has gone through over the last 18 months and where it can further improve things.

Mr Oehley says embedding improvements does require energy and time: “Like any management system it does require work. We need to encourage staff towards continuous improvement.”

However, the system looks to be getting a momentum of its own.

“More and more people are coming to us and saying we would like our hospital to be the next one - that puts a lot of pressure on us,” says Mr Coulston. l