Why it’s time to help the helpers

3
Spelling it out loud and clear
Supplement Archive

Spelling it out loud and clear

A trust reveals its strategies for aiding staff when they face mental illness, and a nurse explains what happened at work after she suffered post-partum psychosis 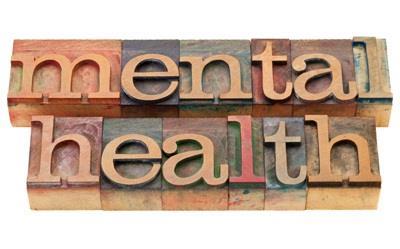 Southern Health Foundation Trust is a leader in taking the mental health and wellbeing of staff seriously.

The trust, which provides community health, specialist mental health, and learning disability services for people across the south of England, is deploying various strategies aimed at ensuring the workforce is resilient and well-supported.

Initiatives include a Recovery College, which supports staff – and service users – to take control of their mental wellness using an educational approach to recovery and self-management.

Operating inside the mental health division, but delivering courses across Hampshire, the college runs courses which have been co-produced and are co-delivered by staff and people with lived experience of mental health problems.

Perhaps unusually, the courses are a co-learning environment, where staff and service users attend and take part on an equal footing.

Lesley Herbert, consumer adviser with the trust’s mental health division, is a leader in the Recovery College. She says the co-learning is an important part of the programme, with staff attending either in a professional capacity or because of their own mental health and wellbeing concerns.

“Some people attend in a professional capacity, but find it helps them in a personal capacity, too,” she says. “It’s not therapy, it’s education. We’re testing the boundaries and seeing what works, but so far it is working very well.”

This joint, co-learning approach has created issues only in a couple of cases, she says, and these have been quickly resolved. More widely, the challenge has been in persuading people that experience – whether professional or personal – is all important and is all valid. “We make it clear that we need to value everybody’s experience,” she says.

Ms Herbert herself has a wealth of experience to bring to the initiative, including previous roles in the NHS, social care and third sector. She also has lived experience of mental health services.

The college launched in April in the mental health division, and there has since been interest from other departments at the trust.

Ms Herbert would like to see the approach rolled out more widely as part of an NHS which, as a workplace, is truly supportive of people’s wellbeing. “I think the NHS has got a long way to go, and the college could be part of the solution,” she says.

‘The NHS has got a long way to go, and the college could be part of the solution’

“Staff have been having a hard time – there’s been a massive redesign and one of the lessons for senior teams is that you go into massive change without considering the wellbeing of staff at your peril, as it makes the process much harder.”

Amanda Clark, a clinical psychologist, works across the trust to support the wellbeing of staff, focusing in particular on teams and how they work together.

With a background in mental health services, she uses psychological approaches to help teams work better together, be more resilient, and cope with the stresses and challenges they face.

Her work is part of a pilot project which has the scope to be used more widely across the trust, which has around 9,000 staff.

“We’re looking at promoting staff wellbeing and team functioning; the two go hand in hand,” says Dr Clark. “You can’t have well-functioning teams if the staff are falling apart.”

Change is stressful, she says, and the NHS is and always will be a changing environment. For senior management, this can affect the bottom line. “If you change the organisational structure then people can feel they don’t have the skills to do the job – a higher levels of stress leads to higher levels of sickness absence.”

She is adopting two main methods of trying to build resilience, one of which involves working directly with specific teams, while the other offers sessions on delivering staff wellbeing.

The latter includes encourages staff to take on board the “five-a-day” of wellbeing, which are connectedness, learning, activity,noticing/mindfulness, and giving (eg by volunteering, or as part of your job).

“I don’t say that people have to do everything on the list, but suggest they take just one, to make it more manageable,” she says. Reaction has been positive, she says. with at least one member of staff reporting taking up the piano as a result.

“It’s about self-compassion,” she says. “And that’s important, because without that, how can you have compassion for other people?”

Helen Hutchings firmly believes that in 10 years’ time, the NHS will have switched from a performance management approach to one of supporting staff wellbeing.

“It makes sense,” she says. “It’s about changing ward culture, and workplace culture throughout the NHS more generally. Instead of personal development plans and appraisal, everyone should have wellbeing at work plans. If you support people to be well, they will perform well.”

In 2003, around five weeks after she had a baby, she became very ill with post-partum psychosis. “On my return to work I kept it a secret,” she says. “I was frightened – frightened about what my colleagues would think, and frightened that people would think I couldn’t do my job. It was largely self-stigma, but it was also fear of discrimination.”

Ms Hutchings’ mental health “remained poor”, she says. “I ended up taking lots of time off with flu, and colds – I pretended it was physical problems because I didn’t want to disclose a mental problem.

“Although I was working in mental health, nobody in the workplace spoke about their own mental health, and I think that I felt that as a mental health nurse, I should have been able to cope; I felt very isolated at work.”

Following a relapse, a stay as an inpatient in a psychiatric unit, and a diagnosis of bipolar affective disorder, Ms Hutchings was again faced with returning to the workplace. This time it was very different.

“I had changed jobs and had a new manager, who was very supportive. She helped me frame my lived experience of mental health problems as an asset, and a quality, as opposed to a hindrance. That manager was truly life-changing, and I can’t thank her enough.”

It was a long process, she says, and not without difficulties. For example, she decided to disclose her condition to a colleague who she had thought would be sympathetic. “He told me he wished I hadn’t told him because he would find it hard to work with me,” she says. “So there was self-stigma, but discrimination and stigma from others as well.

“But I had real, emotional support from my manager. Without her I might have left a job that I loved, left the NHS, left nursing.”

Ms Hutchings began to speak openly about her experience as an NHS worker with lived experience of mental health problems, and has also encouraged others to share their stories. She is a keen user of twitter, for example, under the name @teaandtalking.

A year ago she had another episode and, this time, her return to work was, she says, incredibly supportive. “I had a graduated return to work, which was negotiated with my manager. I didn’t have to go back to the clinical arena right away; I worked very, very reduced hours doing admin support. It was very flexible – I found it hard to get up in the mornings because of my medication, so I didn’t have early starts.”

It took six to eight weeks until she was back as a full member of the team, she says, and she had tremendous support from management and colleagues.

“I chose to be open with my colleagues and they’ve been amazing, 100 per cent supportive,” she says. “I think it’s partly about role modelling – the manager is supportive, so others are, too.

‘When a crisis happens it’s not a big deal – it’s not gossip, it’s yesterday’s news’

“I also think that because I have spoken about it, when a crisis happens it’s not a big deal – it’s not gossip, it’s yesterday’s news.”

She now has a personal wellbeing at work plan which aims to ensure the conditions are right to help her stay well. This includes clinical and management supervision, an ability to share the load, and to let her manager know if she needs support.

Her manager, the rest of the team, and ultimately the NHS and the patient all benefit as a result, she says. “My manager doesn’t support me as a lame duck. She supports me as a strong member of the team. That’s the important thing.”

Why it’s time to help the helpers