Survey: The five things the next government should not do

Rising waiting lists, a reorganisation of commissioning and political interference are just a few of the things NHS leaders do not want from the next government. Daloni Carlisle explores the results from HSJ’s election survey, in association with GE Healthcare Finnamore

What do you not want the incoming government to do?

As the election looms, the NHS is keeping its top spot as a campaigning issue. But while the politicians are out on the stump shouting about what they will do, we asked NHS senior managers a reverse question: what do you not want from the incoming administration?

‘Focus on patients, service and quality rather than on structure and governance’

The top line was clear and simple: focus on patients, service and quality rather than on structure and governance. It is one that all the parties should heed.

Our survey, conducted online over two weeks in March and April, drew over 350 replies. We asked readers to list the top five things they do not want any incoming government to do from a list of 12.

The items that appeared most often in readers’ top fives was waiting lists. Two-hundred readers rejected the idea that waiting lists should rise to keep costs down and focus on demand for emergency and urgent care.

Readers returned to the theme of waiting lists when invited to comment on their responses to the top five question. One hospital director noted: “Increasing waiting times for electives will erode confidence in the NHS. Set out some high level ‘must dos’ then let the service get on with it.”

‘Increasing waiting times for electives will erode confidence in the NHS’

“I am really encouraged by this result,” says Jonathan Pearson, senior partner at GE Healthcare Finnamore. “It’s clearly about service and quality of care and access. This is something that is good for patients.”

No more reorganisation of commissioning

The second most frequent “don’t do” - appearing 170 times - was around commissioning. The message? Please do not reorganise it.

However, this did not seem to be a vote in favour of current arrangements. This comment from the director of an integrated care organisation was echoed by several other respondents.

Rather, this was a real and passionate vote against reorganisation. “Please no more commissioning changes,” said one senior manager from a national body.

‘The last reorganisation of commissioning has been fraught with difficulty’

Another senior manager added: “The last reorganisation of commissioning has been fraught with difficulty, and it is still encountering problems. Another disruption is not what the NHS needs.”

“We need to focus on delivering change so a reorganisation would be a disaster,” added an CCG executive director. The cry of “no more reorganisations” was a theme throughout the survey comments.

Mr Pearson says: “Where the plea not to let waiting lists rise is about service and the focus is on patients, when it comes to commissioning this is about structure and governance.”

As he notes, all three major political parties are focusing on just that. “A lot of the policies are around governance and structure,” he says. 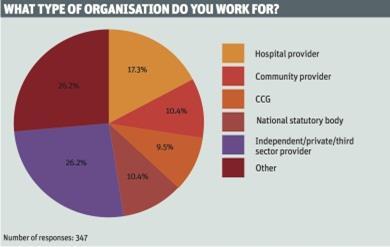 Greater powers to local authorities are a no-no

A recurrent theme among the comments was that the new administration should allow change to evolve. One manager from a national body said: “Continue the drive towards a menu of clear ‘local solutions’ with national support.”

Mr Pearson says: “This push for evolutionary change highlights the strength of the vanguards which are designed to be flexible and innovative.”

But then comes a paradox: if they are successful, they create a strong clinical, financial and moral push for rolling the model out, says Mr Pearson. “The challenge then will be how to do that.”

According to HSJ readers, this should not be through handing more power to local authorities. This item appeared in 153 top five “don’t do” lists.

‘Local authorities are not equipped, skilled or resourced to handle their current portfolios’

Readers felt that resources could be allocated ineffectively and were frankly sceptical of the capabilities of local government to manage health services. “Take a long hard look at how local authorities are managing public health teams,” said one senior manager from a national body.

Another added: “Local authorities are not equipped, skilled or resourced to handle their current portfolios.”

A few did acknowledge that change is needed. One clinical manager said: “If there was a significant change required it would be the joining of health and social care away from the local authorities, commissioning from the NHS as the preferred supplier.”

Mr Pearson says: “NHS leaders have had a taste of this [devolution to local authorities] through the better care fund and health and wellbeing boards and this is saying ‘no more, thank you very much’.”

It does create something of a political tension, he notes. “I think this is particularly true for Labour policies but also for other parties too if we think about the devolution in Greater Manchester, where there will be much greater involvement from the local authority and possibly the mayor, and for the Lib Dems who also want to see more devolution.”

Stay away from high level of ministerial intervention

Another of the top asks from readers was for an end to political interference in the NHS. This featured in 167 top five lists.

One senior manager from a national body noted: “Ministerial intervention costs a fortune and millions are wasted. This is not an opinion.

“It is a fact observed from a professional position of being ‘piggy in the middle’ between ministers and NHS delivery.”

If ministers must intervene, some said, then they should at least be honest rather than try to win votes. As one senior manager from a national body put it: “I would like the new government to have the courage and stamina to tell the public the truth about the future viability of the current NHS model.”

A clinical manager added: “I would not want the incoming administration to pretend that acute NHS provision is sustainable and that there is no need to consolidate acute provider trusts.”

Mr Pearson says he is not surprised by the backlash over ministerial interference. “It’s been constant over many, many years despite attempts to put a distance between ministers and the NHS,” he says.

Is it time for an incoming government to look at this again, he asks. “There is a potentially great policy here, doing for the NHS what [former prime minister] Gordon Brown did for the Treasury and the Bank of England. It would be good for the NHS and for the politicians too.” 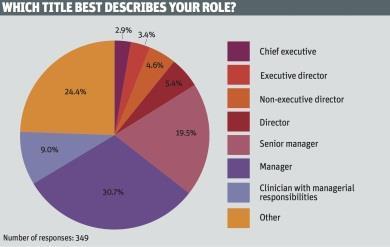 The final item to make it to our top “don’t dos” was to launch a recruitment drive for new NHS chief executives from the private sector and abroad. There were few comments on this but it made the top five lists of 133 respondents. Mr Pearson is slightly mystified by this. “I think this is myopic,” he says.

“Yes there are great leaders in the NHS and I would have thought that the NHS would want to get great people wherever they come from.”

The first of these is probably linked to the lack of appetite for another reform, but potentially poses a problem for an incoming Labour administration, says Mr Pearson. “Andy Burnham would need to be seen to rip up the Health and Social Care Act, even if only symbolically.”

‘NHS leaders want to see evolution and not radical change’

The stance on pay is perhaps surprising, says Mr Pearson. “I would have thought that many NHS leaders would like freedom on pay but it seems they do not. It may be that they feel national pay bargaining is working.”

However, the overall message from this survey is clear. “NHS leaders want more focus on service and patients and less on structure and governance,” says Mr Pearson. “They want to see evolution and not radical change.”