2
Supplement case studies: So how efficient are you?
Technology and innovation

Supplement case studies: So how efficient are you?

Trusts up and down the country are finding out where they stand in diagnostics – and starting to make improvements. By Claire Read 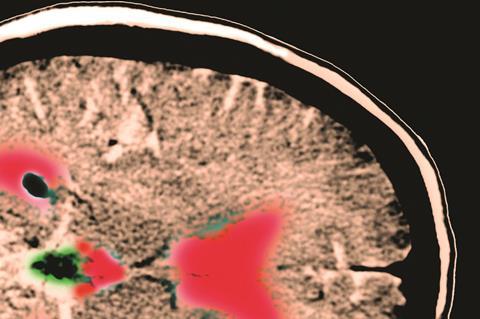 In a context of financial constraints, the pressure to prove efficiency is inevitable. Yet in diagnostics that can sometimes be easier said than done. For Alice Turner at University Hospitals of North Midlands Trust, the answer lay in using information gathered by Siemens CT scanners up and down the country.

“I wanted to prove we were using our assets as effectively as we could and, if we weren’t, to do something about it,” explains Ms Turner, principal radiographer at the organisation. “And to get a feel for where we sat within the NHS. Were we out of kilter with the rest of the UK? Is everybody else more efficient than we are?”

To get this sense, the team used utilisation management data from Siemens – the company that, through a managed equipment service, supplies the trust’s diagnostic equipment.

Siemens CT equipment automatically collects information on the number of patients scanned, mean time between scans and the average length of scans. “So Siemens has got access to data I would never have access to,” explains Ms Turner.

“And it is able to look at all of their systems in the NHS to benchmark us: how effectively are we using our scanners versus elsewhere in the country?”

The answer was efficiently: the trust’s use of its CT scanners ranked sixth in efficiency out of 70 comparable Siemens systems. There was no resting on laurels, however.

Having reviewed the Siemens data, Ms Turner then passed her own information to the company – “so what’s our demand like, what’s our turnaround time, what’s our waiting lists, what are the processes that we go through on the patient journey” – and invited staff at Siemens in to observe the workings of the department.

The aim: to find ways to make CT scanning at North Midlands even more efficient.

‘It wasn’t just about numbers’

“They worked with the team to look at the whole process. So we had data, we had observations, we had communication with the staff: what does it feel like to be part of this team, is there anything we could do differently?

“It was a very rounded view of the service: it wasn’t just about numbers. Because if you just keep hitting your staff with numbers, efficiency, turnaround times, that is guaranteed to turn them off.”

Having collected all this information, staff at Siemens went away, analysed it, and suggested ways to help the department make even better use of the technology it used every day. “They pointed out best practice, what they felt we couldn’t do any better, as well as some quick, easy fixes and things that were going to take a little bit longer to do,” says Ms Turner.

In some instances it was necessary to strike a balance between improving efficiency and maintaining patient experience. “To give an example, we have a very strong philosophy around privacy and dignity and how our patients are seen while in the department,” she explains.

“No patient is ever seen on a corridor or in a waiting room dressed in a hospital gown: they go into a changing room to change into a gown and then pass through into the examination room. One of the things we could [have done] to speed up our throughput was relax that policy, but we weren’t prepared to compromise.”

After a year, the Siemens team came back to review whether the department had become more efficient. It had: from sixth most efficient user of its Siemens CT scanners, the organisation had moved up to number two among comparable systems, scanning an average of six more patients a day.

Staff satisfaction had also dramatically increased: from a score of 2.2 out of 5 at the initial assessment to 4.4 after the changes. Part of the reason for the increase may be that, since the service is much more efficient, sessions are no longer overrunning. That means staff are going home on time.

Ms Turner is clearly delighted by the success of the project, and emphasises the value of external data and expertise. “Would I have had the time, inclination or tools to have been able to do this work? No. Not to that level.

“The [utilisation data] is a really powerful tool. Because if you cannot prove you are efficient, who is going to believe you? We can all say we are. But having that dataset behind you is very, very powerful.”

If you want an example of the growth in demand for diagnostic technology and expertise, you could do worse than consider Southampton. When the organisation signed a managed equipment service contract for its medical imaging – known internally as the imaging infrastructure support service (IISS) – the expectation was that two MRI scanners would need to be fitted.

By the time installation began, it became clear that demand had risen sufficiently that a third scanner would be required.

“We’ve seen a 10 to 15 per cent year on year increase in demand in a cumulative fashion since 2005, and it shows no signs of slowing down,” explains Madeleine Sampson, consultant radiologist and clinical lead for the IISS project.

The new scanner has been part of meeting that need, but so too has thinking about the efficiencies of the space in which the scanners are located.

An existing area has been reconfigured, “made into a big three MR scanning suite with an inpatient entrance and an outpatient entrance, to keep the workflows separate, which has been really beneficial,” Dr Sampson explains.

Aaron Hutchison, IISS programme lead, reports that further redevelopments are now taking place across diagnostics at the trust – all with the aim of ensuring maximum efficiency in the use of technology now and into the future. He suggests that a key benefit of the partnership with Siemens is future proofing: the confidence that as and when new innovations are made, they can be introduced at the trust.

Executive support has been key to the success of the work, according to Mary Gawne-Cain, consultant neuroradiologist and radiology care group lead.

“And it’s not just for the equipment service, it’s for the whole radiology department: supporting the importance of what we’re doing so that people in the department feel they’re valued,” she says.

At Bolton, there has long been a dedication to lean methodologies: Catherine Walsh says it has been a focus of her work since she joined as radiology manager nearly 10 years ago. “The main remit is always to do more with less, and there are lots of areas where we have improved efficiency and patient throughput so that we can make better use of the people and non-people resources that we’ve got,” she says.

‘The main remit is always to do more with less’

That has included considering the efficiencies of new technology. In 2010, introducing Siemens digital radiography to all X-ray rooms automatically improved efficiency by 30 per cent – the technology makes it possible to view images instantly.

But it also made it possible to close some X-ray rooms and relocate all the examinations into one department, making it far easier for staff to move between rooms.

“As we all know, it gets more and more difficult to meet your savings targets, and nobody’s going to get significantly more money these days. So we’ve got to come up with ways of being more efficient,” argues Ms Walsh.

To that end, the organisation has recently worked with Siemens on a new project to improve the flow of its ultrasound department.

“I don’t think we’re ever going to put the genie back in the bottle in terms of diagnostics, because as technology has increased we’ve got better at diagnosing from the diagnostics that are available, and therefore clinicians want more of that,” suggests Ms Walsh. “In my experience, activity will only grow over the years.”