4
Supplement: Just what the doctor ordered
Technology and innovation

Supplement: Just what the doctor ordered 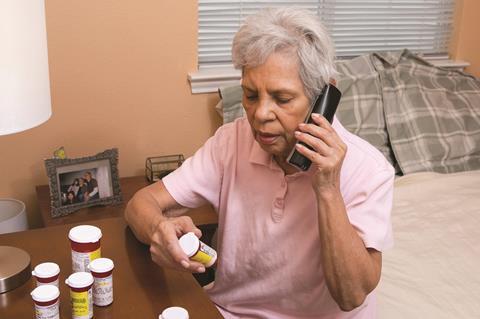 When Paul Johnson began to develop a multidisciplinary service for frail older people in the South Devon area, medication was a major area of focus – particularly the use of multiple medications by one person.

“There is good evidence that medication errors are quite high, particularly in the older population and particularly when you get cognitive decline,” explains Dr Johnson, a GP at Cricketfield Surgery in Newton Abbott and clinical lead for frailty across six local practices.

“In addition, polypharmacy [the term used to describe the use of multiple medications in one individual] is a major problem. So we were looking at ways to reduce the polypharmacy, and the STOPP criteria came to our attention.”

STOPP stands for Screening Tool of Older People’s potentially inappropriate Prescriptions. The tool is a valuable way of identifying combinations of drugs that could be harmful, and finding medications that could be stopped.

The challenge is that using this clinical decision support tool in practice is not necessarily straightforward. “In the most recent update, published in 2014, the researchers identified 77 criteria in 11 domains – the domains being things like cardiovascular and respiratory and central nervous system,” explains Dr Johnson.

It was a challenge that led Dr Johnson to draw on the programming skills he developed as a teenager with a BBC computer. Working within SystmOne – the computer system used by primary care locally – he developed an automated way of applying the STOPP criteria. “It effectively runs a protocol within the system, which automatically goes through the criteria and sees whether it applies to that particular patient,” he explains.

“So you run the protocol on a patient record, and whichever of those STOPP criteria are applicable it produces an entry into the patient’s notes – you have a summary report which will have anything from none to about five or six of those criteria that are relevant. And then it’s up to the clinician to review those, and make any medication adjustments necessary.”

In other words, the protocol is a quick and easy way of applying academic, evidence based research to actual practice.

Chris Bates on the data revolution

In recent weeks NHS England has reiterated its goal of a paperless future, aiming for a fully digital service by 2020. This ambition should be applauded, its rationale lying in inefficiencies and poor patient experience that have yet to benefit from technological innovation.

The success of digital systems and data in primary care is beginning to be matched across further health and care settings, and is increasingly reaching patients themselves. This represents a serious opportunity to make the service far more data driven across all levels – through direct care, commissioning, service design, policy and research.

This is also starting to be realised across all the major areas of national disease burden, moving away from working in a data desert to an information rich environment. Following the Five Year Forward View there are substantial changes to care delivery, with a focus on improving public health and promoting integrated care.

Only by collecting data and designing metrics that run across all areas of care delivery can we evaluate and measure the performance and impact of this effectively and accurately. This needs to happen now or the opportunity for meaningful comparison will be lost.

From a research perspective, it is no exaggeration to say that UK primary care systems and the data they hold are among the best in the world. If we can work towards a secure, ethical framework to link primary care research data to hospital information and biomedical sources, there are significant academic, clinical and economic gains for the country as a whole.

Across all areas of the NHS we need to be mindful about what data we collect, utilise and analyse, ensuring as far as possible that our focus reflects the real human aims of improving patient experience, improving outcomes and enabling a modern NHS workforce.

There is no panacea here but there is a real opportunity nonetheless. With the right structures in place, with public transparency, with clinical engagement and with suitable investment in digital infrastructure, the NHS has a lot to gain from the data revolution.

Chris Bates is head of analytics, informatics and research for TPP

“I suspect it’s beyond the cognitive burden of a GP in a six minute consultation to have the knowledge of that entire STOPP protocol, because you’re talking about two or three hundred criteria that you would need to have in your mind,” explains Chris Bates, head of analytics, informatics and research at TPP – developer and supplier of SystmOne. “Clinical systems can perform this analysis automatically.”

TPP’s clinical director John Parry says it illustrates how the quantities of data held within shared electronic patient care records can be used to provide better care – centred on the needs of local patients and clinicians.

“The tools within SystmOne that enable clinicians to build tools means that what we’re doing is almost letting go of the approach to clinical decision support,” he argues. “This is an example of where existing functionality in the IT system has been coupled with knowledge and research that created the STOPP algorithms.

“The two have been put together, and now you’ve got a point of care clinical decision support tool which has been generated on the basis of a local need.

“And it is very much more locally manageable rather than having to produce a much more cumbersome process where everything has to be fully tested and accredited before it can be rolled out across the national system – it gives the users and the communities the opportunity to build content which is relevant for whatever their priority is in the local area.”

Through its database ResearchOne, TPP believes there is the potential to bring much clinical research into practice more speedily and more effortlessly. The database, developed by the company in partnership with the University of Leeds and government body Innovate UK, has 6 million de-identified electronic patient
care records.

The initial thought was that the database could provide large quantities of data for researchers. “But we also realised,” says Mr Bates, “that instead of having this static dataset for people to come and research on, in SystmOne we had a clinical information system sitting above it to allow the researchers to build the results of their research back into the system and actually get it used in clinical practice.

“So we think we’ve got an opportunity here to improve that translation of research into clinical practice. And historically, certainly in the UK but also globally, that has been something that is very, very difficult to achieve.”

Mr Bates reports there are currently 40-50 projects at some point in the ResearchOne cycle, “of which I would say probably half have the potential to inform new clinical decision support”. This includes work with Macmillan Cancer Support to electronically implement an existing cancer decision support tool.

“It looks at the combination of symptoms that a patient has presented at a GP practice for in the past 12 months and then gives you some indication, a flag really, as to if this could indicate a cancer diagnosis and you should be thinking about the two week referral. So they have the research there, and what they’re trying to do now is use the clinical system to actually embed that clinical decision support in the system so that it triggers automatically, and supports the clinician.”

In Newton Abbott, meanwhile, early data shows that of the 32 patients on whose records the automated STOPP tool was used, 22 had at least one potential unnecessary or problematic medication. Dr Johnson reports anecdotal evidence that prescriptions have been changed or discontinued as a result.

The tool he developed has now been made available to all SystmOne users to employ. Not only is research being applied quickly, but the results are being quickly
shared too.