4
The cost argument for seven day working
Technology and innovation

Seven day working can reduce the overall costs of healthcare by providing care and saving lives in what are presently non-consultant hours. An analysis of cases of negligence in maternity shows this, argues Hoi Yeung 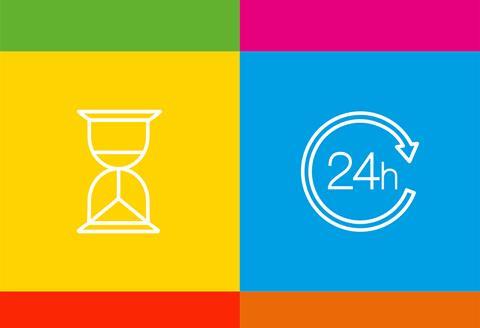 Seven day working can reduce the overall costs of healthcare

Seven day working can reduce the overall costs of healthcare

Seven day services in the NHS could be achieved very quickly if evidence could show that such a move may not increase overall costs, but can in fact reduce them substantially in some services.

As the demand for seven day services is based on safer clinical outcomes, why has the debate so far not fully taken into account a reduction on the cost of clinical negligence, which is the upshot of such a move?

So how much clinical negligence has the NHS incurred in recent years under the current workforce arrangements? The most reliable and authoritative figures are the audited accounts of the NHS Litigation Authority.

The clinical areas responsible for the above clinical negligence costs for 2012-13 have been allocated as follows, based on information on claims published by Litigation Authority on its website: 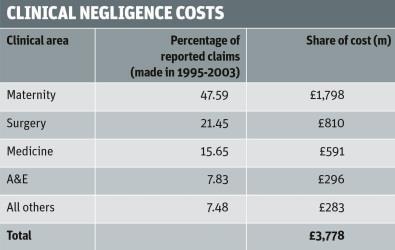 From the data, the clinical area producing the most harm to patients is maternity services. Why is the service so vulnerable to clinical negligence claims?

The plain answer is that the NHS is underfunding this specialty upfront, but then incurs an enormous clinical negligence bill through the Litigation Authority.

The evidence for this underfunding can be seen in the National Audit Office (NAO) 2013 report Maternity Services in England. This report compared the actual resources on the ground with the midwifery and consultant staffing proposed by four royal colleges (including the Royal College of Obstetricians and Gynaecologists and the Royal College of Midwives) in their report Safer Childbirth, published in 2007 and adopted by the Litigation Authority into its clinical risk management standards in April 2009.

The main shortfalls were:

‘The NHS could’ve employed 160 fully qualified midwives for a year for a case awarded £6.4m in damages’

2. One of the targets in Safer Childbirth was that every mother in established labour should have a midwife looking after her. According to the NAO, just 96 per cent of maternity units reported that they aimed to provide one to one care for at least 90 per cent of women, but only 78 per cent said that they were achieving this level.

3. The position of consultants in the service at September 2012 was:

The above shortfall in staffing is a critical factor in the high level negligence claims. One example is Janet Evans, who was cared for by a trainee midwife on her second shift at a freestanding midwifery unit. Her severely brain damaged quadriplegic son was awarded damages of £6.4m.

For this sum, the NHS could have employed 160 fully qualified midwives for a year. As many as 330 similar claims would equate to the entire operating cost of the maternity service for 2012-13.

According to the National Patient Safety Agency, “a resilient [risk management] system is one that expects the unexpected. It anticipates mistakes and risks and creates barriers so that their effect is either lessened or even prevented”.

Would the NHS delivery wards staffed by trainee doctors at most times and the number of midwives 10 per cent or more below recommendations be able to deal safely with the “very acute and life threatening emergency” as posed by the Safer Childbirth report?

An international comparison of stillbirths published in the Lancet had ranked us 33rd out of 35 similarly high income countries. According to the NAO, one in 133 babies were stillborn or died within seven days of birth - about 5,200 in all in 2012-13.

‘The spending represented a very poor allocation of resources’

The spending of such a sum on palliative care for harmed patients represented a very poor allocation of resources. According to the NAO, the maternity service was only trying to recruit 700 midwives when it had a shortfall of 2,300.

As a non-executive director at my former foundation trust which has a major maternity unit delivering around 8,000 babies a year, we examined all clinical negligence claims costing £100,000 or more settled over a five year period (2003-2008).

This should provide maternity services with a quantum leap towards zero harm for patients. It could also make a major contribution to last year’s Sign up to Safety campaign, aiming to halve avoidable harm in the NHS over the next three years and save 6,000 lives as a result.

In order to save the above £1,150m in harm to patients, the estimated additional payroll cost would be around £250m per annum, as follows:

The net result is that the maternity service is projected to reduce harm to patients by up to 63 per cent by providing 168 hour consultant presence for all obstetric units and one to one cover by midwives, while saving £900m at the same time.

The urgent need for a speedy implementation of seven day working in the maternity service is therefore compelling.

There should also be opportunities to achieve similar results in surgery, medicine, and accident and emergency, the next three highest risk specialities.