A trust where everyone contributes to patient care

Humber Foundation Trust, the 2019 HSJ Award winners for Mental Health Provider of the Year, place co-production with staff and patients at the heart of their achievements. Alison Moore reports 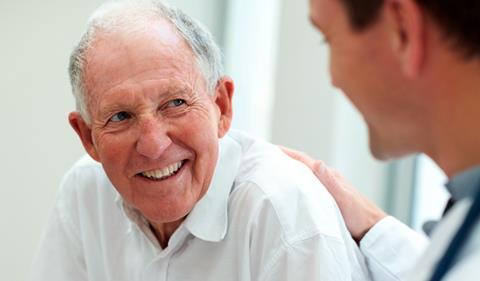 Bringing together a trust which operates from 80 different sites and covers an area of several thousand square kilometres is no easy matter. But winning HSJ’s Mental Health Provider of the Year title in November last year has proved to be part of the glue binding together staff at Humber Foundation Trust – and has given them a shared sense of pride in the organisation they work for.

Chief executive Michele Moran says winning the title has been a morale boost for staff – it is now mentioned in recruitment advertisements and will help the trust stand out to potential applicants.

The trophy has already been on a tour of the trust’s sites and staff celebrated making the short list with a series of tea parties.

It’s a bit of a turnaround for a trust which a few years back did not have a great reputation. Ms Moran, who joined in 2017, says: “It was missing targets – finance, quality, service improvement and staff engagement – and had lost a big contract for community services. Its Care Quality Commission rating was requires improvement but inadequate for safety.

“I originally came for three months but I really liked the organisation so I applied for the permanent post.”

Medical director Dr John Byrne, who joined about the same time, says: “Within a year we had raised that rating to good and made some significant changes.” An emphasis on good governance and ensuring staff took accountability doing their job was part of this. “The chief executive was saying we could do better, we are doing better than that in some places, how do we bring it together and demonstrate it to people,” he says.

The improvements have come through a focus on staff and service user engagement: when she joined Ms Moran says there was a sense of “learned helplessness” among staff. This has been turned round so there is now co-production with staff and patients. “We have done this through listening to staff, working with staff and putting patients at the centre of what we do. Everyone contributes to patient care and making a difference to people’s lives every day.”

Quality improvement was one area where service users became involved with two being trained to take part in it. Even board meetings reflected this commitment to patient involvement with the patient stories covering difficult subjects such as suicide and ECT. “I think we have developed an authenticity in the way that we use the patient and carer voices,” says Dr Byrne.

Quality improvement was one area where service users became involved with two being trained to take part in it. Even board meetings reflected this commitment to patient involvement

The trust now delivers a surplus and has a “good” rating from the CQC. New services have been introduced, and a CAMHS tier four unit has been set up. The staff survey has significantly improved from being at the bottom to being in the middle – although Ms Moran insists there is still more to do.

Staff need support in doing what can be very challenging jobs, she says. And so the trust has been putting money into education, training and leadership development. But the organisation has also benefited from having what she describes as a clear steer about where it is going.

Culture change is, of course, often a long term process. But there are encouraging signs. “Someone said we don’t have rumours any longer because we know what is going on,” she says.

And Dr Byrne says the whole process of entering the competition has opened up what great work the trust is doing. “Everywhere we looked in the organisation we found stuff that was going on,” he says. “Sometimes it was going on and we didn’t realise it.

“We did not get this award out of a lucky bag. We won it fair and square and worked hard.  There is something about having a notice outside your door saying HSJ mental health provider of the year. HSJ awards have credibility.

“I would absolutely say to people if you are not looking at awards and thinking we should enter, you either don’t have curiosity or a little bit of jealousy!”

Judge Tom Holmes from sponsors Hempsons said the trust impressed with a fantastic presentation, involving two service users. Despite being the only finalist presenting via videolink, it was a clear winner.

Why become a sponsor?

Hempsons’ head of business development Graeme Trigg says sponsorship is an opportunity to demonstrate commitment and support for the sector – and to see people outside the usual work context. “It’s important for us to be involved when the NHS’ top achievers and achievements are being celebrated,” he says. “The category sponsorship drives value – it is not so much about the networking on the night but the contacts made throughout the judging process and the brand awareness.”