We'll take a fresh look at clinical leadership in the NHS 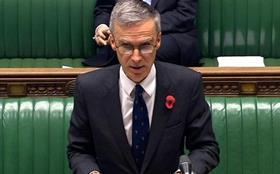 I’ve been looking at the way other countries do leadership within health systems because I’m interested in why health outcomes in peer group nations are generally better than ours.

It is striking how clinicians feature in other healthcare economies compared with our own NHS.

The newly formed Faculty of Medical Leadership and Management reckons physicians add value to the strategic management necessary to deliver results citing a credible portfolio of evidence. That makes sense to me.

So this month I’m launching an All-Party Parliamentary Group on Clinical Leadership and Management.

Let’s be honest. Relatively poor funding goes a long way in explaining UK health outcomes that flag well behind comparable countries, which is to say the likes of France, Germany and Holland, not the risibly unambitious OECD basket the Department of Health likes to pray in aid.

However, it’s not just about the money.

In her first government, a similarly cash strapped Margaret Thatcher, increasingly impatient with demands for greater health spending, looked around for something to do without a price tag.

Mrs Thatcher’s response was to commission a report from Sainsbury’s boss Roy Griffiths. The version that was rolled out introduced general managers. With the advent of the internal market, this new breed became much better paid chief executives, in the van of a grade and salary inflationary phenomenon right across the public sector.

It’s the quality of the management that should be questioned

Less celebrated was Griffiths’ other recommendation – that doctors should assume a more prominent management and leadership role. It wasn’t a particularly novel idea even then and it certainly isn’t now but few would claim that clinical leadership, unlike general management, has advanced at more than a snail’s pace.

Jeremy Hunt regrets this. In November in a very good, hard-hitting speech to NHS Providers, the health secretary expressed the view that general management had not been a rip-roaring success and that what was needed was more clinicians in charge, just like in other countries.

Indeed, the successors of Griffith’s general managers continue to take a good deal of flack, the most devastating of which isn’t broadsides from politicians but friendly fire. Top manager Dame Julie Moore’s brutal remarks about the “gross incompetence” of hospital executives are bound to be brandished by policy makers who, like their 1980s’ predecessors, blame system failures in order to avoid inconvenient funding truths.

The public too appears less than enamoured with the modern iteration of the Griffiths model. Second only to its view that the NHS is inadequately funded is its impression, fuelled by the tabloids, that frontline staff are angels worn down by a detached bureaucracy.

Well, if so, it’s not because there are too many managers. The 2011 King’s Fund report on NHS management, enigmatically subtitled “No More Heroes,” presents good evidence that the service is, in fact, significantly under-managed. It’s the quality of the management that should be questioned. That, I believe, is what Dame Julie, Jeremy Hunt and others are driving at and which the public senses.

It isn’t that Griffiths failed but that his recommendations were observed only in part.

Fit for the role

But before taking the next step it is worth stress testing the assumption that medical management is a good thing. In enthusing about clinicians as senior managers we assume they are naturally fitted for the role and that the opportunity cost in losing large numbers of senior practitioners to patient facing roles is worth it.

I’ve worked under some medical leaders who couldn’t manage their way out of a paper bag but were perfectly adequate with patients. Not a problem in 1983, but revalidation will become increasingly challenging for those seeking to combine patient contact with substantial management responsibilities.

We also forget the insidiously destructive nature of petty rivalries and jealousies that arise in any large professionalised workforce. In his November speech Jeremy Hunt appears to overlook this.

Surgeons and dermatologists may not take to being managed by psychiatrists and GPs. Those managed may harbour suspicions that clinical management is just bunking off seeing patients and that it is “going over to the dark side.”

A similarly dusty view may be taken by other healthcare professionals particularly where management comes with remuneration far beyond the expectation of those who choose to remain with their patients.

What, I believe, Griffiths had in mind was a stream of experienced clinicians with the right personal attributes and equipped with relevant managerial skill sets to add value at a strategic level. In his speech in November Jeremy Hunt cited countries where this is the rule, not the exception.

I agree with Mr Hunt that we have a lot to learn. My hope is that the all party group I’m establishing will encourage parliamentarians to take an interest in clinical leadership and management in a way that escaped their 1980s’ predecessors.

Andrew Murrison is a surgeon and former Parliamentary Private Secretary at the Department of Health 2010-2012. He is a member of the Faculty of Medical Leadership and Management.