Revealed: CCG and councils planning to form ‘one organisation’

NHS England will remain responsible for many of the budgets being delegated to Greater Manchester under the devolution programme as it is employing the region’s new chief officer.

Extensive details of the devolution arrangements for 2016-17 have been published, with the key changes affecting specialised services. 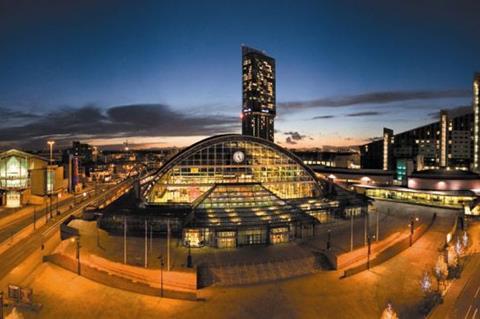 NHS England is searching for a Greater Manchester chief officer

Ian Williamson, chief officer for the devolution programme, told HSJ the arrangements are “consistent with what we set out to do by this point”. However, a policy expert has said the plans are “not keeping pace with the ambition”.

A report to the region’s strategic partnership board said several national budgets will be delegated to a newly appointed Greater Manchester chief officer from April, including for some specialised services, public health, pharmacy and secondary dental services. The officer will be employed by NHS England.

NHS England is currently recruiting the chief officer, with the application process closing on 15 February. The officer will have legal responsibility for the region’s £450m transformation fund, although “operational responsibility” will rest with local leaders.

Just over half the specialised services in Greater Manchester are expected to be delegated under the model next year, including cancer care, renal dialysis and vascular surgery, HSJ has learned.

Richard Humphries, assistant director for policy at the King’s Fund, said: “This supports the direction of travel but it looks as though NHS England will remain very tightly in control of the purse strings.

“It’s not keeping pace with ambition, but this is inevitable in the current climate. The big question is will they move beyond this after 2016-17.”

Mr Williamson told HSJ the arrangements were a “significant step in the right direction” and there will be a move to “more responsibility for more services” in 2017-18.

He added: “We recognise there are questions around whether this is delegation rather than devolution… but quite genuinely what we are interested in is taking charge from April. In general the arrangements are as we expected and what we’re doing is consistent with what we set out to do.”

He said the “technicalities” are less important at this stage than being more involved in decision making, and the region’s progress had been recognised by national leaders through the size of its “frontloaded” transformation funding. Greater Manchester will get £60m next year, which is about 17 per cent of the national pot.

Mr Williamson added: “We are at least 12 months ahead of the country with our transformation plans and the funds are a testament to the strong work we’ve done”.

Who is responsible for what under devo Manc?

Revealed: CCG and councils planning to form ‘one organisation’