The trust said yesterday Mr Allison had stepped down with “immediate effect” for “personal reasons”. 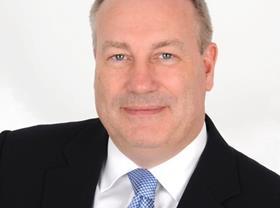 However, HSJ can reveal the trust director of finance, David Jago; chief operating officer Janelle Holmes; interim director of nursing Denise Price; and medical director Susan Gilby had raised serious concerns about the trust’s governance and management for several months. They went to NHSI after being concerned no action was being taken.

As a result of enquiries by HSJ today, NHSI has said it will be launching an urgent investigation into the allegations and will be reviewing the offer of a secondment which it has made to Mr Allison.

Multiple sources confirmed Mr Allison was investigated by the chair after he was appointed to the board of digital informatics company Draper and Dash on 20 November without the knowledge of the trust’s executive team. Mr Allison arranged a meeting for trust executives with Draper and Dash managing director Orlando Agrippa. The meeting was arranged via an email from Mr Allison’s trust account but the meetings never took place due to concerns of staff.

HSJ has obtained a document recording the minutes of a meeting held between the trust’s chief operating officer, director of nursing and medical director and NHSI North medical director Vince Connelly in November, where the executives set out their concerns.

The document, written by NHSI, lays out allegations about the trust’s culture, poor governance and operation of the board, and Mr Allison’s and Mr Carr’s behaviour towards executives.

Concerns recorded in the document include:

In response to questions from HSJ today, an NHSI spokeswoman said: “We will be investigating the issues raised as a matter of urgency and alongside this are in the process of reviewing proposed secondment arrangements.”

The trust and Mr Allison were approached for comment but did not respond before publication.