NHS is moving backwards in terms of board diversity

A recently released research report says that boards of NHS organisation have become less diverse over the last 15 years, which needs to be addressed urgently, notes Joan Saddler 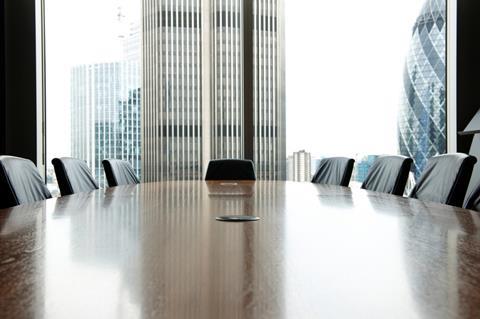 Given the drive and commitment to create a more diverse and inclusive leadership at the top of the NHS, it is a startling fact that fewer black and minority ethnic people and women now occupy chair and non-executive positions.

These leaders are a critical component of the boards that run NHS organisations in England. That they have become less diverse over the last 15 years represents a worrying development that needs addressing urgently.

There is strong evidence for the positive impact that diversity and equality in leadership has on organisational performance and culture. This is the case across the private, not-for-profit and public sectors.

Research published by the NHS Confederation today outlines the scale of the challenge the NHS faces in turning this round.

Diversity in leadership is important for the future of the NHS, particularly in light of the need to implement the new NHS long-term plan which promotes greater integration between staff and expresses the need for transformational change across health services.

The percentage of chairs and non-executives of NHS trusts from a BME background has nearly halved in the last decade – from 15 per cent in April 2010 to 8 per cent today.

The percentage of women in chair and non-executive roles has fallen from 47 per cent in 2002 to 38 per cent now. At the same time there has been no increase in the proportion of non-executive leaders with a disability – this has remained static, between 5 and 6 per cent.

The problem with decreasing diversity on boards is particularly obvious in the NHS because it has a large proportion of female employees and BME staff who play key roles.

Although the reasons are unclear, we think there are two factors that may have had an impact on board diversity.

Reasons for lack of board diversity

The first is the abolition of the NHS Appointments Commission, which oversaw appointments to a range of NHS public bodies until 2012 when it was abolished.

The Appointments Commission brought a necessary rigour of independence to the recruitment process, as well as ensuring that chairs and non-executives had annual performance appraisals, received proper training and were given full support for their board work.

It was never replaced like for like and, by default, NHS Improvement is now the Appointments Commission for NHS trusts. Its reach has been extended to include influencing chair appointments to NHS foundation trusts that have licence breaches.

The second factor was the decision in 2006 to rule that any appointments to foundation trust boards would no longer be considered public appointments.

Although overseen by elected boards of governors at local level, non-executive appointments made by foundation trusts are not subject to further scrutiny and oversight.

We are calling for a review of the appointments process to help address this diversity deficit. This is the first report from our new BME Leadership Network and we are determined to play our part in supporting NHS leaders to put this right.

We make a number of recommendations, including that NHS England/Improvement should appoint a lead chair to work with the NHS Confederation to make recommendations to ministers for addressing the diversity deficit in NHS boards.

We also want to see a review of search firms to ensure they are incentivised and can provide diverse shortlists for NHS organisations.

The evidence for this much-needed change is clear: diversity and equality in leadership has a positive impact on organisational performance and culture. This is the case across the private, not-for-profit and public sectors.

Boards across the UK and those with an international reach are seeking to create better diversity and promote women into board roles.

A small number of companies actively seek to recruit skilled BME board members from a ‘go to’ database of names with the correct characteristics and background who are judged to be ready and able to perform such roles.

It is a cause of concern that the NHS is going backwards when other industries are making such progress. This will not only hamper efforts to achieve the ambitions set out in the long-term plan, but it will also stop NHS organisations from meeting the needs of all their local communities.

Equality, diversity and inclusion leadership in the NHS is about having best practice in the governance of NHS organisations, better engagement with the staff which will lead to better and significant improvements in the standards of care to patients delivered within its institutions.

The time for passively accepting inequality has long passed – as boards and senior leaders we must actively seek difference and be creative about how we look to be inclusive as without this we will make decisions that are not well informed.

If NHS organisations are to create a sustainable pipeline of diverse leaders serving all communities then we must seek ways to accelerate this transition at the top.

We, therefore, hope this report serves as a wake-up call. Through our new BME Leadership Network, we will support front-line and national leaders in delivering progress in this vital area.

Joan SaddlerJoan Saddler OBE is director of equality and partnerships at the NHS Confederation and co-facilitator of the organisation’s BME Leadership Network.