Major hospital reforms in Canada in the 1990s have some pertinent lessons for England on the likely impact on the nursing workforce and care, write Howard Catton and Loren Mathias 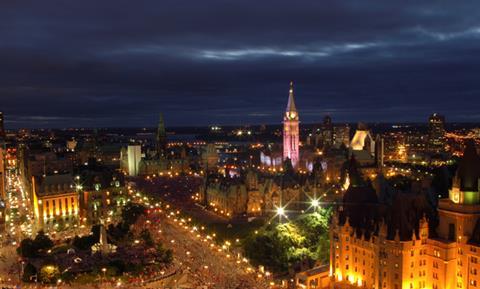 In the early 1990s, the Canadian province of Ontario proposed radical hospital reforms to address a national economic deficit and tightening fiscal budgets. Ontario’s health reforms mirror some of the policy drivers and reforms in England, particularly as many NHS trusts struggle to deliver their part of the government’s £20 billion efficiency savings.

While the health systems and reform agenda are not identical in England and Ontario, there are strong parallels as both systems attempt to move services out of hospitals, reduce readmission rates and increase workforce productivity to meet rising health demands with the same or less resource.

While some think tanks have evaluated Ontario’s health reforms in the 1990s as a learning opportunity for England, there has been little discussion or focus on the impact of the reforms on the nursing workforce and consequences for patient care.

‘Increasing work pressures, lack of full-time jobs and prolonged staff shortages led to an exodus of nurses leaving the province or country’

The Royal College of Nursing in collaboration with our sister nursing organisation in Canada have collaborated to highlight the key lessons and issues from Ontario’s experience that may be applicable to health reforms generally and the nursing profession specifically in England.

Ontario’s reforms in the 1990s

The federal and provincial governments in Canada were forced to make large-scale cuts to address the country’s growing deficit which were results of:

Since the late 1980s, national reforms had sought to decrease reliance on hospital services and to invest in community care. However, in 1995, a newly elected Conservative government under Premier Mike Harris introduced further radical hospital restructuring strategies that were centrally driven and designed to tackle the growing deficit.

The Ontario provincial government committed to reduce hospital budgets by 18 per cent in three years from 1995 to 1998, focusing its restructuring on hospitals in the eight largest municipalities that account for 65 per cent of the hospital spend. An arm’s length body, the Health Services Restructuring Commission, was set up to advise on hospital and bed closures and reinvestment plans.

Approximately 44 hospitals were merged into 14 new hospitals though many of these supposedly closed hospitals are still open today as part of a larger hospital corporation or by having some other speciality usage.

Impact of the reforms…

On the nursing workforce

Many registered nurses and registered practice nurses were made redundant, forced to accept part-time or casual shift work, down banded and substituted for unregulated staff following extensive ward and bed closures. Increasing work pressures, lack of full-time jobs and prolonged staff shortages led to an exodus of nurses leaving the province or country.

The Registered Nurses’ Association of Ontario surveyed nurse migration patterns and found that 82.9 per cent of respondents left Ontario after 1991 while 52 per cent left between 1996 and 2000. The number of public health nurses also decreased by 50 per cent between 1988 and 1998. Nurse shortages continue to be an issue to this day.

The 1998 Ontario Hospital Association Report Card found nearly 50 per cent of patients were concerned that staffing levels in hospitals were “poor or fair”.

Family physicians were also worried about minimal level of care patients received and delayed access to home care and specialist nursing services. Moreover, there was a lack of community and long-term care investment, despite national commitments to redirect savings generated from acute sector restructuring.

To address workforce shortages, the Ontario provincial government had to play catch up and introduce immediate, targeted interventions to stop the continued displacement of knowledgeable and experienced nurses.

The Ministry of Health and long-term care in Ontario set up a special nursing taskforce to recommend short and medium-term solutions. The nursing taskforce called for immediate action to invest in permanent full-time nursing positions.

The RCN has repeatedly cautioned against a slash and burn approach to nursing workforce planning. Through its Frontline First campaign, the organisation has highlighted the importance of planning and funding the reprovision of services in the community before acute services are cut.

The campaign has also identified the risks to safe care and patient outcomes when the nursing workforce is diluted or spread too thinly. Ontario’s experience validates these concerns but also highlights that in the medium to long term this is likely to result in increased costs to a healthcare system.

The full RCN briefing can be found at www.rcn.org.uk/publications