We need a long-term plan for the nursing workforce

Nursing education isn’t just about getting nurses their registration, it means supporting them throughout their careers to learn new skills and take on broader or more specialist roles. By RCN President Anne-Marie Rafferty 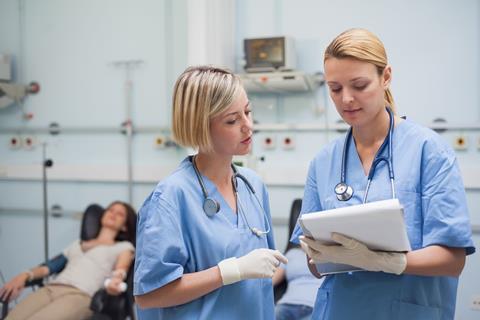 In the 70 year history of the NHS, never has an opportunity as fruitful as this been presented for a hard reset of the logic and mind-set in which the nursing education system is grounded.

The long-term plan points to the overhauling of the way the nursing workforce is planned for the first time since nursing education moved to being a degree based profession.

The big ideas sketched out in the long-term plan are exactly what the NHS needs to make itself fit for the modern world. However, the devil is in the detail, namely the lesser known workforce implementation plan, due later this spring.

One thing is sure; we need a long-term plan for the nursing workforce. We need a plan that futureproofs the profession from the slings and arrows of short-termism and the fragmented approaches to planning that have dogged it in the past. In essence, this means treating nursing as a long-term investment into career grades, as we do with doctors, rather than planning the Lego pieces to the point of registration then leaving the remaining 95 per cent of the workforce to fight over a crumbly Continuing Professional Development cake.

The fastest, and safest route remains through university. However, the cut to the student bursary has helped to dry up the new nurse pipeline. Analysis shows rather than boosting numbers of would-be nurses, the number of students has plummeted by 27 per cent in 2018. Especially hard hit have been mature students, who have often switched careers and bring a kit bag of life skills and talents highly valued by employers.

The broad consensus among health policymakers is that funding support for nursing students is required and several feasible alternatives have already been outlined by the Royal College of Nursing and Council of Deans of Health including means-tested maintenance grants and forgivable loans.

It’s clear that something must replace the bursary and vital that these are also grounded in evidence of actual and potential student hardship as well as the long term earning power of nurses and their capacity to generate the “graduate premium” that is often cited as a benefit of gaining a degree, enabling them to repay loans in a timely fashion.

It is worth asking whether similar numbers of students were dropping out of medical school, would this not be seen as a national crisis and immediate support put in place?

It might have seemed easier to propel online nursing degrees rather than confront these uncomfortable truths.

The value of giving current practitioners, who have not been able to get on a degree pathway, the opportunity to upgrade is welcome. But this needs to be part of a job plan in which there is a clear logic to move everyone up the skills escalator to enable better outcomes for patients. The workforce currently in employment is the workforce that will deliver the long-term plan and should be the focus of planners’ attention and investment efforts.

Nursing education isn’t just about getting nurses their registration. It means supporting them throughout their careers to learn new skills and progress. CPD budgets have allowed registered nurses to continue training and learn new skills but these, like student funding, have been forced to walk the plank.

Since 2010, CPD budgets have been cut from £205m in 2016 to just £83m a year, reflecting how intrinsically the fortunes of nurses are tied to the “boom-bust” fluctuations in the wider political-economy. Simon Stevens has shown he understands the importance of this by pledging to restore CPD budgets within five years.

Clearly, a pincer movement is needed to strengthen the capacity of the nursing workforce; working from the bottom up, and the top down through every stage of a nurse’s career and (here is the rub) a massive bolus of investment in leadership especially middle management and senior roles.

We have leeched leadership at the top and are trying to hang support for the workforce on a very shaky peg. We would never dream of doing this to doctors, whose numbers to consultants have increased by over 25 per cent in the past 10 years. We need to create career grades as the stable pipeline for the future and enable nurses to progress at pace and scale to the top.

The long-term plan is tantalising. The challenge, as ever, is to move that plan closer to being a reality. That requires a hard reset of the logic model and mind-set in which the nursing education system is grounded.