How to lead staff through unprecedented change

Change is a constant in the NHS, say Ann Griffiths and Jenny Plaister, so leaders must build workforces that are resilient, fully engaged and adaptive 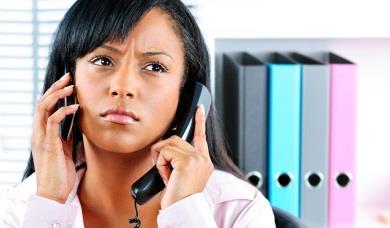 In an emergent working environment such as the NHS, where change is a constant, leaders and their workforce run the risk of suffering from change fatigue and stress. Such highly dynamic organisations require leadership skills that enable rather than control the future, and in so doing cultivate conditions where individuals can use their talents to excel and produce innovation.

A workforce that is ill equipped to deal with the disruption of constant change and the demands of complex systems will not be able to realise such a vision, as they become characterised by stress and poor productivity.

‘Engaged employees come up with most of the innovative ideas

It therefore comes as no surprise that in these increasingly dynamic times, the Department for Work and Pensions reports there are around 300,000 people a year falling out of work and entering the welfare system because of health-related issues. It says employers face an annual bill of around £9bn for sick pay and associated costs, with the state spending £13bn a year on health-related benefits.

Clearly neither the government nor employers can continue to bear these costs. The Fitness for Work report goes on to highlight that one of the key issues underpinning sick leave is stress-related illnesses. With such a cost, in both financial and human terms, it is incumbent on leaders to build workforces that are resilient, fully engaged, and adaptive, if they are to flourish and perform at their best.

Research by the Institute of Leadership and Management found that positivity was a key contributor to performance and combating stress. Martin Seligman, one of the original pioneers of positive psychology, believes a positive attitude contributes to a person’s wellbeing − resulting in emotional and mental health and resilience.

While modern life and work can be filled with constant change, disruption, uncertainty and stress, if a workforce is resilient, productivity and wellbeing will not suffer. Our findings support this. Positivity and resilience were reported as key benefits to individuals who were developing ways to promote wellbeing for high performance in the workplace, for example:

These findings would indicate that being more positive and building resilience not only enables people to deal with stress in a more productive way, but results in feelings of greater engagement at work. Research by Gallup suggests that assigning jobs for which individuals have the talent to excel, encouraging their development and seeking their opinions and ideas are also effective ways to engage a workforce. The report concludes that engaged employees come up with most of the innovative ideas, create most of a company’s new customers and have the most entrepreneurial energy.

A report by Clutterbuck would add that a workforce allowed to develop its own goals is one that can be reinvigorated with a renewed sense of purpose. Thus, in environments where change and evolution are imperatives, it is the workforce that actually facilitates the change – thus becoming more self-organising.

This kind of emergent thinking is very useful when a system becomes outmoded, or when, as in the new NHS, the environment has become highly complex and characterised by multiple systems. Contributing to this is the paradox of the diversity factor, where people are valued as unique individuals within the context of a systems model.

Here, making sense of complexity and understanding paradox is a specific leadership skill where values are the ‘brokerage unit’ that link the inner and outer aspects of self and environment or system(s). A values orientation is also a good place to start when working with a diverse workforce.

Additionally, when people’s values are addressed in the workplace and not compromised by it, which in itself can lead to personal stress, they are more engaged in their work as they find greater meaning and purpose.

Critically, spiritual intelligence has been linked to leading a diverse workforce as it can be used as a diversity-sensitive framework for addressing values in the workplace. This is an important factor for leaders generally, and particularly leaders in the NHS, which has a richly diverse workforce, especially when the Chartered Management Institute’s Management Futures report is considered. The report says:

These so-called ‘softer’ approaches, when applied with cultural intelligence, encourage people to express their values and goals in culturally appropriate ways, which may have previously been suppressed. In this way, the individual, their culture and the system in which they operate may become aligned, and performance accelerates.

The table below summarises the roles and characteristics required of leaders in highly complex organisations, along with strategies to develop a workforce able to follow them.

Ann Griffiths specialises in spiritual intelligence and helping leaders be fit for the future; Jenny Plaister-Ten specialises in the development of diverse individuals and multi-cultural teams within a systems framework