As a study of earnings by ethnicity shows significant gaps in pay for BAME NHS staff, Tracie Jolliff explores how leadership can affect change. 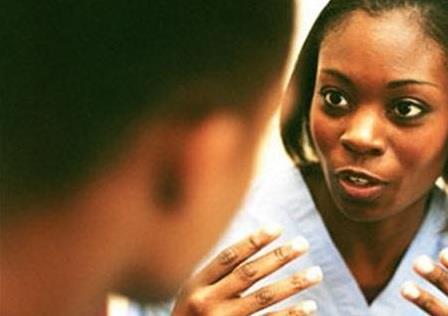 Last week saw the release of a report that showed yet again how deeply racially unjust practices are embedded within the NHS. The report revealed that black medics and nurses are being paid thousands of pounds less than their white counterparts. With racial disparities evident at every level of the system and persisting year on year, how collectively do we bring about change?

Leading inclusively requires a willingness to take an unvarnished look at racial injustice, acknowledging that not only is it an undeniable component of our history and society; it has become an everyday norm into which we have all been conditioned. Many scholars agree that we reproduce these inequalities by default.

In the absence of purposeful and conscious work to create inclusion, these forms of inequality will continue to be reproduced. In contrast, anti-racist practice arises from conscious and purposeful acts rather than being something that emerges by coincidence.

The architecture and mechanisms that perpetuate racial inequality are deeply embedded in the ways that we think and operate. For many who are unaffected by the negative impacts of racism, this architecture is largely invisible.

In the face of these systemic, racially persistent moral wrongs, it’s an act of personal courage to admit that at times unwittingly, and at times perhaps out of self interest, we have contributed to the maintenance of systems that harm and subjugate others.

Courage is required to take that unvarnished look at injustice, and to critically and honestly scrutinise ourselves, noticing the distance between where we are, and where we would like to be on race equality

The above realities are at times unpalatable, but a quote by James Baldwin holds a key to healing when he states that “Not everything that is faced can be changed, but nothing can be changed until it is faced.” So, what does this mean for leadership, in creating the conditions where racial equality, instead of racial injustice, can become the norm?

Our chairman, Peter Homa, recently stated that in times of uncertainty, we need to “be the bankers of hope”. These words convey an important truth where race equality is concerned.

Those who have consistently been on the receiving end of broken promises about racial transformation and let down by well intentioned but unproductive initiatives need to see a form of leadership emerging that brings this hope; evidenced by leaders who embody, and model racial equality as opposed to merely learning the script.

Leading inclusively is not a performance. Leaders who “perform” on inclusion are fooling no one, especially black, Asian and minority ethnic staff who spend much of their time creating strategies to avoid the systemic obstacles of discrimination, segregation, marginalisation and exclusion.

It is important that our leadership practice includes experiments that aid the growth of courage. Courage is required to take that unvarnished look at injustice, and to critically and honestly scrutinise ourselves, noticing the distance between where we are, and where we would like to be on race equality.

I listened to a recent podcast of a conversation between Oprah Winfrey and Maya Angelou, two women activists who have re-crafted what authenticity, humanity and inclusive leadership looks like. About courage, Maya said “it is the most important of all the virtues, because without courage, we cannot practice any other virtue consistently”. The exercise of courage is a demonstration of banking hope.

Racial equality is not simply about replacing white bums on seats with BAME ones at the most senior levels. It is the work of transforming mindsets, attitudes and behaviours in ways that result in racial justice, and therefore changing the lived experiences of BAME staff.

The evidence of advancing racial equality should be less bullying, harassment and discrimination reported in staff surveys; an amplification of BAME voices; an increasing recognition and valuing of the vast and diverse contributions of BAME people; a myriad of opportunities opening where BAME staff are welcomed in, and of course, fair pay.

Leadership development that builds capacity and capability for anti-racist practice must include answers to questions such as:

So, what journey must we collectively take towards the goal of racial equality?

First, let’s think about the context in which to ground our ambitions. From a vantage point of societal, historical and global racial inequality, it becomes clear that racism is a complex problem that requires deep work at many levels to address it.

Having a deeper appreciation of what the nature of the racial problem is, will help us to create strategies for change that are effective and sustainable. Such strategies can only be effective if they are informed by the lived experiences of those who encounter racism and know how harmful and intensely painful it can be.

Our conversations about race need to mature and move into spaces where we can accept far more sophisticated analysis and insights that lead to improvements. Let’s accept the fact that it’s possible for someone to call out your leadership practice, and not your principles on race equality.

Anti-racist practice cannot be grown if you are unwilling to hear and accept feedback from others, especially BAME people. Buying into the narrative of “racism is perpetrated by bad people, I am a good person and therefore not racist” is both naïve and unhelpful and stifles useful debate about creating race equality.

It will take the efforts of all of us to turn the dial on race. This work is primarily not about what colour skin we have, it’s about what mindsets we choose to embrace.

We can permanently dismantle the architecture that maintains these racialised outcomes if we want to. We can determine as leaders to do this with the humility to learn from BAME staff in ways that open new possibilities for change, and that have not been tried before. This is not an easy road, but it is a healing one, and as human beings, we will all thrive together as a result.