NHS managers should develop a stronger voice for good management

Speeding up improvements would mean understanding more about good management in the NHS and challenging poor management – less through regulation and more through stronger peer networks, writes Jennifer Dixon 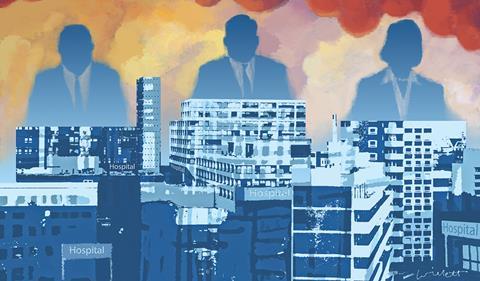 As the NHS turns 70, eager anticipation is gathering around Theresa May’s pledge of a 10 year funding settlement.

It is a critical moment for all concerned in the health community with key figures suggesting new options for where investment could focus. But what is clear is that the Treasury will need to be convinced that any investment will result in a visible improvement in services.

With the economy and productivity limp, the causes are likely to be structural rather than temporary, and a decade of flatlining wage growth, the prospect of investment to match that of the Labour government in 2000 is remote.

Arguments for extra cash will need to pass a higher bar than usual.

That means harder evidence to link investment with tangible outcomes. Who would argue with that? Except, for some forms of investment, this is not straightforward.

Spending on some key services can be shown to have results: care for cancer, heart disease, diabetes, even primary care, for example.

But investments in the more basic and generic “infrastructure” that makes the NHS tick, like boosting management skill, new facilities, looking after staff, skilling clinicians up in quality improvement, digital infrastructure and data analysis, are less easy to track into specific outcomes.

Yet, as any industry knows, these are the right things to do and on which future success is built – they are largely a given.

As I discussed in the NHS Confederation’s inaugural annual lecture in Parliament recently, there is some evidence on the effectiveness of boosting management.

Two academics, Nick Bloom and John van Reenen, over the last decade have examined thousands of industries and found that management is the single most important factor that influences productivity and value – above technology. If good management were a technology, everyone would be investing in it.

In the NHS, management as an asset is underexplored, undervalued and does not get enough air time in policy debates. Without it, investments in new innovations will lack impact and fail to spread, and attempts to standardise practice will be too anaemic to close the gap on the variations we increasingly know exist.

If good management were a technology, everyone would be investing in it

Recent Health Foundation analysis demonstrates that to spread innovation, the focus must be less on the intervention, and more on the context.

But there is still no strong view as to how the NHS – arguably the UK’s largest and most high profile “industry” – should best be managed.

The government can hardly be expected to know the answer – politicians and civil servants haven’t generally managed anything as complex as the NHS. That’s why, in moments of frustration, they’ve turned to senior business figures to advise them, from Roy Griffiths of Sainsbury’s in the 1980s to, more recently, Sir Stuart Rose from Marks and Spencer.

Perhaps the reason for the lack of a clear view is that, for the last 30 odd years, we’ve have considered the NHS more as a collection of semi-autonomous units (hospitals) and private small businesses (GP practices); than as a single public service or “industry”.

Or it could be that managers are just working too flat out to develop a collective view and voice it convincingly.

As we go into a possible next round of investment and reform, could they develop into a stronger force and develop a convincing case? What would it take to build a stronger consensus as to what works in management to speed up improvements, in particular productivity?

This would mean working up a practical strategy for boosting quality improvement at the front line, building the networks and data analysis to support it, and demonstrating the leadership style to match.

It would mean developing more evidence to push back at government when needed, using examples from high performing organisations.

It would mean understanding more about good management and challenging poor management – less through regulation and more through stronger peer networks. Investment will surely help, but that may be the lesser part of the story.