Despite their valuable contribution, the work of scientists in the NHS goes largely unrecognised by patients. However, with the introduction of increasingly technological healthcare, it will be essential to expand and develop the scientific workforce, write Malcolm Sperrin and colleagues 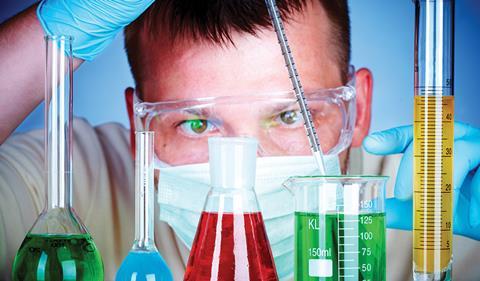 The provision of healthcare is undergoing rapid evolution due to the well rehearsed discussions on financial pressures, rising numbers of chronic diseases and growing expectations of the population, but also as a result of the increasing use of technology.

The use of such technology and the innovation underpinning it are stated tenets of the NHS.

We cannot hope to develop, evaluate and implement these new technologies without also developing the scientific workforce responsible for their creation, their development and, ultimately, for their safe implementation.

But ask patients in any hospital ward or waiting room to name the various types of workers involved in their treatment, and most will get as far as doctors, nurses, porters and cleaners. How many will say scientists? And yet scientists underpin more than 85 per cent of all patient pathways.

This diverse and highly skilled sector of the NHS workforce is 50,000 strong, of which approximately 600 currently work at NHS consultant level, equivalent to medical consultant level.

It has been recognised by the Department of Health that in order to support the introduction of increasingly technological healthcare, it will be essential to expand and develop the scientific workforce to lead on many of the technological advances, and deliver them to an increasingly community based, and potentially more knowledgeable patient population.

‘Scientists underpin more than 85 per cent of all patient pathways’

The scientific workforce within the NHS embraces virtually all the sciences, within the three sectors of life, physical and physiological sciences, and is currently undergoing a radical modernisation programme to harmonise and provide accredited, quality assured training pathways for scientists.

It will come as a surprise to many that the number in the scientific disciplines is so large – 5-7 per cent of the workforce – but close examination of any patient pathway shows that in all clinical specialities, the sciences play a vital underpinning role, whether it be in the developing areas of genetics and genomics, personalised medicine, big data projects, the advanced forms of conformal radiotherapy, the management of medical devices, or one of the many other highly specialised and technology dependent disciplines.

These arrangements are akin to existing arrangements in life sciences at the Royal College of Pathologists, where consultant clinical scientists have already achieved the fellowship examination at the college, called FRCPath.

‘Much of what is being done is unrecognised, undervalued, marginalised or mistakenly attributed to other groups’

At the other end of the scale, much work remains to be done to establish formal training at associate and assistant level. The new National School of Healthcare Science oversees the delivery of the modernised training pathways, while standards will continue to be set by the Academy for Healthcare Science, working closely with the Academy of Medical Royal Colleges.

Virtually all trusts now have named lead scientists to represent overall scientific endeavour. Networks of scientists have been established around the UK, strongly backed by education commissioners. These networks are proving invaluable in identifying gaps in knowledge about the education and training of scientists at trusts, and in supporting the modernisation agenda.

Unfortunately, it remains the case that much of what is being done is unrecognised, undervalued, marginalised or mistakenly attributed to other professional groups.

There is a clear need to establish robust, scientifically led management structures within and across trusts if the maximum patient benefit from this highly skilled workforce is to be derived.

It is important that we all seek to understand the potential locked in the scientific workforce, and bring this to the fore, to enhance and expedite the clinical care pathways and research effort across medical science. Scientists are systems people, implementers of change and, above all, innovators without whom the NHS simply cannot drive forward technological development.

It is hoped that one of the many benefits of introducing modernised careers will be to create a collective identity that will raise the profile of this group with clinical colleagues and managers alike, and foster a better understanding, and hence more productive deployment of their skills.

Due to the length of training pathways, individuals specialise in a single area of science. To create such a specialist at the registration level takes three years of post-graduate study, and to create an expert in the field a further five years minimum – similar to medicine.

Hence scientists cannot function to their full potential without the benefit of being embedded within a team with complementary competencies, whether these be in science, technology, management or research.

Such scientific departments are likely to have acquired significant capital equipment and it is important to ensure that this is used in the most efficient way possible. A good scientific team may comprise a dozen individuals with a variety of scientific skills and it would be impracticable to attempt to imbue every scientist with every skill set, in order to create a scientist who can work independently of the rest of the scientific team.

‘In order to recruit the best scientists to lead us into the future, the NHS must develop its scientific research capacity with academic partners’

Appropriate organisation and leadership of the scientific services is not just desirable, but rather it is essential, if clinical governance and cost effectiveness are to be assured. Complex treatments require a multidisciplinary approach where the absence of a speciality would degrade the provision of an essential service.

In order to recruit the best scientists to lead us into the future, the NHS must develop its scientific research capacity in conjunction with academic partners. But what else are good scientists looking for in an employer?

Obvious answers are career structure, training pathways and a strong scientific team above and below. Less obviously, scientists will look for professional leadership, and the potential for change and service development.

Typically, an individual will conduct their own informal assessment by noting who is presenting at national meetings, who is publishing in the scientific literature, whether staff in a given department are professionally active on a national scale, and whether they have a strong reputation and a motivated workforce.

Good scientific services are most readily achieved by establishing scientific departments under scientific leadership. Traditional structures for physical sciences have always tended to follow this model, with large departments led by consultant scientists already a feature of most large teaching hospitals.

However, many, if not most, of the life science departments and physiological sciences are still functioning within outdated management models –under medical or nursing leadership at best or non-professional management at worst – raising the possibility of inappropriate governance arrangements.

It is widely accepted that there is a need for services to be led by a consultant with the relevant expertise in order to ensure good clinical governance.

We must now begin to ask what type of consultant is most appropriate for each service, and embrace the potential to reduce the NHS pay bill with the appointment of alternative, but equally well qualified and in some cases better qualified, specialists.

The modernisation agenda for scientists includes provision for the development of new medico-scientific roles, putting scientists at the helm for all scientific services. Training pathways are now coming into place to create the scientific consultants of the future, though a significant culture change will be needed for this new model to succeed in all areas.

Medical colleagues will need to relinquish some of their traditional roles in running scientific laboratories, while scientists must be prepared to step up to the plate, embrace the new leadership roles and demonstrate a corresponding commitment.