Seeing eye to eye: managers and clinicians can work together

To encourage cooperation between doctors and managers early in their careers, one training initiative is having great impact on participants, says Lindsay Hadley 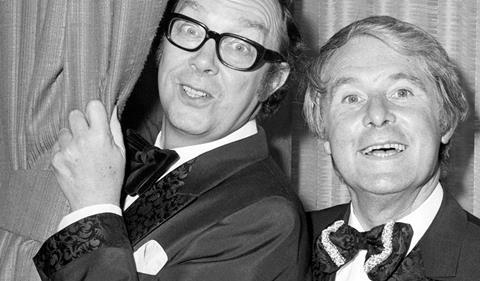 A graduate management trainee once said: “I think it helps to take away the prejudice that managers and doctors don’t like each other. We were all OK with each other’s company, so what is it that goes awfully wrong at some point when you’re more advanced in your careers that you don’t see eye to eye?”

Increasingly, doctors and managers need to work together in multidisciplinary teams in a climate of shared leadership.

However, this can result in suspicion and a lack of trust, with team members failing to appreciate the conflicting pressures their colleagues are under.

Pairing doctors and managers to undertake projects together may be the way forward and could be integrated into other leadership training initiatives.

To encourage cooperation between doctors and managers from an early stage in their careers, Health Education Kent Surrey and Sussex’s school of leadership launched their “pairing scheme”.

In this initiative – now entering its third year – first year NHS management trainees and second year foundation doctors work on a joint project over a period of 6-9 months.

The pairs are asked to choose a project for “patient care and safety improvement”. This broad remit allows them to choose one that best suits their skills and interests, and is also achievable with limited resources in a relatively short time.

Over the course of the projects, each trainee is expected to put in 1-2 hours work each week and meet regularly with their partner.

Each pair has a mentor – usually the local trust leadership tutor – who provides support and advice, which is particularly valuable when resistance is encountered.

There are also four facilitated meetings where the pairs can share their experiences with others and receive practical help and much needed moral support.

At the end of the project the pairs are invited to present their results at the annual King’s Fund Management and Leadership Summit.

Each year since September 2011 around 15 second year foundation doctors and 10 first year management trainees have been actively involved in the scheme.

The projects chosen are very diverse, as demonstrated by the following three examples:

The 2011 and 2012 participants were surveyed for their feedback and it was interesting to note that while not all projects reached a successful conclusion, there was general agreement that running a shared project was more beneficial than simply spending time shadowing someone in another part of the organisation.

All participants were extremely busy and finding time to devote to the project was in itself a good exercise in managing their time.

It is interesting that similar themes emerge from almost all the projects. Being at an early stage in their NHS careers, with so much to do and so much to learn, participants reflected that without this impetus they would have found it very challenging to initiate service improvement projects, believing it was not their place to suggest changes to more experienced staff.

However these projects showed what could be done, and many participants found the experience to be empowering.

In the normal course of their training doctors and managers move in different circles with little appreciation of each other’s workload or challenges.

Just spending time together proved to be a real eye opener on both sides.

One graduate management trainee says: “Once the project began, the doctor I was paired with provided bursts of work throughout.

“This was mainly due to the shift work and examination pressures, something as a manager I found easy to forget.”

In many cases the relationship between the pairs extended beyond the task in hand and developed into more of a mutual support network. In a small way, it started to break down some of the prejudices often encountered between doctors and managers.

The pairs learnt to make use of their partner’s strengths, in particular using their respective network of contacts to navigate their way to the key decision makers.

One graduate trainee says they were able to get a better understanding of what different clinical and medical groups thought about a particular issue. “I wouldn’t have been able to necessarily reach those groups as easily without the involvement of a clinician,” they said.

The pairs discovered that in a complex matrix managed organisation such as the NHS, very few decisions can be made in isolation.

The need to communicate and seek buy-in to their ideas meant the theory of how the NHS was organised rapidly became real.

The participants learned a lot about basic project management skills, in particular setting a realistic scope, the importance of communication, dealing with resistance, maintaining momentum, time management, and how difficult it can be to make change, no matter how good the original idea.

Most importantly, many had the satisfaction of seeing a project through to successful implementation, and hence achieved real results.

Building on this success, the scheme was extended to higher specialty trainees and operational managers; in 2012-13 there were 10 pairs working on projects across Kent, Surrey and Sussex.

As might be expected the senior pairs worked on projects with broader scope and complexity, as in the following successful example, where both participants felt they had benefited from the mutual support and expertise shared.

The project resulted in a new clinical assessment bay being set up in accident and emergency to ensure patients were seen by a senior doctor more quickly; the admissions process was streamlined with the input of all stakeholders, with particular focus on those patients arriving from prebooked GP referrals.

The results were impressive:

As part of the NHS Leadership Academy, Mary Seacole programme participants have to take on a service improvement project.

Because of the positive experience from the pairing schemes, Health Education Kent, Surrey and Sussex is planning to pair up participants with partners from different disciplines to work collaboratively on further projects once the course comes to an end.

The pairing initiative gives participants an opportunity to put leadership theory into practice in a supportive environment, often for the first time.

‘It gives participants an opportunity to put leadership theory into practice in a supportive environment, often for the first time’

Junior doctors and trainee managers go up a steep learning curve together and learn a little bit more about each other’s challenges.

As their careers progress, hopefully they retain the positive approach to working in multidisciplinary teams.

We have also demonstrated the success of the pairing approach with more senior professionals, leading to successful collaborative working with positive outcomes for patients.

As more professionals get the opportunity to work together in pairing schemes like this, it will hopefully start to take away the prejudice that managers and doctors do not like each other.

Lindsay Hadley is head of the School of Clinical Leadership at Health Education Kent, Surrey and Sussex