Leaders need to become allies, harbouring high aspirations for inclusion of the marginalised as liberation of such lost voices is significant, writes Tracie Jolliff 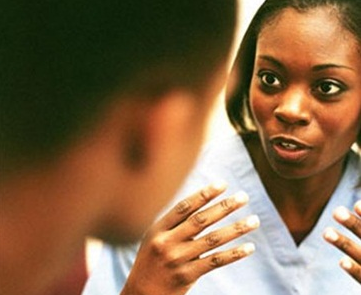 We do not often have organisational conversations about our bodies, however, the bodies we inhabit and interact with the world through, are the very things that determine our experiences of liberation or oppression.

A voice for the voiceless

#BlackLivesMatter #MeToo and #TimesUp are global movements that were all started by women. The point of these movements is first to give voice to those that have for so long been marginalised; avoiding the tendency of dominant and more powerful voices to reinterpret what is being said, in ways that do not serve the interests of women, black, Asian, minority and ethnic people, LGBT+ people or people with disabilities (historically when this reinterpretation happens, the messages of those original voices get lost).

Second, groups for whom experiences of freedom and inclusion are most important want to tell their own stories, so that the strategies that are subsequently put forward to address the issues raised actually get to the heart of the matter.

Third, liberation from homophobia, ableism, racism, sexism, and other forms of discrimination are struggles that have been going on for hundreds of years. These societal problems will not go away overnight, and our bodies (how they are viewed by society, the meanings we give to different bodies, how they are politicised etc.) in effect take centre stage in discussions about identity and inclusion.

For leadership, this reality poses a number of difficult challenges, as the experiential lens through which most of us have encountered leadership is top down, hierarchical, usually male, white, straight and undeniably not disabled.

To the reader at this point, I ask you to please hear what I am saying. I am not stating that being white, male, straight and not disabled in and of itself is problematic. However, if the bodies of those described above have been and are disproportionately overrepresented in positions of power, influence and decision making, the interests of those who have different bodies are more often than not, not being well served.

For leadership, this reality poses a number of challenges, as the experiential lens through which most of us have encountered leadership is top down, hierarchical, usually male, white, straight and not disabled

Not acknowledging this truth is problematic.

As James Baldwin stated, “Not everything that is faced can be changed, but nothing can be changed until it is faced”. There are some conversations, therefore, that now need to be introduced into the mainstream of discussions about leadership, namely how we locate and secure diverse talent for future leadership, and how we create system wide cultures that are more inclusive.

Identity and inclusion on an impulse

Two notions of power and privilege (complex concepts, which we all yield in some form) need to be understood in the context of the histories that have produced our present day realities. Some of these histories are painful and difficult ones, but we do need to hear and understand them.

There are no neutral or impartial observers in this space; all are contributors to the current organisational and societal realities on inclusion

The reason for this is that our work towards inclusion is not merely about the transactional replacement of some bodies by other bodies at the very top. It involves the process of bringing to the table conversations about the economic, social, psychological and political ways in which we have collectively ensured that some groups have had so much less, and others have had more.

It is the creation of a common understanding about what the problems are that we are actually trying to fix, and growing a deeper appreciation of the ways in which we can all employ our identities and our bodies to create positive change. There are no neutral or impartial observers in this space; all are contributors, whether we know it or not, to the current organisational and societal realities on inclusion.

I am going to push a little deeper now.

In her podcast, Nawal El Saadawi talks about girls becoming feminists before ever hearing the word feminism. They detect at a very early age that girls do not get an equal say or equal treatment. When they resist or speak up about this, it becomes a feminist act.

It is important for white men to support our efforts to bring about change; their voices are in rooms that many of us are not in, or cannot yet get into. We have some examples of white men in the NHS who are challenging the status quo, and supporting greater inclusion for women, LGBT+, disabled people and BAME staff.

Thank you if you are one of these allies, your efforts are appreciated. But white men, we do not have enough of you who are truly with us in this.

This is far from an exhaustive list, but some of the qualities that I consider makes a good ally are people who:

An ally-ship for the marginalised

It is important also that white men use their power in ways that are experienced as being supportive of those who have been at the margins. A specific example of this is that as a black woman, I don’t need a white man to speak for me – I can do that for myself.

I and others like me need your ally-ship, to help to unlock the doors that are currently closed to us, and bring about a situation where we can walk through and let our voices be heard. I appreciate that this is a fine line to walk.

There’s the ever present temptation of appropriating or using the work of others that has been hard fought for, by those who have made the sacrifices, lived through the pain, received the knocks and pioneered change, in ways that again marginalise the marginalised, at those critical points where there is some recognition to be had.

I am reminded here of the many slave rebellions across the colonies of the world, that cost hundreds and thousands of slave lives and made slavery economically and socially untenable, vs the story of William Wilberforce abolishing slavery.

History tells us that we do not learn the lessons from history. We need to change this, and can only do this if we work together with current leaders who are willing to hear and accept the stories of lived experience, no matter how hard.

The NHS Leadership Academy harbours high aspirations for inclusion as it seeks to equip leadership at all levels, to quicken the pace of change towards inclusion across the wider NHS system and beyond.

This work, known as Building Leadership For Inclusion, is led by lived experience. Our mission is to transform the ways that leadership and leadership development work are understood and enacted. The result we seek is for the leadership qualities that contribute towards inclusion to become the standards that are valued and sought after, and the plumb line against which “good leadership” is measured.

This vision can only come about through the conscious and purposeful work of leadership at all levels.