Supplement: Make the most of non-executives and the independent sector

Those from outside who take up non-executive leadership positions in the NHS are finding better support. Claire Read follows some of them on their learning journeys 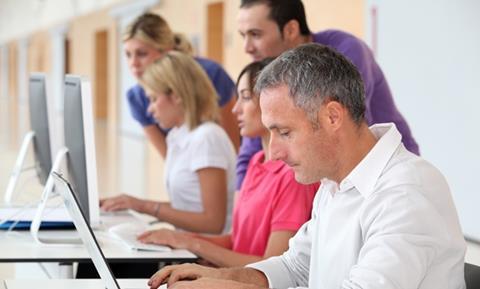 When Karamjit Singh was appointed chair of University Hospitals of Leicester Trust six months ago, he was well aware of the scale of the role he was taking on. The trust is one of the 10 biggest in the country by budget, employs more than 10,000 staff, and has been facing a £40m deficit.

When two new non-executive directors (NEDs) were subsequently appointed, he knew they were facing a similar challenge.

‘They run courses which looked at financial, governance and strategic issues facing the NHS’

“So both of them had to go on a very steep learning curve – as indeed I have. My last chair role in the NHS finished over four years ago, so I was coming back to the NHS after some four years, and a lot has changed.”

All have been greatly helped, he says, by the support offered by the Healthcare Financial Management Association’s Chair, Non-Executive Director and Lay Member (CNL) Faculty. “In induction terms, I arranged to go on the appropriate courses the month before I arrived,” Mr Singh explains.

“They actually run a series of courses for incoming chairs which looked at, for example, the financial issues, the governance issues, the strategic issues facing the NHS at this time. They also provided the opportunity to network.”

That those opportunities were cross-provider and commissioner has had a significant impact on Mr Singh’s approach to his new role. “I think the thing I’ve come to appreciate very quickly is that there are few issues you can resolve on your own – you’ve actually got to work very closely with your commissioners and with other people,” he said.

Clear too was the importance of thinking about how NEDs can support the journey to foundation trust status.

“We’re on a journey to hopefully look for FT status, although that’s clearly going to be some time away. We’ve clearly got to get the deficit resolved. But my view is we should be appointing people who would be seen by Monitor as people who could be non-executives on an FT board.

“This is where HFMA has helped us, because it’s made me think about the calibre of the people we appoint, and their ability to deal with a complex and a fast moving agenda. We’ve had to think about the quality of our governance processes, and how do we keep everyone on the same page, and how do we network with our partners.”

It is a journey familiar to Heather Strawbridge, the chair of the CNL Faculty. In 2004, she became chair of West Country Ambulance Service Trust and has since experienced a merger, the gaining of foundation status, and the acquisition of another organisation.

As chair of South Western Ambulance Service FT, she leads an organisation which now covers a fifth of England. “My job has changed over time,” she explains.

“There has been a change in the geography of the trust and the growth over a wider area, and obviously the governance and financial issues facing
an FT.

“But also there’s the change in the work of ambulance services, where we increasingly provide care for people in their own homes now – keeping people out of hospital and delivering care closer to home.”

She says the CNL Faculty can greatly support chairs, NEDs and lay members as their organisation changes. But she also values the chance to share news of developments with those from other organisations.

“I’m able to share information about the development of the care we offer with colleagues from other parts of the health service. I really want to see organisations working in partnership, with a focus on the care delivered to the patient,” she explains.

“It’s about us understanding the challenges each other are facing, and the strengths we all have.”

Pat Taylor’s connection to the HFMA began when her career in the NHS did. “I was an active player in something called the Health Service Accountants Group – I used to be the student rep in the north of England – and so that was when my association with what was to become HFMA began,” she says.

In March 2013, when she ended a 20 year period in finance director roles and took up a lay member role at Sunderland Clinical Commissioning Group, she assumed that the long relationship would be over.

“And so it was really good for me to find out that they actually had this Chair, Non-Executive Director and Lay Member Faculty, and I was keen to get our organisation signed up. We became a member organisation quite quickly.

“From a technical point of view, as an accountant, I always found the HFMA brilliant,” she explains. “The support that they gave me as a finance director was excellent; the quality of their conferences was always good.”

‘A good range of speakers allows a good quality of discussion’

She says she has found the same with the CNL Faculty. “Because of the HFMA’s standing, they are able to get really top notch speakers from a very wide range of organisations - from the big players like Monitor, the NHS Trust Development Authority, NHS England through to the Department of Health and people like [former Olympian and world record holder in javelin] Steve Backley, who spoke at the CNL Faculty chairs’ meeting and was amazing.

“For me, the efforts that they go to to put a really good range of speakers on allows a really good quality of discussion from everybody that’s there.”

Ms Taylor argues the quality of that discussion is also enhanced by the faculty’s intentionally inclusive approach: meetings bring together commissioners with all types of providers.

“The meetings have a really good mix of CCG and trust individuals, and a mix of types of [provider] organisations – obviously faculty chair Heather Strawbridge is from an ambulance service trust, and we get good representation from mental health and acute as well as from the CCGs.

“In that way, you’re always brought back to reality. There’s a number of times in the meetings I think: ‘Ah, I haven’t thought of it like that.’

And it’s normally somebody making a contribution from a different organisation to mine, where I’m thinking: ‘Oh, hang on a minute, that’s where they’re coming from; that’s why they’re getting upset about such and such.’ I think that really helps sometimes in the discussion.

“But I also think, from the provider perspective, they were able to have a conversation with us and have the opportunity to ask the daft questions: ‘What is it you do, what are the doctors really like, how are you managing this, this and this?’ That’s really helpful. It’s that ability to be able to have those conversations in that
safe environment.”

In moving from an executive to a NED post, Ms Taylor says it has been helpful to have an opportunity to learn about the ground rules for those sort of conversations between NEDs.

‘Some good alliances are starting to build up’

“I think at the first CNL meeting that I went to, I didn’t say very much – which those who know me will say is rare,” she admits with a laugh. “It was just a good opportunity to listen and to understand how others behaved in those environments; what the kind of NED code of conduct, if you like, was in these meetings.

“Because I was used to being in the finance director forum where everybody’s known each other forever, and it’s all very comfortable and familiar.”

As people at the CNL meetings have become more familiar with each other, she says: “Some good alliances are starting to build up.” That includes at the local level.

“We’ve now got quite an active audit chair network here in the North East that again is across all organisations. And that’s not to do with the HFMA, but it’s just a few of us who have seen the benefit of coming together.”

After all, she points out, NHS leadership is not an easy task. “The NHS is a multibillion pound organisation that has some really horrible issues to deal with. So the more opportunities that you get to actually explore what some of those issues are, the better the chance of sorting them out.”

Supplement: Make the most of non-executives and the independent sector