Mergers in the NHS have had a bad press. Alison Moore looks at how better planning, leadership – and the acceptance that reaping the benefits may take years – can help them succeed 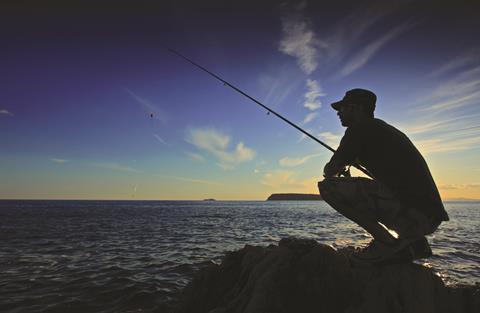 It is easy to get the impression that every NHS merger and acquisition is doomed. The dissolution of South London Healthcare Trust, the massive deficit at the merged Barts Health Trust and the regulatory issues that sunk the proposed union of Royal Bournemouth and Christchurch Hospitals, and Poole Hospital foundation trusts would all seem to say that mergers do not work.

Yet behind the headlines there are examples of successful mergers and transformational changes which other NHS organisations can learn from. Are there common factors which can make such reconfigurations work and deliver real benefits to local people?

The overwhelming answer seems to be planning: organisations that plan for their merger – including identifying possible problem areas and work to present a good clinical case for changes are likely to have a better chance of success.

“The number one reason why they don’t succeed is the culture clash,” says Matthew Custance, a corporate finance partner for KPMG who specialises in healthcare. “If you refuse to abandon your culture and neither side moves, you end up with something that is not a merger at all and never will be.”

One innovative approach to planning is creating a “cultural inventory”, pioneered by his colleague Roberta Carter.

This assesses where both organisations are on a range of factors – for example, are they authoritarian or laissez faire? This can reveal the gap between the organisations and make it possible to develop strategies that recognise this and bring them closer together.

“It is never something that just changes because you have a new management team in.”

What is written down by a trust – its vision and how it expects people to behave – may be aspirational rather than reality, and different behaviours may be rewarded and valued.

But making the case for a merger can be tough. Mergers may trim some costs but the greatest savings are likely to come from clinical changes - the support of clinicians for this is vital.

It stressed the importance of the workforce as a factor in any transformative change, of which mergers might be seen as one end of the spectrum. Felicity Dormon, senior policy fellow for the foundation, points out: “Clinical leaders are not necessarily motivated by financial reasons. What they need to do is see the clinical case for change.”

But there is also a need for leaders with the right skills to drive change.

“The skills that have been valued are around command and control rather than around collective leadership,” points out Clare Allcock, another senior policy fellow. One theme that emerged from research for the paper was the importance of staff being engaged and valued in any change process.

Trusts also need to invest in the process of integration, says Mr Custance.

The process of merger, with all its regulatory hurdles, demand for business cases and so on is time consuming and exhausting. “You get to the point where the merger is approved and management, which is trying to get this transaction through, want to take a deep breath and relax. But they can’t - this is when they have to find the energy to do all the things they promise.”

There can be transition issues which will require concentrated input from top level managers – for example, when services are being transferred from one site to another.

So are there examples of mergers that have worked well? Mr Custance mentions University College London Hospitals FT and Guy’s and St Thomas’ FT, both of which are the product of a merger. “Both of these had very strong, high profile, visionary leaders who brought everyone along in their wake,” he says.

It’s really important that we don’t let cynicism about change blind us to the depth of the problem that can be solved through mergers. Talk of costs make for good headlines, but the costs are not all they seem.

The idea that mergers between NHS trusts are an extravagance is a myth; they’re no more costly than a large, well managed performance improvement or cultural change project, which is what a merger often is.

Whenever we think of healthcare mergers there’s an association with headline costs in the hundreds of millions of pounds. This generates outrage, unsurprisingly. It’s reasonable to ask why mergers should cost so much but the headline figures can be extremely misleading.

The transaction cost is comparatively low. The real cost is in solving the historic problems that led to the need for the merger in the first place. Fixing deteriorating estates, reorganising staffing to clinically safe levels, planning out the merger, or implementing improvement plans are all expensive.

Even expenses that look like “wasted transaction costs” are often aimed at giving the organisation clear and reliable management information that enables it to plan asustainable future.

There’s much more scrutiny in the public sector around failure than there is for middling performance. This means mergers in the NHS almost always come about as the result of failure, often financial, leading to one trust acquiring another.

You can’t put a high performing and a failing trust together and expect it to work. That would financially undermine both and standards would likely drop. So acquirers need financial assistance to take on failing trusts and invest in solving problems; hence the “inflated” cost.

The due diligence process involves going through both trusts’ liabilities, on and off the books. This often demonstrates that problems go much further and deeper than anticipated. In the case of Mid Staffordshire, tens of millions of pounds were required to bring the site up to the minimum regulatory standard after decades of underinvestment. In London, 25 per cent of the hospital estate predates the establishment of the NHS.

In other mergers, financial assistance is required not just for estates but also to update technology or to raise staffing levels to comply with clinical guidance.

Going forward without addressing these liabilities is a false economy, as it leads to further financial pressure and merely spreads problems more widely.

Mergers where one site loses out, often in terms of services, seem to be a particular challenge. There is a need to show the benefits of the merger for the population and to ensure that these are delivered. Resentments can build, which can impact on the success of the merger.

Sometimes it can help if leaders show they appreciate what has been achieved in the hospital which is being taken over. For example, when Royal Free London FT took over Barnet and Chase Farm Hospitals Trust, the Royal Free chief executive was at pains to show appreciation for those hospitals. “You would be very naive not to want to learn from the services that you are taking over,” says Mr Custance.

But why merge at all when there are so many different options available?

Mr Custance – joint author of a KPMG paper Hospital Collaboration in the NHS, which looks at different ways in which hospitals have worked together - suggests one reason is that mergers offer a solution for the whole business rather than just a part of it as, for instance, a joint venture could.

Some may see merger as the only way forward. It is hard to see some small district general hospitals surviving in their present form, for example. Their chief executives are aware they are running out of opportunities for cost improvement programmes because all the easy wins have been delivered.

Many managers may see sharing some support services and perhaps sharing rotas as the way ahead, but the benefits from these can be fragile if there is no legal framework. “If you are not locked in you really won’t make decisions and won’t be incentivised to do so,” Mr Custance says.

Some savings can be quickly delivered through merging departments and boards. But many will take a lot longer to realise.

While it can be tempting to save money by cutting roles that exist in both organisations, there can be pitfalls in terms of the loss of organisational memory. Mr Custance points out NHS Property Services inherited a lot of middle ranking staff but few at the top or bottom – a problem that could affect its ability to deliver.

“What you end up with then is a need to massively restructure the staffing, he says. “When you are going through the pain of a merger you want to take that quite softly.” Some of these savings can take years to deliver – the NHS often takes a decade to bring about service reconfiguration, he says.

A longer timescale can require commitment from commissioners and regulators.

Organisations may need breathing space to make these changes – in some cases, they have seen the ground swept from under their feet by services being put out to tender shortly after a merger has been achieved. But commissioners will be the winners if mergers go well, he suggests. “You want to enable organisations to deliver more specialist care at scale and mergers are a way to do that.”