Inspired by the success of last year’s event, Australians have decided to embrace the same principles to make a positive difference to services, says Mary Freer

NHS Change Day took many people in the UK by surprise. In the space of a few months, a conversation between a group of medics and improvement leaders had turned into an online social movement that captured nearly 200,000 pledges to make a positive difference to services. 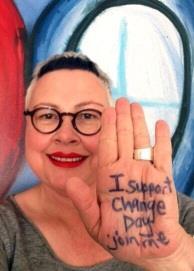 Staff across the NHS got on board with the Change Day philosophy; that real and lasting change could only come with the collective commitment of frontline health and social care staff.

Now, as NHS Change Day is celebrating its second year, it can also celebrate the birth of a sibling on the other side of the world.

In Australia, excited by what we saw last year, we’ve decided to embrace the principles of Change Day.

Like the UK, Australia has an ageing and growing population that is escalating pressures on the health system.

The government spends four times more on people aged 65 and over than other age groups, and currently more than a quarter of central spending is directed to health, age related pensions and aged care, with rising health costs by far the largest contributor.

The Australian workforce is getting older and workforce participation rates are falling as older people – including the health workforce – retire or opt to work fewer hours.

Australia’s health system is world class, but it is still struggling, facing the same burdens that the NHS does.

I was intrigued by what was happening in the run-up to Change Day.

‘When NHS Change Day surpassed the goal of 65,000 pledges and received 189,000, I cheered and applauded from the sidelines’

I followed the Twitter feed and checked in at the website, exchanged emails with English colleagues and wondered if the target of 65,000 pledges would really be made.

When NHS Change Day surpassed the goal of 65,000 pledges and received 189,000, I cheered and applauded from the sidelines.

When the call came from the NHS asking if we would like to join the movement, we didn’t hesitate.

As the country that gave the world Earth Hour and Movember, Australia is no stranger to social movements, but I did wonder if it was possible to host our own version of Change Day.

My main concern was whether it would work in Australia, where our health system is characterised by a federal structure of government with three tiers: commonwealth, state and local.

From a standing start, Australia Change Day – which takes place on Thursday – slowly began to attract interest from health leaders and clinicians around the country.

‘Australia’s health system is world class, but it is still struggling – facing the same burdens that the NHS does’

A group of us started to talk regularly on the phone, joined by some of the emerging leaders behind NHS Change Day. Finally, after months of meetings, writing letters, networking and tweeting, Australia Change Day was born.

With a pledge target of 50,000, people around the world are looking to us to see if the success of the NHS Change Day social movement model can be rolled out on an international scale.

Mary Freer director at Freerthinking, she has worked with the Australian government and not for profit healthcare and social welfare services