4
From compliance to commitment: build energy for change
Leadership

From compliance to commitment: build energy for change

The “energy for change” index is providing practical tools to develop greater capacity and commitment for change, write Martin Land and colleagues 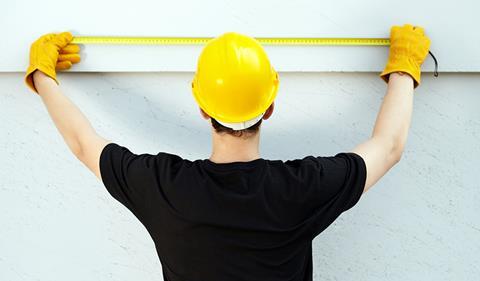 The NHS Improving Quality delivery team has developed and tested a new measure of “energy for change” which is helping to support innovation and improve service delivery.

More than 700 individuals spanning 25 healthcare organisations, not just in the UK but also in New Zealand and Canada, have now used it.

The focus of the “energy index” is not to judge a team or organisation’s energy for a change to happen, but to explain levels of staff energy, why it may be sapped and provide practical tools to develop greater capacity and commitment for change.

Too often, the experience of a change being “imposed” on staff leads to disengagement and apathy. Cries of “change fatigue” and “not another initiative to comply with” are often heard during these times of perpetual and large scale transformation.

The energy index measures energy in five domains: social, spiritual, physical, psychological and intellectual energy. Teams are asked to identify a change for which they want to measure current energy and each individual completes a short online questionnaire asking them about their personal perceptions of the change.

The index aggregates the data to provide an overall team energy score. In our sample of 712 staff working in healthcare, energy ranges from 54-84 per cent with an average of 72 per cent.

It also shows which energies are high, which are low, and which energies the team feels it is important to build in order to achieve their improvement objectives.

Energy for change is the capacity and drive of a team, organisation or system to act and make the difference necessary to achieve its goals.

The impact for teams comes from the discussion and new insights that are gained from using the data. There is no simple “score” to be reached, rather a context specific set of factors which, if not articulated, can strongly impede improvement.

For many teams it highlights the need to develop a shared purpose around the change and is one of many starting points that teams and organisations can use to implement the “NHS change model”.

To maximise the impact of the data, an approach to facilitate feedback to teams was developed. This requires gathering the team for an hour or more, running exercises that increase awareness of their own energy and the role it plays at work, and to consider their energy levels as a team and any gaps across the five domains.

Time is dedicated to action planning to enable teams to act on the results. There are several existing resources, which help build energy in the five domains, and our roadmap of resources provides practical tools and advice for building or aligning energy.

Most of the teams using the index demonstrated high physical and intellectual energy for change. This suggests leaders are good at presenting the rational argument for change and creating a sense of pace and momentum to deliver improvement.

However, leaders also need to recognise and build other energy domains of social, spiritual and psychological energy.

For example, one of the NHS leaders involved in our study cited work on redesigning an emergency care pathway and changing the use of accident and emergency facilities which was strongly driven by intellectual energy, with good comparative analysis and documentary evidence but without the alignment of social, spiritual and psychological energy required to engage and galvanise those involved.

The Energy Index is evidence based – built up from a combination of academic and desk research – coupled with interviews with NHS staff.

We developed the index to better understand, articulate and enhance energy – a catalytic ingredient to deliver improvements that are successful, sustained and spread.

In the East of England innovation lead Michele Upton faced continued non-compliance with a care bundle designed to reduce rates of bowel disease necrotizing enterocolitis in premature babies in just a few of the 17 neonatal care units under her remit.

The index revealed that in one of these teams both social and psychological energy were particularly low, and the team was keen to build these energies. They did not feel a sense of solidarity as a team, and a sense of appreciation and value for the work required to implement the change was missing.

One professional group saw it as someone else’s responsibility to make the change happen. Several years of published compliance data which consistently exposed the unit’s failings had affected their mindset for success.

Understanding that energy management can unleash improvement was an important message for the team.

Energy management is within a team’s control. They were determined to build their belief in themselves as a team and began to agree on and understand their roles in implementing the NEC care bundle thus unleashing psychological energy.

This team was also galvanised into taking action to change the social energy by choosing to strengthen the links between multiprofessional groups and participate in a celebratory event for teams across the region.

Positive recognition from senior leads, including the medical director, chief executive and heads of midwifery, helped the team to feel supported to make the change, further building on the psychological energy.

NHS Improving Quality, a newly formed national organisation providing improvement and change expertise in the NHS, used the index to identify the energies they needed to build to work effectively in an environment of uncertainty as the organisation went through its transition.

Individual teams completed the online questionnaire and received facilitated feedback. A common theme across the seven teams using the tool was the desire to build psychological energy for the change.

An action plan was developed by the head of organisational development (co-author of this article) which included the coordination of internal learning events to build recognition, confidence and competence. Many of these events were designed and delivered by staff for staff, with the support of the organisational development and human resources teams, and were focussed on sharing specific business relevant knowledge and skills.

A staff culture audit comprising of staff interviews was also initiated to capture and value the learning from the transition. Finally, team building sessions were designed and delivered with the objective of identifying and harnessing staff talents and strengths.

The overall aim was to enable a positive staff experience of the transition thereby accelerating organisational effectiveness. A survey completed by 63 per cent of staff showed that 59 per cent said learning and development opportunities had had a positive impact on their experience of the transition and 73 per cent said the opportunities had made them feel valued as a member of staff.

Staff sickness and absence rates remained low at under 1 per cent throughout the period.

The scale of change

Given the current economic, cultural and structural context of the NHS, leaders are facing an unprecedented scale of change. While organisations are in transition, expectations of making improvements – often across various programmes simultaneously – remain high. Often variation in how well a change is being implemented can be perplexing and unexplained.

Energy matters as managing your own energy and that of colleagues can be seen as a leader’s primary task. The index and supporting resources provide a new, personalised lens to explore what may be causing resistance to change and how that may best be overcome.

Energy for change is a concept that enables different and sometimes difficult conversations about what can best support improvement in the NHS.

It involves exploring a diverse set of factors that influence the force and vigour with which change is pursued.  As an approach it deliberately seeks to tackle parts of the improvement process that are often not reached – particularly social, spiritual and psychological domains – to complement the attention given to physical and intellectual aspects.

At a practical level it can help leaders and staff to articulate, explore and address the sense of collective energy in a team with a shared improvement mission.