Royal Bournemouth and Christchurch Hospitals Foundation Trust and Poole Hospital FT have reopened merger talks less than three years after agreeing they would not attempt to merge again for a decade.

The controversial idea is back on the table because the trusts believe a planned reconfiguration of acute services in east Dorset “could be achieved more easily under one management structure”. 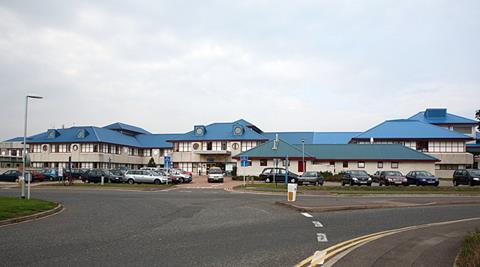 Commissioners plan to turn Bournemouth into a ‘major emergency hospital’

Bournemouth and Poole first decided to pursue a merger in 2011, arguing it was needed to ensure the retention of “sustainable local services”.

However, the merger was blocked by the Competition Commission in a landmark decision in October 2013.

The competition authority ruled that the merger would have led to a substantial lessening of competition, which would not have been outweighed by other benefits. The trusts’ preparations for the merger is believed to have cost in excess of £6m.

According to Poole’s August board papers, the idea has resurfaced because of a planned acute reconfiguration in east Dorset.

In May, Dorset Clinical Commissioning Group said it wanted to turn Bournemouth into a “major emergency hospital” and Poole into a “major planned hospital”.

The CCG believes centralising emergency and planned services on different sites in the east of the county will help to plug an estimated £158m funding gap by 2020-21, improve outcomes and pave the way for seven day services.

The trust board papers said: “Members will be aware that some of the changes associated with the Dorset clinical services review – in particular, the plan to separate emergency and planned care hospital services in the south east of Dorset – will be very challenging to implement as two separate organisations.

“Indeed, it has become increasingly clear that the many benefits associated with these changes could be achieved more easily under one management structure.”

“The two trusts have begun considering whether the option of merging the two organisations ought to be reviewed [and are] involved in exploratory discussions to understand the potential future options, and how these might be taken forwards”, the papers added.

However, the situation is complicated by the fact that the two trusts signed undertakings in December 2013 promising not to attempt a merger for 10 years “expect with the prior written consent” of the Competition and Markets Authority – the Competition Commission’s successor.

In a joint statement this week, Debbie Fleming, chief executive of Poole, and Tony Spotswood, chief executive of Bournemouth, said they decided to reopen the merger talks after a sustainability and transformation plan meeting with NHS England, NHS Improvement and Public Health England.

“During the course of this meeting, it was agreed that it would be appropriate for our two foundation trusts to reconsider the question of merger, given the very clear commissioning intentions of the CCG, which will require new organisational forms,” the statement said.

“In our view, the merger would definitely assist in the smooth implementation of the Dorset clinical services review, which is of course still subject to consultation.”

They added: “Both trusts are aware that there is a lot of work to be done before any changes could take place locally.

“Most importantly, this includes gaining the support of the relevant regulatory authorities for moving ahead in this way.”