2
HSJ Workforce Investigation: How to reduce the reliance on temporary staffing
Workforce investigation

HSJ Workforce Investigation: How to reduce the reliance on temporary staffing

HSJ is launching an investigation to see if providers can cut the the £3.3bn they spend on temporary staff every year. Sally Gainsbury reports 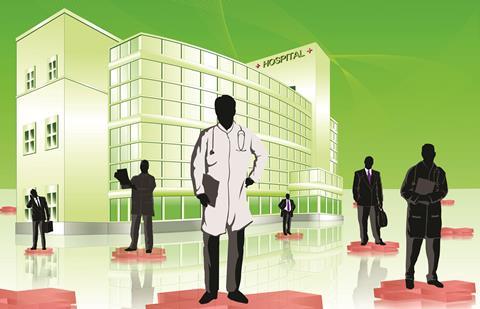 Workforce costs have never been an area the NHS can afford to be complacent about – accounting for around two-thirds of a typical provider’s operating expenditure, they are constantly under scrutiny.

But with the NHS being asked to deliver £22bn in efficiencies by 2020-21, workforce productivity is again centre stage, with a particular spotlight on the reported £3.3bn NHS providers have spent on temporary staffing in 2014-15.

So far, Monitor and Lord Carter’s efficiency review have taken the lead in analysing the factors behind the NHS’s rapidly growing expenditure on temporary clinical staff, and in proposing remedies to reduce it.

The interim Carter report recommended the use of e-rostering and other management tools to better deploy permanent nursing staff, while Monitor has implemented the first of a number of caps on provider expenditure with agencies in a bid to bolster the NHS’s collective buying power to drive down charges imposed by nursing agencies.

These actions could help, but not in isolation. Temporary staffing has proved an intransigent problem, not least due to the fact that reasons and available remedies for escalating costs differ between staff groups, organisations and regions, meaning there are few, if any, “silver bullets”.

HSJ is now launching its own investigation into the causes and consequences of the NHS’s growing reliance on temporary clinical and medical staff. The aim will be to help the NHS articulate its own set of proposals for addressing the temporary workforce problem, drawing on experience around the system.

These will likely include recommendations for individual NHS providers to change working practices, but they may also include proposals as to what central bodies and regulators can and should do to better support NHS providers in their bid to reduce temporary staff spending.

Clare Panniker, chief executive of Basildon and Thurrock University Hospitals Foundation Trust, says the investigation is timely: “This is the million dollar question facing all NHS providers. The challenges are the same as they have always been: ensuring patient safety and increasing productivity whilst reducing our reliance on expensive temporary staff.

“But staff shortages are more severe than ever before. Our focus has to include making NHS employment as attractive as possible, working harder to retain staff, using bank efficiently and improving processes like rota planning, development of new roles and more flexible working.”

HSJ is now calling for NHS managers, clinicians, regulators and leaders to submit evidence and proposals to the investigation addressing the central question: How can the NHS reduce its reliance on temporary staffing?

Submissions are welcome on all aspects of the medical and clinical temporary workforce: we are looking for evidence to better help us understand the extent and drivers of the problem in different areas and amongst different staff groups as well proposals to reduce dependency on expensive agency staffing.

Submissions can be made in confidence, if required, to workforceinvestigation@emap.com

Interim findings from the investigation will be reported later this year at the HSJ Summit on 5 November, with a final report published here online and as a special HSJ supplement in early December. We will follow this in the New Year with an invited roundtable of NHS management and clinical leaders to discuss the way forward.

Sally Gainsbury is a former journalist for the Financial Times and HSJ. She is now a senior policy analyst for the Nuffield Trust and is coordinating this investigation in a personal capacity. Email workforceinvestigation@emap.com