The issue of violence and aggression in emergency departments must be addressed in order to reduce staff turnover and improve recruitment, say Chris Wright and colleagues 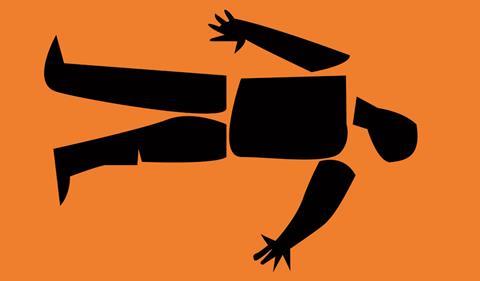 The anatomy of violence

The anatomy of violence 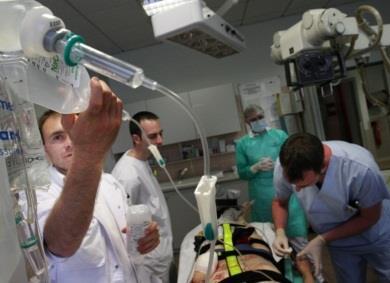 Violence and aggression towards emergency department staff is likely to be a key factor contributing to the recruitment crisis within emergency medicine.

‘Clearly, reducing violence and aggression in the workplace could act as a starting point in the resolution of the recruitment crisis’

Medical professionals are opting not to pursue a career in emergency medicine and there is overarching trend of current emergency department staff leaving the specialty. Only 44 per cent of registrar posts were filled in 2012.

It has been suggested that increasing levels of verbal and physical abuse in the workplace is a contributory factor to this workforce crisis, in addition to negatively affecting patient care and staff wellbeing.

Many strategies to combat violence and aggression have been considered in the past, but perceived vulnerability of staff remains rife within emergency departments.

We sought to explore the extent of violence and aggression at a UK major trauma centre, and its impact on staff morale and retention.

A researcher-administered questionnaire was conducted over two months, involving 51 members of staff. The questionnaire aimed to explore perceived violence within the department and its impact on workplace morale and retention. Tshe data collected was confidential and anonymised. Staff were informed that the questionnaire would be anonymous and verbal consent to participate was obtained. There was a written statement of confidentiality on the response forms.

Out of 51 people, all of them had experienced violence and aggression in the workplace; 45 per cent majority faced incidents on weekly basis). Forty-five per cent of staff had sustained a physical injury from a patient or visitor at some point during their career, but only 45 per cent of those were reported to the trust. Sixty-five per cent of staff felt that the “zero tolerance” approach in place was non-effectual, having reported feeling “threatened”, “angry” and “frustrated” as a direct result of abuse at work.

Seventy-three per cent reported that perceived safety would be improved by an increased security presence in the department; and 22 per cent of respondents would reconsider a career in emergency medicine solely due to aggressive behaviour from the public.

Upon analysis of the electronic logbook systems, it was found that the number of incidents reported by security (545) was vastly different to the number of those reported by staff (78) over the same time period (January 2011-August 2013).

Violence in emergency departments is significantly underreported, resulting in a hostile working environment that remains unmonitored and not fully acknowledged. Fifteen years on from the introduction of the zero tolerance policy, the NHS continues to lose over £69m a year because of violent episodes.

In 2012, 15 per cent of all hospital staff in the UK experienced physical violence from patients in the previous 12 months, with frontline emergency staff at a greater risk.

‘Violence and aggression is perceived as “part of the job”’

Our preliminary report was conducted at one major trauma centre in the UK, an epicentre of acute care, and so the high incident rates identified may be linked to the additional risks associated with the challenges encountered at such units.

The issue of violence is more widespread than previously recognised, indicating misplaced complacence from the NHS when it comes to safety of frontline medical staff.

In November 2013, the College of Emergency Medicine, UK, released 10 priorities in order to combat the emergency medicine recruitment crisis, and recommended that NHS England needs to “better recognise… the intensity of A&E work” alongside “encouraging and advocating sustainable, flexible and rewarding careers”.

Aside from the significant financial incentive to improve staff safety, there are also the benefits of staff retention and improving the delivery of healthcare, both of which have been shown to be negatively affected by violence and aggression. The specialty is witnessing the lowest ever fill rate of higher trainees.

Not only are staff detracted by the specialty, but they are leaving at an alarming rate. Sixty-six consultants have left emergency medicine for a career in another country in the last 12 months. However, it is not just the reduction in doctors that is of concern, with a fifth of all respondents interviewed having reconsidered their career in A&E solely due to aggressive behaviour of the public.

There is a dominant feeling that despite the zero tolerance policy being a good template for defensive action against aggression and violence, in reality it is not enforced and therefore has little impact.

In 2011-12, 97 incidents were reported at the institution where we did our research but the Crown Prosecution Service had made no sanctions. Unsurprisingly, many respondents felt that little would result from reporting any incidents to the trust.

This is demonstrated by the discrepancy between incidents reported by staff and those recorded by security at the hospital, which reflects that violence and aggression is perceived as “part of the job”. A culture of consistently reporting must be developed in order to allow the institution to respond and react to the increasingly violent environment at emergency departments.

Further work needs to be undertaken to identify key vulnerable components of the environment that are amenable to interventions to tackle violence and aggression. Improved links with the police, alongside increased security presence, would be natural starting points. Nearly three-quarters of staff felt that an atmosphere that actively deters high-risk individuals through a proactive approach by hospital security would potentially reduce the incidence of violence in the ED.

Departmental layout was also deemed to be an important feature of perceived safety, and staff believed that a more open, patrolled unit may reduce violence and aggression. Other areas for improvement included alarm buzzers, conflict resolution training, more CCTV and better self-defence training.

The findings of this research have been presented and distributed to senior management at the institution; and consequentially the proposed changes have been incorporated into the major trauma centre’s guidelines and plans.

Part of the hospital is undergoing redevelopment and, as a result of our report, there will now be a permanently located security desk in the emergency department waiting room. This desk will be manned from 8pm to 4am, Monday to Sunday, while there will also be an increase in CCTV cameras in the department, allowing for 24-hour monitoring. These changes were encouraged by staff and a future audit will be performed in order to evaluate the efficacy of the project.

The increased security presence may make staff feel safer; however, the limited power of security officers often results in numerous calls to the police.

An innovative scheme began on the 1 April at the Royal Blackburn Hospital in partnership with Lancashire Constabulary in an aim to combat violence and aggression in the emergency department. This is a scheme, which, if effective, could be employed within a trauma centre setting.

An approach consistently in use is conflict resolution training. In 2004 the NHS introduced a national conflict resolution training for all new and existing staff. NHS Protect concluded that the training has a positive effect on staff and improves their ability to deal with workplace violence. Staff opinion contradicts these findings, with only 13 per cent expressing that they feel safer after attending a training course.

Finally, a novel approach, which on first evaluation has proved successful and cost effective, has been the redesign of emergency departments. In June 2011, PearsonLloyd and the Design Council were commissioned by the Department of Health to pioneer a new design-based approach to reducing the incidence of violence and aggression in A&Es.

They have focused on two solution pathways: the Guidance Project, to guide patients through the department; and the People Project, implementing reflective practice for existing staff. In November 2013, ESRO and Frontier Economics published a report into the changes and found that “threatening body language and aggressive behaviour fell by 50 per cent post-implementation”, as well as reporting an “improved patient experience”.

Our preliminary report is based on a single major trauma centre and further centre-specific research is required to identify and combat the unrecognised additional risk factors posed by these specific hospitals. The issue of violence and aggression in emergency departments must be addressed on both a local trust and a national level, in order to reduce staff turnover and improve recruitment into the specialty.