Equivocal measures of the NHS to deal with workforce whistleblowers need to be overhauled and replaced with processes based on simple principles of fairness. By Narinder Kapur 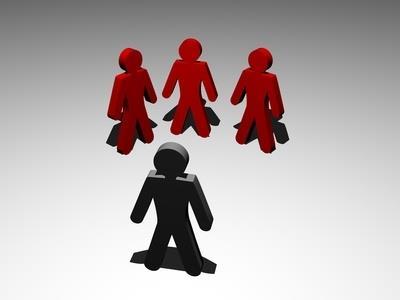 The long awaited report of the Independent Inquiry into the treatment of the award winning nurse Amin Abdullah, who burned himself to death after being dismissed on flawed grounds, makes damning criticisms of individuals and of unfair disciplinary processes, which in effect amounted to a “kangaroo court”, riddled with unconscious bias. Reform is all the more urgent because such processes are sometimes used to bully or deter NHS whistleblowers and black, minority and ethnic staff and contribute to low morale amongst the NHS workforce.

On 9 February 2016, not long after he qualified as a nurse, and a few weeks after going through a harrowing dismissal process, Amin Abdullah burnt himself to death outside Kensington. A video of Amin Abdullah’s story, in pictures, words and music, is available here.

The just published Independent Inquiry report by Verita has found:

Fundamental changes to how the NHS manages staff include having simple principles of fairness for decision making processes.

Disciplinary panels should be constituted according to PIPE principles – Plurality (more than one decision maker), Independence (some members on the panel external to the employer), Panel training to prevent conscious and unconscious bias and training in principles of investigation (cf. D Simon. (2012). In Doubt. Harvard University Press, and the related website, www.indoubt.net) and relevant Expertise, as related to the specific professional, technical, cultural, language, etc attributes of the staff member in question.

Where an investigation of a member of staff is conducted on a matter that is serious enough to include the possibility of severe discipline or dismissal, the investigation process should be carried out according to these same PIPE principles.

The outcome of hearings should be subject to PRIME principles – ensuring that any punishment is Proportionate, exploring how Remediation could help the individual, carrying out an Impact assessment of any punishment, ensuring that Mediation is fairly and thoroughly explored where there are issues of an alleged breakdown in relationships, and External, expert assessment of these four principles being fairly and robustly implemented.

Action to be taken

What should happen now is clear:

Running a successful NHS could be seen as managing a “triangle” that consists of patients, resources and staff. There has rightly been a major focus on two sides of the triangle – patients and resources. It’s time we did more for the staff side of the NHS triangle.

Amin Abdullah came to the UK with a dream, a dream that turned into a nightmare. We owe it to Amin Abdullah’s memory to immediately implement measures that do not destroy the lives of other dedicated healthcare staff in the future. May Amin’s soul rest in peace.