Anaphylaxis: taking on a sensitive subject

Smarter prescribing and better training are key to cutting costs and improving care for anaphylaxis − a topic too often overlooked by commissioners. By Claire Read 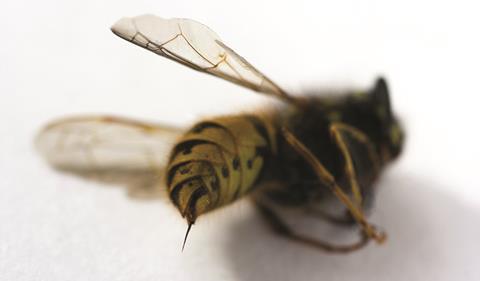 Steve Ogram, key account manager at pharmaceutical firm ALK-Abelló, spends his working days trying to get the issue of severe allergy on to the agendas of commissioners. It is, he reports, far from an easy task.

“Unfortunately allergy is just not perceived as a serious illness,” he explains. “Commissioners aren’t always quite aware of the debilitating nature of what allergy can bring to someone’s life. Research has shown that the quality of life of a child with a peanut allergy can be worse than that of a child with insulin-dependent diabetes.”

The likelihood of that is increased when an individual suffers from severe allergies. Anaphylaxis − an extreme allergic reaction to an antigen − affects the whole body, generally happens within minutes of exposure, and can be fatal.

According to the National Institute for Health and Care Excellence, 20 people die each year in the UK due to anaphylaxis. To call allergy a non-serious condition is thus clearly a misnomer. And yet Mr Ogram is far from the only one to report a lack of focus on the issue.

“One of our key challenges is just getting recognition of the seriousness of the condition,” admits Lynne Regent, chief executive of charitable organisation the Anaphylaxis Campaign. “It’s a challenge just to get people to understand what the issues are.”

It is undeniable that those issues are multiple. A severe allergy is not always a straightforward condition to handle − for sufferer, carer, or healthcare provider. For a start, identifying those with the potential for a future, very severe allergic reaction is not simple.

“There isn’t a test where you can say you’ve got this result and therefore we know you’ve got this condition,” points out Sarah Crotty, interface pharmacist at Aylesbury Vale and Chiltern CCGs. “The diagnosis is generated from taking a history. A clinically severe allergic reaction is generally an unexpected event which is not commonly witnessed by a healthcare professional. It is therefore not something which you can easily define as a ‘disease’, in the way you can with heart failure or asthma.”

The challenges do not end with a diagnosis. While adrenaline can be a highly effective first aid treatment prior to attention in hospital, it too has complexities. It must be administered quickly, and the unexpected nature of anaphylaxis means that adrenaline typically needs to be self-administered, or given by a non-healthcare professional known to the sufferer. That in turn means that the sufferer needs to carry an auto-injector device at all times − sometimes easier said than done given that many of those with known severe allergies are youngsters. Add to that the relatively short shelf life of adrenaline and the need for sufferers to regularly replace their devices and you immediately have several challenges with which providers need to grapple.

Yet as Mr Ogram and Ms Regent report, it seems many commissioners may not be doing so. The explanation may not only be the common concept that allergy is not a serious issue, it may also be the relatively small scale of anaphylaxis. While precise figures do not exist, estimates suggest that one in 1,333 of England’s population has experienced an anaphylactic reaction at some point in their life. The prevalence of severe allergies may be significantly on the rise but it remains a rare condition when compared to, for example, the more than one in three people in the UK who will be diagnosed with cancer at some point in their lives.

All that means that the cost of providing adrenaline auto-injectors to sufferers is a fairly small chunk of a commissioner’s budget. It seems that a belief that anaphylaxis is not an area in which significant quality or cost improvements can be made is combining with the relatively low frequency of deaths to make anaphylaxis a lower priority condition for commissioners.

It is, argues Mr Ogram, a significant oversight. “A short, determined effort can bring about a quantum shift in terms of the management of the patient, and potential for cost savings,” he reports.

It is something which Ms Crotty has seen first hand. Last October, NHS Buckinghamshire changed their recommended auto-injector product from EpiPen to Jext, manufactured by ALK-Abelló. It was a decision initially driven by the desire to increase the likelihood patients had an in-date device − Jext has a maximum shelf life of 24 months from date of manufacture - without any significant effect on the budget for adrenaline auto-injectors.

“When we took on Jext, we did think it was going to cost us a little more money because it was a more expensive product than the brand leader,” Ms Crotty explains. “But it has a longer maximum shelf life, so we thought we would spend a bit more in the first year and save a small amount in the second.”

The reality has been different − Ms Crotty says the potential for some cost savings has been seen almost immediately. She suggests this is because a more general opportunity to review anaphylaxis provision was enthusiastically seized. “We dovetailed the switch with giving guidance to GPs about how many auto-injectors to prescribe and who would qualify for one,” she explains. “So we have already seen a reduction in the volume of devices prescribed.”

“When we talk about savings, there are several potential savings above and beyond the longer maximum shelf life of Jext compared to EpiPen,” explains Mr Ogram. “They all link in with the management of the patient. If you improve the prescribing, you improve the costing, because there’s less wastage.”

The chances are that many organisations could make such improvements. Since no national guidance exists on how many auto-injectors should be prescribed, and to whom, local guidance is often varying or absent. That was certainly the case in Buckinghamshire prior to the switch to Jext.

“We didn’t really feel there were proper criteria for who should be offered adrenaline injectors,” reports Ms Crotty. “We wanted it to be a bit clearer which cohorts we thought should have an adrenaline injector, and so we developed some local criteria.

“We weren’t intending to restrict availability, just make it a bit more consistent. It appeared to me that some GP practices were offering the auto-injectors to lots of patients and other practices seemed to be prescribing far fewer.”

It was a similar story when it came to the number of devices. “We didn’t really have an agreement on the number of auto-injectors that was appropriate. I think there was some historic PCT guidance and there was some hospital guidance, but they didn’t give consistent advice about quantities.”

In Buckinghamshire, the two CCGs and the local hospital came together at the joint formulary management group and area prescribing committees to discuss how many devices should be issued. This included discussion with the local allergy lead. The ultimate decision was to recommend two devices, with a third in some exceptional instances − when the sufferer is a young child, for example, who cannot and should not be depended on to carry the device. It is a decision which mirrors the advice given by the Anaphylaxis Campaign.

“We feel that every patient should be prescribed two auto-injectors and that those devices should be with them at all times. But we are increasingly finding that patients are being prescribed only one auto-injector,” says Ms Regent. “There’s always the danger that the first device is used inappropriately - there are cases where people accidentally inject their thumbs, including among clinical professionals.”

At the other end of the spectrum are requests for multiple devices. “There’s a small but significant group of patients that has way, way, way more pens than necessary − 10, 12, 14 sometimes,” explains Mr Ogram. “We had anecdotal reports of two for granny, two for mum, two for dad, two for school and one for my pocket,” Ms Crotty says.

Interestingly both the too-few and too-many scenarios point to an area for improvement in anaphylaxis provision: education and training. Patients, carers and health professionals all need to be confident in how to administer the device, reducing the risk the treatment is given incorrectly. Sufferers and carers also need to understand that the risk of an allergic reaction does not cease during the time it takes to move between home and school − devices must be carried at all times.

Funded entirely by charitable donation, the Anaphylaxis Campaign is a major provider of training. Ms Regent reports that some organisations have block bought the campaign’s e-learning modules but expresses concerns about education elsewhere.

“We’re concerned that some of the training that is being offered to healthcare professionals, to school nurses and to nursery nurses, is inadequate. And it’s absolutely vital that they are completely up to speed so that they can train other staff on how to deal with children who have severe allergies.”

Unfortunately, commissioners can find it difficult to reach such groups. It is thus unsurprising that some cite the training offered by ALK as an important reason for moving to Jext.

“We didn’t really have the staff locally to do this type of training,” reports Ms Crotty. “So the training was a key reason we switched. They provided packs for every GP practice and every community pharmacy. Having all these tools has been really helpful for us.”

In Buckinghamshire, there has been a focus on patient education too. GPs are asked to ensure at annual reviews that patients know how to use devices and understand the importance of replacing them when the expiry date arrives. Pharmacists are also involved.

“We engaged with the local pharmaceutical committee to make sure the pharmacists were asked to check that patients had been counselled when they changed over to the new device,” says Ms Crotty. “Since patients are not changing this product every month, when a new device is issued that’s a good time to say: ‘You haven’t had one of these for a long time, can I show you how to use it?’”

The experience in Buckinghamshire suggests that both patient and commissioner can benefit from a review of anaphylaxis provision, including auto-injectors. But for now Mr Ogram reports that it is still a daily battle to get organisations talking about allergies and understanding the potential cost and quality benefits of looking at auto-injectors. He wonders if this is another area in which the NHS is failing to share best practice and learn from the experiences of others.

“If it was commercial industry, the drive would be to learn from other people but we haven’t really seen that with the NHS,” he says. “There are easy wins here,” he says. “It’s not as though there’s a huge amount of work to do to make savings and improve the management of the patient. And at the end of the day, these are potentially life-saving medicines.”