The drive for a diverse NHS workforce is about more than being seen to do the right thing - there’s good evidence that achieving one results in better patient care, writes Ingrid Torjesen 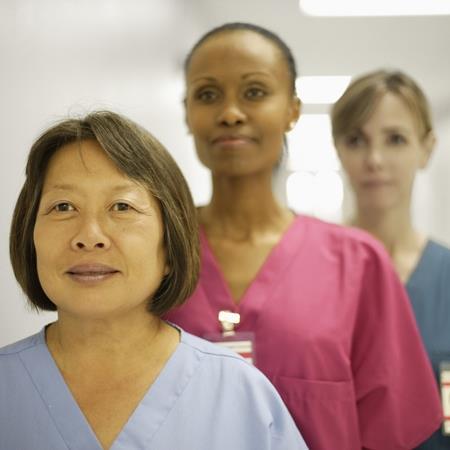 There is increasing evidence that there is a strong link between having a diverse NHS workforce, in which all staff members’ contributions are valued, and good patient care.

Diverse teams have been found to outperform teams in which people are more similar, both in terms of productivity and creativity. This is because diverse teams bring different skills, experience and knowledge to the table.

So how representative is the NHS in terms of the patient population it serves? 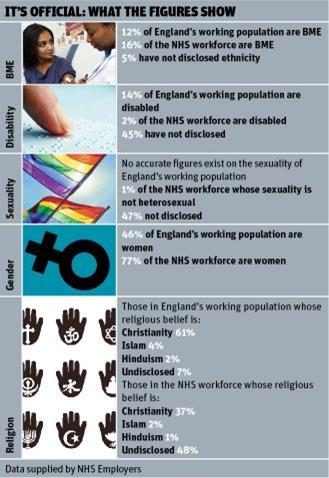 Paul Deemer, head of equality, diversity and human rights at NHS Employers, says that it is generally good.

“BME representation across the workforce is about 16 per cent, which fits in with the national percentage.”

But, inevitably not every trust reflects that diversity. It’s about every one of the 500-600 organisations within the NHS striving individually to represent the community it serves.

More recent research by Dr Dawson, now based at Sheffield University, found that where the ethnic diversity of frontline staff is similar to that of the local population, patients report better outcomes.

The civility of staff in their dealings with patients seemed to be a crucial factor and this is greater where the ethnic mix of staff and patients are similar.

In April this year Middlesex University published Snowy White Peaks, the results of a survey of NHS trusts in London assessing trusts’ progress in the 10 years since publication by the Department of Health of The Race Equality Action Plan in 2004.

In the same period the proportion of chief executives and chairs from a BME background has decreased from 5.3 per cent to 2.5 per cent, and today two fifths of London’s NHS trust boards do not have a single BME member (executive or non-executive) on them.

The proportion of senior and very senior managers from BME backgrounds has not increased since 2008, and has fallen slightly in the last three years. White staff in London are three times more likely than BME staff to be senior or very senior managers.

Snowy White Peaks also looked at gender and found that the proportion of women on boards is 40 per cent, and that women are especially underrepresented at chair and chief executive level.

This underrepresentation at senior level is not limited to ethnicity and gender. Mr Deemer believes it also applies for sexual orientation, disability and religion, although this is more difficult to demonstrate because of a reticence among staff to disclose this sort of information.

“Around 40-50 per cent of NHS staff haven’t actually disclosed whether they have a disability or what their sexuality is,” he says.

“When it comes to the staff survey, which is anonymous, the levels of reporting of disability and sexuality are much higher and way above the figures that are given in staff monitoring,” he says. Not having evidence of the full extent of the problems makes it more difficult to try to tackle.

In 2010, The Equality Act 2010 simplified anti-discrimination law in employment by bringing together existing statutory instruments in areas such as race, gender, sexual orientation and disability equality under one act.

The challenge for organisations is to keep working on existing programmes and introducing new ones to act on the issues that data clearly highlights. Snowy White Peaks reported the problem was less the lack of data and more the lack of decent recommendations made because of it.

Mr Deemer says: “The future is going to lie in terms of the equality delivery system.”

Although the equality delivery system is not mandatory, NHS organisations are strongly encouraged to implement it. It offers a toolkit and framework for assessing how they are performing with regard to equality, diversity and human rights, how they can improve.

‘The CQC needs to take a more proactive role and look at the other strands of equality, diversity and human rights’

The majority of NHS organisation are working to the equality delivery system. Mr Deemer says this is because there is “a very strong system imperative” to do so.

“More than anything, the EDS is a simple and straightforward framework that trusts can use to evidence their commitment to diversity and inclusion in a way which reads across to other parts of their organisational patient and employee engagement strategies.”

For clinical commissioning groups, an expectation that they will use it is also written into the authorisation process.

The responsibility for regulating compliance with the Equality Act falls to the Equality and Human Rights Commission, but the Care Quality Commission has strong elements of equality and diversity written into its quality standards.

“It was only a few years ago the commission used to conduct themed inspections,” says Mr Deemer.

“The CQC probably needs to take a more proactive role in this area and look at the other strands of equality, diversity and human rights.”